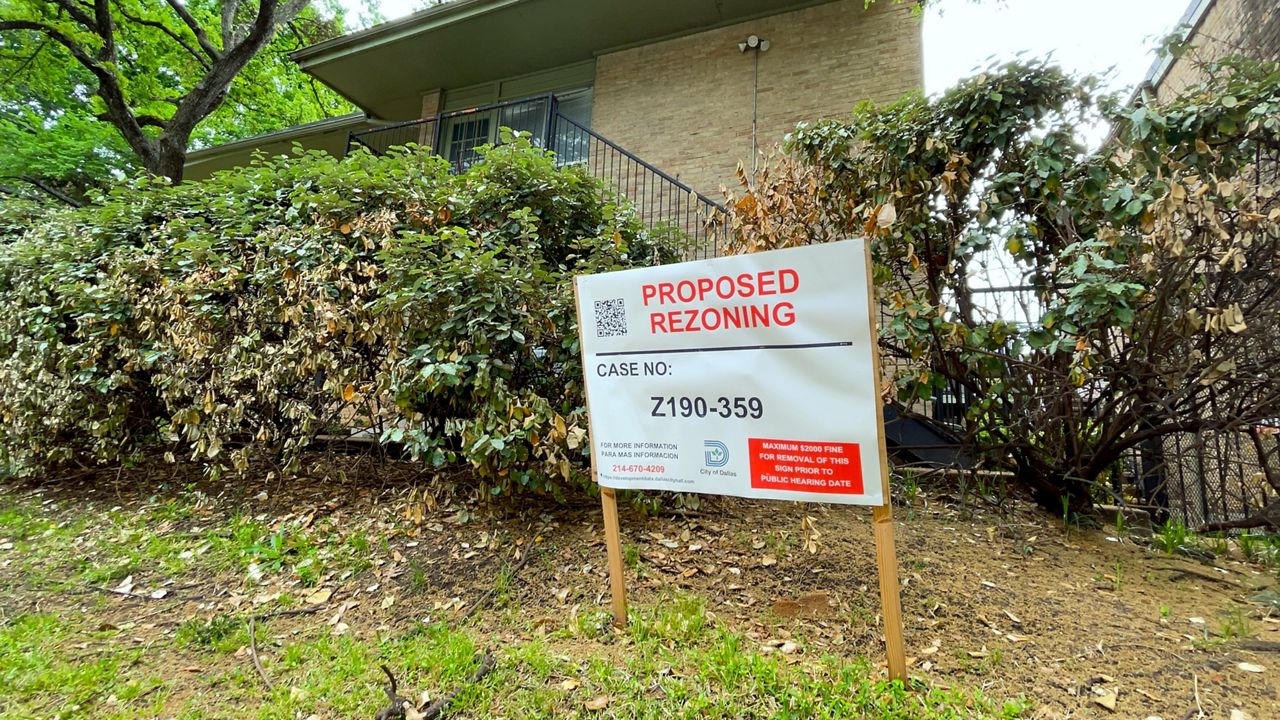 DALLAS — Increasing density and property height, removing affordable housing and tearing down decades old greenery: those are the nightmares many Oak Lawn residents say they’re in for if their neighboring complex is rezoned and later torn down to make way for a new high-rise.

The Turtle Creek Terrace Condominiums (3.8 acres, MF-2 zoning) currently occupy the site where a controversial zoning case has been the point of contention for years now. Back in 2018 and early 2019, the “Lincoln Katy Trail” project by developer Lincoln Property Co, was shot down initially by the City Plan Commission and later, City Council. The developer is asking to upzone the site and increase the allowed height up to 70 feet. MF-2 sites cap current maximum height allowance at 36 feet.

Seven homeowners associations in the area oppose it and so does Dallas Homeowners League and the Oak Lawn Committee. However, the developer has gained approval this time around from the CPC, and council will take a vote on the rezoning case on April 28.

"If this case were to be passed, what you would see would be massive destabilization of this entire area with these lower density neighborhoods being rapidly bulldozed and replaced with high density developments,” said Vine Condominiums HOA President Tony Page. "Many of the city council members who don't live in this area, who don't represent this area, all they see is there'd be tax revenues coming into the city, higher tax revenues. But they're not the ones who would be responsible for dealing with the residents that would be having their neighborhood essentially taken out from under them and in destroyed.”

Page has been living at the neighboring Vine Condominiums for over a decade. He loves living so close to Katy Trail and Turtle Creek Park, and you can often find him riding his bike. He’s been against this development from the get-go and says a project like this would loom over Turtle Creek Park, one of the city’s most significant parks.

“That would create a negative impact for people that are in the park trying to enjoy it. And one of the great things about Turtle Creek Park today is when you're in that park, your views, you feel like you're out in the countryside cause you look and all you see are trees and sky when you look to the east. If this project were to be built, instead, you'd be looking at a massive apartment building,” Page said. "Turtle Creek is literally just 200 feet away from the site. The developer’s plan would be to take this site, which is 3.8 acres, and clear cut all 91 trees, which is a huge part of the tree canopy here.”

“The prospect of it passing has already caused property values to rise considerably in the area to the point where it will no longer be economical to retain the original two-story, garden style apartments,” Ridley said. "But would cause a cascade of redevelopment to result in a series of high rises all along Carlisle Street, forever changing the character of Oak Lawn.” 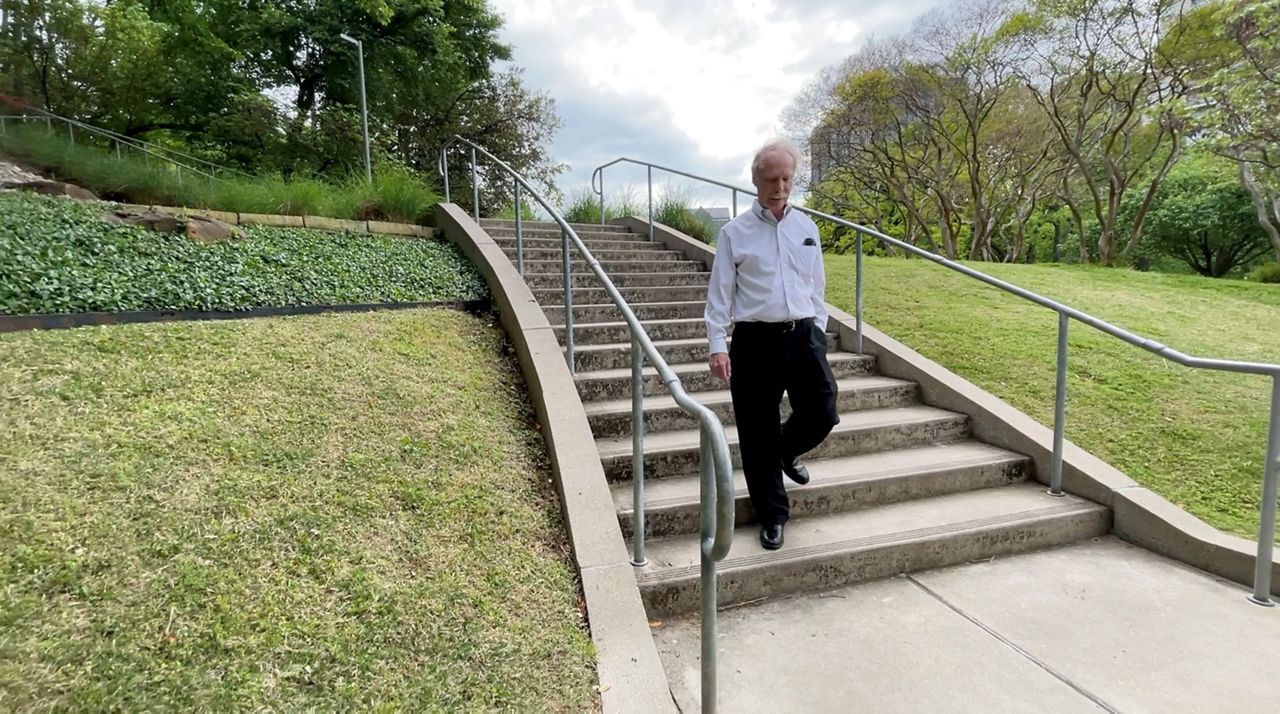 Ridley is committed to public service in Dallas, spending more than a decade investing in the future of Dallas. He served on the Plan Commission for eight years representing District 14. In 2019, the Oak Lawn Committee also recognized him with an award for his dedication to the committee. All this to say, Ridley has made it clear he wants no part in this development.

"[The development] would, if approved, remove a lot of affordable housing. 100 units that are represented by this property would be replaced with 315 new units in the new building that would span all the way from Hall Street to Bowen, an entire city block,” Ridley said. "The real value of this existing development is it's one of the few still remaining affordable apartment buildings in Turtle Creek here. And people are getting priced out by rising land values and the development of much more expensive luxury apartments to replace places like this."

Another factor adding to the contention over this development is that neighbors say Lincoln Properties “has failed to engage collaboratively with the community to address well-documented concerns.” Spectrum News 1 reached out for comment from the developer, who didn’t answer.

"To date, the developers won't even return our phone calls or answering emails from us,” Page said. 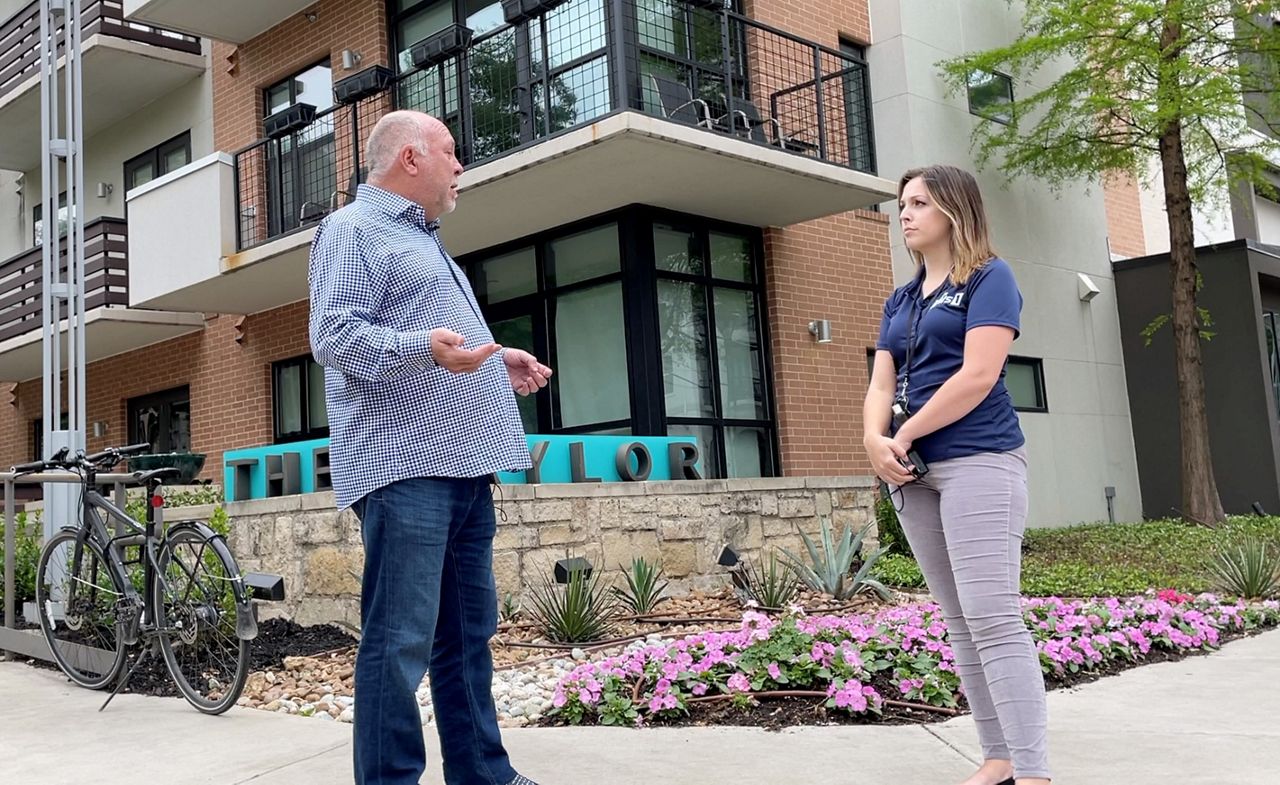 For nearly 40 years, zoning cases impacting this neighborhood have followed a standard community engagement process to make sure that the project is aligned with the Oak Lawn Plan within PD-193. The Oak Lawn Plan was put in place in the early '80s to ensure protection for the low density neighborhoods that were close to downtown.

"They anticipated there'd be a lot of development pressure coming this direction. And so to incentivize residents to continue to live here and invest here, they put in place a plan and a zoning ordinance to protect these low density neighborhoods,” Page said.

Although the Oak Lawn Plan is an unofficial city plan and not an actual law, Page said it’s a standard the city is supposed to use as a guidance when evaluating zoning cases. If this rezoning case is approved, Page said the next step would likely be a lawsuit.

"The official zoning ordinance states that zoning decisions should be made in reliance upon this Oak Lawn Plan. So, the City Planning Commission didn't do that,” Page said. "I think there's good grounds for lawsuit because this is a black letter violation of the Oak Lawn Plan. It also violates the city's comprehensive land use plan, which explicitly states that small neighborhoods adjacent to the urban core are supposed to be protected, and new development is supposed to be directed away from those areas and into areas where development is necessary.”

Page and Ridley both say if this case is approved, it may set a precedent for other developers eyeing the Oak Lawn neighborhood.

“Prior to this case, there’d been a strong precedent set in this in this area where developers knew that the city would not entertain any changes to the law to encourage this upzoning. And with this case being passed by the City Planning Commission, it's already set in motion a lot of speculative activity where brokers are seeking to tie up other properties and some owners are seeking to sell their properties to similarly make windfall profits through these upzonings and be able to build significantly taller buildings, as high as 240 feet. The incentive to them, obviously, is because they can make a lot more money doing that. The land is worth much more if you can build a 240-foot tower than a simple three story townhome. And that's kind of the heart of what's going on right now,” Page said.

The zoning case is on Dallas City Council’s April 28 agenda. You can find a staff report on the case here.