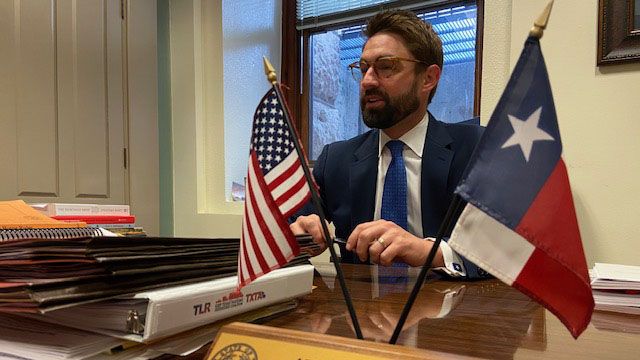 Power Players features state lawmakers rising through the ranks or making a notable mark on the 87th Texas legislative session. Each week, Capital Tonight will feature an elected official to give you a chance to get to know the person behind the powerful position.

AUSTIN, Texas — State Rep. Jeff Leach's dog, Franklin, has caught on that his dad leaves Sunday nights or early Monday morning to head down to Austin for work.

"He blocks the back door to keep me from leaving," said Leach (R - Plano).

Leach is serving his 5th term and is the chair of the Judiciary and Civil Jurisprudence committee. He’s a proud Baylor University alum and got his Law Degree at SMU.​ He has quite the crew back home in Plano, Texas, and misses them when he's away. It's the town he grew up in and it's where he met his high school sweetheart, Becky.

"There's no better place than being home. As much as I love serving here in the Texas Capitol, in this house, my house back home is — there's no place I'd rather be," said Leach.

His three kids are a big reason why he is a legislator.

"I want my kids to have the same Texas, actually not the same, a better Texas than I had growing up," said Leach. 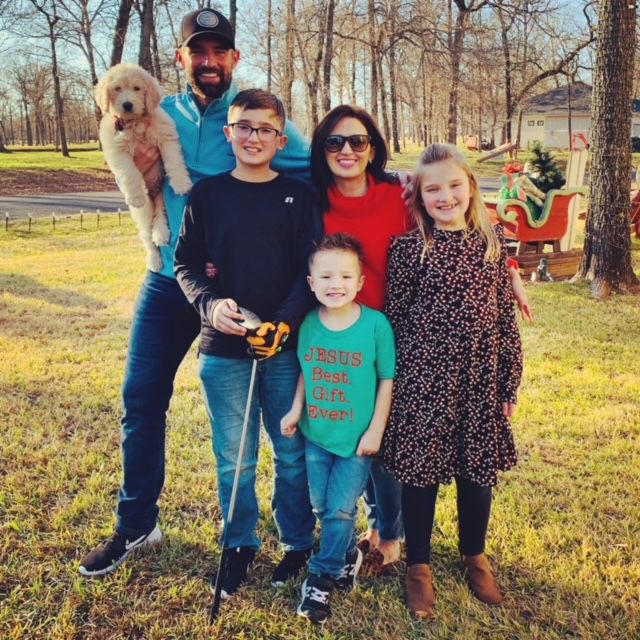 He grew up in the church and his faith is still a big part of his life. He's also known to legislate on Christian conservative ideals.

"My faith sustains me and my love for Jesus Christ is the most important thing in my life. I'm not perfect by any means, not even close, but strive every day to bring glory to him and honor my family and do the right thing," said Leach.

But he's not always serious and enjoys slap-stick comedy when away from work.

"If I'm really being honest with you, I grew up loving Chris Farley and Adam Sandler. I love Tommy Boy and those ridiculously silly and funny movies," said Leach.​

When it comes to what he's most proud of under the pink dome he says passing the constitutional ban on state income tax in 2019 tops the list. He's hoping to get another constitutional amendment passed this session, too.

"To protect our churches and houses of worship across the state from unreasonable, unlawful closure by government officials. I believe that our fundamental rights, including our fundamental right to practice our religion, a symbol of worship is so integral to who we are as a nation and a state. The very fabric of our nation is built on that important right and I think we need to protect it more so than we are doing," said Leach.