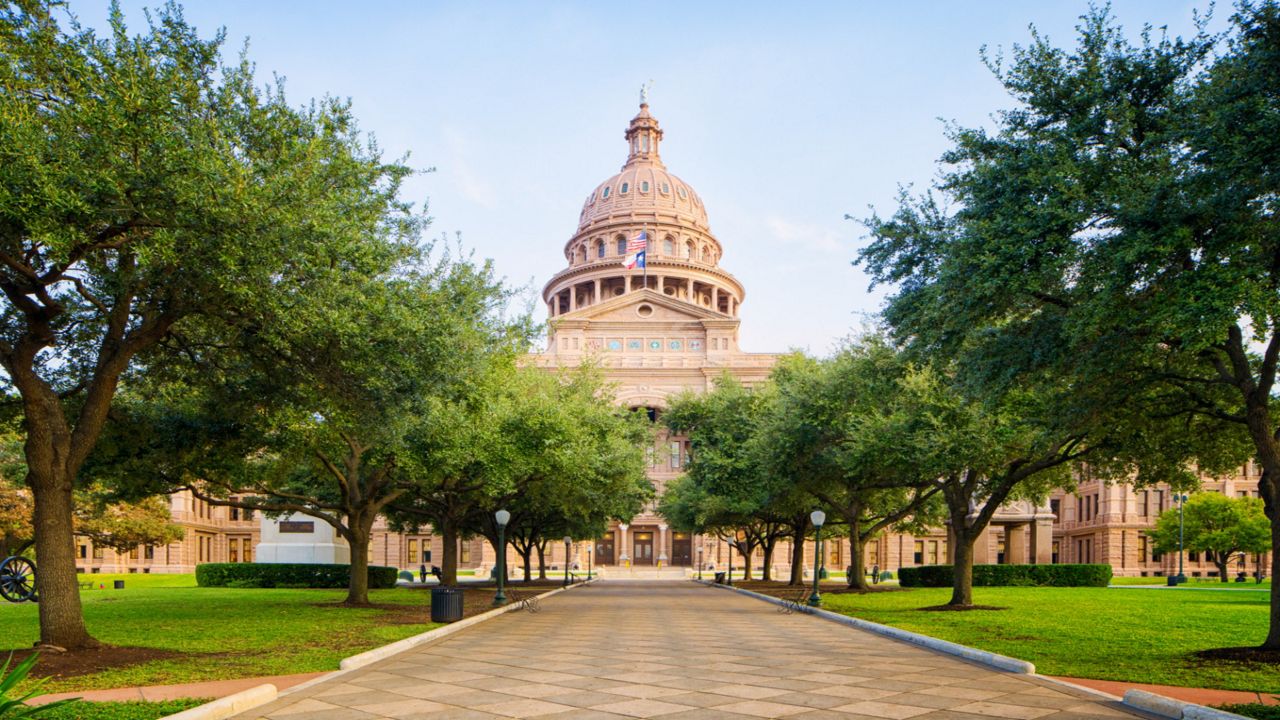 AUSTIN, Texas — The gun debate is back at the Texas Capitol and this year state Republicans are confident this could be their best shot at passing what's called "constitutional carry." Legislation is advancing that would allow handguns to be carried without a permit. Gun rights advocates also have at least one powerful ally in House Speaker Dade Phelan.

Phelan and Rep. James White, R-Hillister, teamed up during the last legislative session in authoring a similar bill, which never reached the House floor for a vote. ​

Now opponents are once again lining up, including those in the law enforcement community who say they rarely speak with one voice but the permitless carry of handguns is an issue where labor leaders and department chiefs have shown a united front.

Jorge De Leon lives with the memories and consequences of war. As a former police officer and Army veteran who lost his leg in Afghanistan, he says he understands just how important training is.

“It’s because of the training that I'm alive today. I've been in shootouts,” he said.

The longtime licensed to carry instructor was at the Texas Capitol Tuesday to speak out against House Bill 1911, a proposal that would allow the permitless carry of handguns.

“I lost a leg fighting for our Constitution, for our rights, but also I have to admit that not everybody should carry a gun. I mean, not everybody deserves them,” De Leon said.

Police association members and chiefs were also there arguing that so-called "constitutional carry" would make the work harder for law enforcement officers.

Under current state law, Texans who are at least 21 years old are required to obtain a license to carry handguns either openly or concealed. That includes four to six hours of classroom training and applicants must pass a written exam and a shooting proficiency demonstration. Many are ineligible due to criminal records or mental status.

But the bill's author, Rep. White, says it's about a constitutional right afforded by the Second Amendment.

“The people of East Texas sent me here. They didn't send me here just to promote things that are popular with people here in Austin. They told me to come up here and live up to the Constitution,” Rep. White said.

But law enforcement groups argue there are conditions to those rights.

“The right to bear arms is not unfettered, either," said Kevin Lawrence, the president of the Texas Municipal Police Association. "We disagree with the folks that push this issue. They take one half of one amendment and ignore the rest of the Constitution.”

And some police say dealing with armed, untrained citizens during crisis is one more thing to worry about.

The full House is expected to take up the bill on Thursday.

Click the video link above to watch our conversation with Rep. White and a license to carry instructor who opposes the legislation.