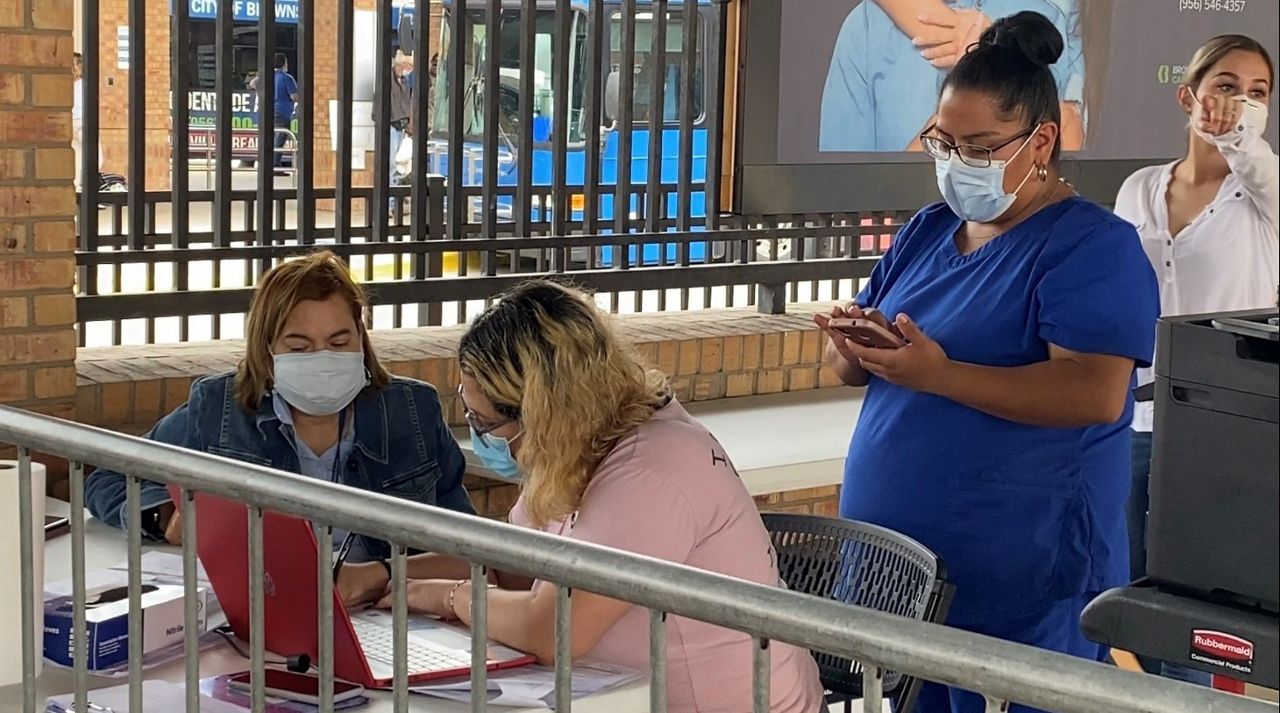 Positive COVID-19 Tests Continue to Climb Among Migrants in Brownsville

BROWNSVILLE, Texas — Numbers of COVID-19 positive migrants in Brownsville keep climbing, according to the city mayor. Spectrum News 1 learned that migrants who test positive are in fact, allowed to go on their journey

Selvin Paz left Honduras a month ago with his daughter to travel on foot to the South Texas border to request asylum. He did so despite of the pandemic raging on in Central America and Mexico. He says he understands the risks, but economic conditions and the violence in his native country forced him to leave. He also understands why their presence may be considered as a risk to public health along the way.

“The truth is that sometimes we are exposing others to infection, but we are doing this out of need in our country,” he said while at the Brownsville central bus station where he was waiting with about 40 more migrants just released to take the trip to Dallas.

The City of Brownsville has been rapid testing all the migrants since January 25. The first result of 108 positive cases was a reason for alarm for Gov. Greg Abbott, who blames the Biden Administration for allowing them to take their journey. The following week, by March 13, the number of positive cases doubled, according to the Mayor of Brownsville Trey Mendez. 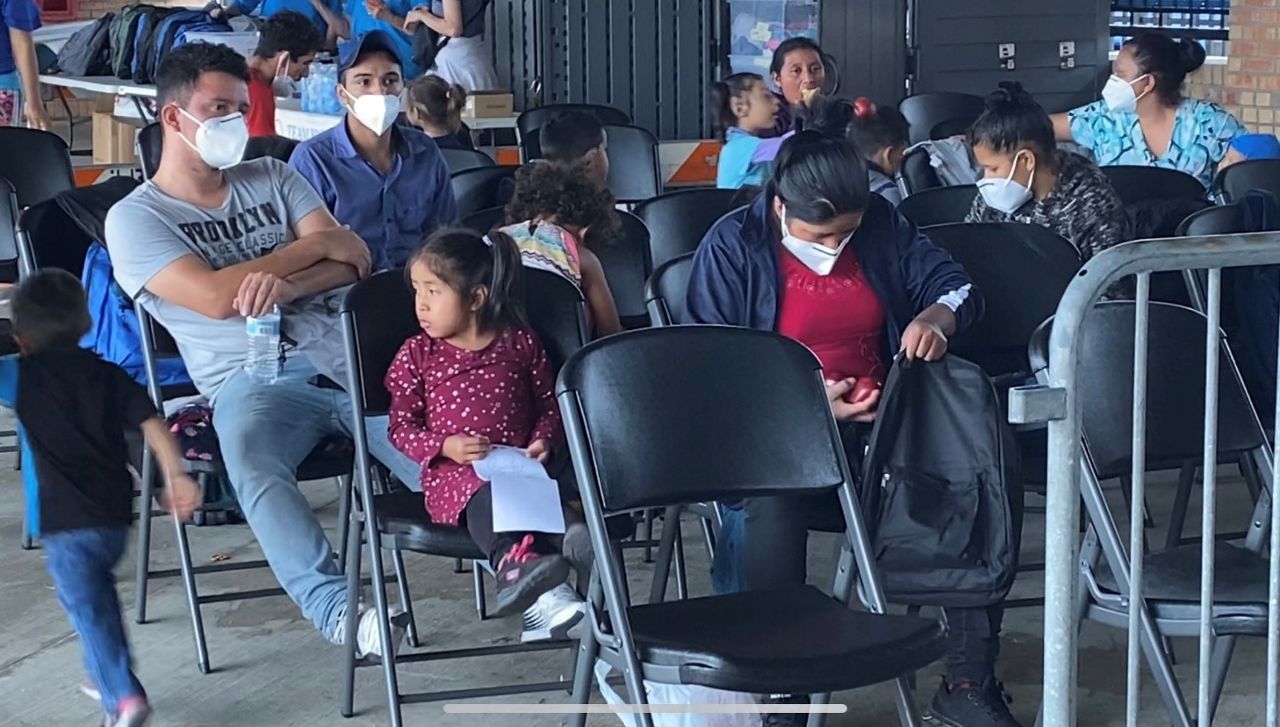 Migrants wait to be processed at a Brownsville bus station. (Spectrum News 1)

The mayor also addressed the main concern about what is being done with those who test positive and said they are quarantined at a hotel.

The city government spokesperson identified La Posada Inn as the hotel. But when Spectrum News 1 inquired directly with hotel staff and the owner, they denied it. There’s also been reports by cleaning personnel that migrants stay only three nights at the most. Migrants are being placed in that hotel by charitable organizations like Dignity regardless of their test results. They stay there while they wait for their flights to other parts of the country or for their family members to pick them up.

Andrea Rudnik is the head of Team Brownsville, a charitable volunteer organization who has been working helping migrants in Matamoros, Mexico and Brownsville, Texas. She indicated the city allows the migrants to continue on their journey in all cases, regardless of test results.

The city clarified that the hotel is just an option given to them at the Brownsville bus station where the tests are being administered.

“There is no authority from the city to actually detain anybody if they chose not to stay there, it’s nothing the city can do,” said Mendez.

But, another worry for many is what happens before they are tested--after they are apprehended and while they are being processed in the Donna temporary processing facility. Selvin’s account of the overcrowded conditions inside was revealing. 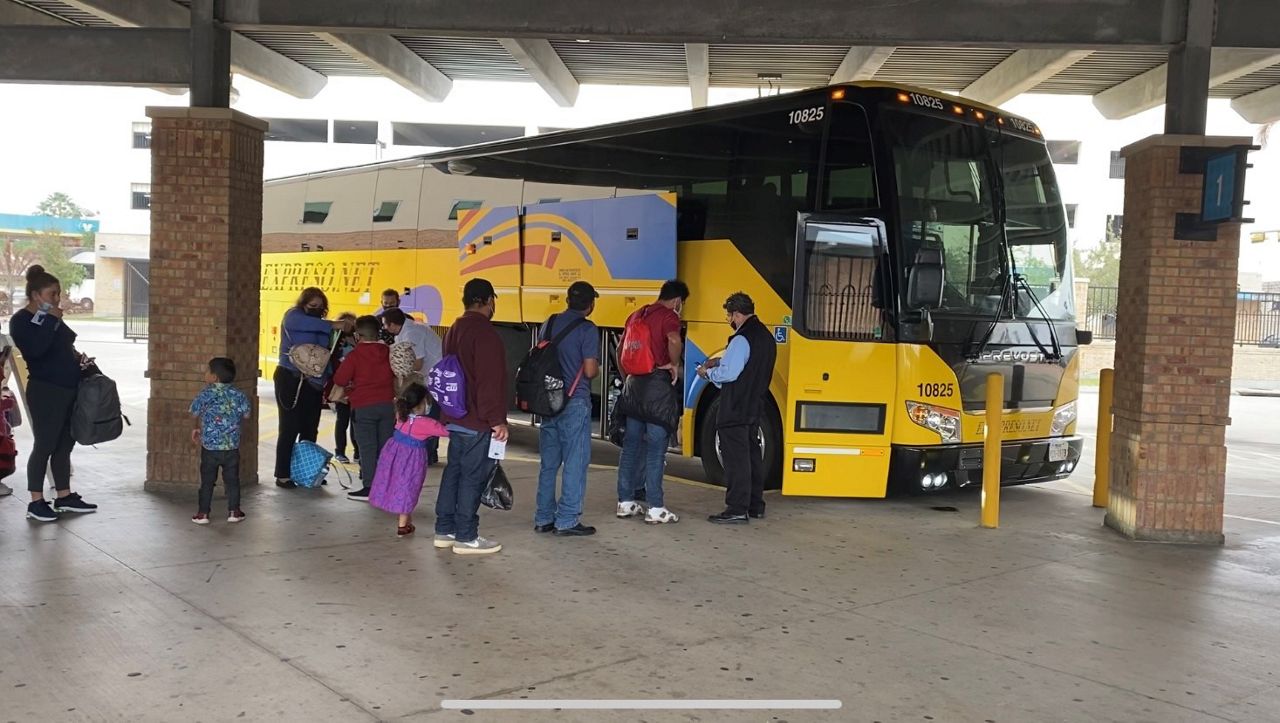 Migrants get on a bus in Brownsville to continue their journey. (Spectrum News 1)

“We were up to thirty or forty all together, all crammed up in one room, laying on the floor or in cot mattresses,” he said while playing with his daughter, coloring a children’s book given by Team Brownsville.

Despite the real presence of COVID positive migrants among and together with the rest, and despite the fact that infected as they are they are allowed to get on a bus to the rest of the country, the mayor downplayed the situation saying the positivity rate among migrants is less than the state or national averages. He added that the risk is not significant for the residents of Brownsville, where they spend only 24 hours at the most, in average.