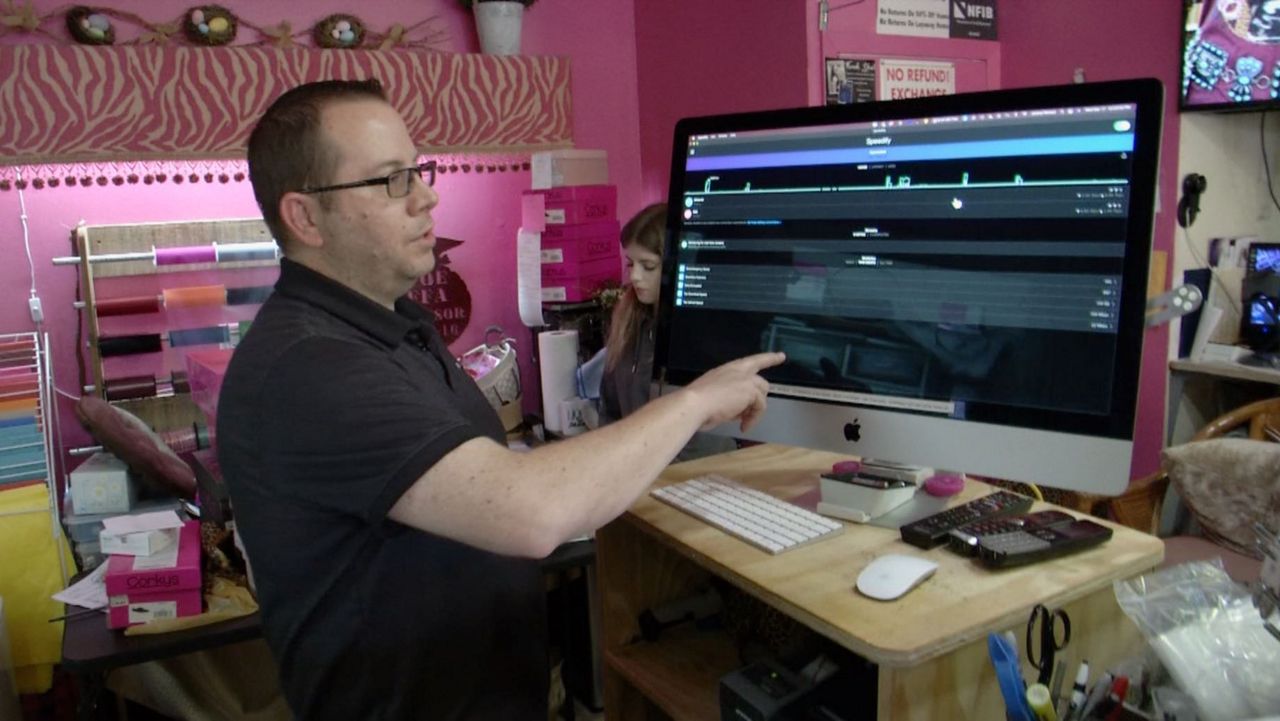 AUSTIN, Texas — Throughout Texas, many communities still struggle to get high-speed internet. According to the 2019 American Community Survey, nearly 68% of Texas households subscribe to a fixed broadband service. That puts Texans below the national average of just over 70%. Texas is also one of six states that does not have a statewide broadband plan in place.

It is an issue many state lawmakers are hoping to fix this legislative session. There are nearly 25 bills filed in both chambers that have strong bipartisan support. Gov. Abbott has also made it a priority, declaring it as an emergency item for lawmakers.

One of the leaders in the push to expand rural broadband access is State Sen. Robert Nichols, who represents the state's 3rd senate district.

“It’s not only what it means for my district, but all the districts around the state,” he said. “We can’t do what we need to do in the rural areas like run a business, get telemedicine, virtual education.”

The East Texas Republican chairs the Senate’s Transportation committee, which held a hearing on one of his pieces of legislation Wednesday. Senate Bill 5 would create a state broadband office to expand access. He said with hopefully better mapping of where the problem is, board members would be able to pinpoint where funding needs to go to boost infrastructure. Nichols is also pushing to create a statewide broadband plan.

"If we do not have a statewide plan, we lose credits on competition for federal grants," he said. "The federal government has tried to map and they're going to get a lot better at it. I'm convinced, but we need to have our own map to identify down to the address level, whether that service is available or not. And if that service meets that quality standard."

Nichols said that testimony from a county judge drove home just how important the issue is.

“They had a new business that was going to locate in their community,” Nichols said. “They were very excited about it, because it [meant] jobs. But then when that business found out they do not have access to high quality broadband, they lost that business opportunity.”

Jeremy Renaud and his wife Courtney opened The Bling Box in Cameron, Texas, nearly a decade ago. While the boutique has always had an online presence, the COVID-19 pandemic made them reliant on their online sales to stay afloat. They started doing their own QVC-inspired show on the web, but that requires a lot of bandwidth. So their business has four different modems.

“I’ve been through some tough times where the Internet went down and I couldn’t make a sale, I couldn’t take a credit card, I couldn’t reply to a Facebook message," Renaud said.

Milam County Judge Steve Young said the problem is not just bad for current businesses in Milam County, the lack of Internet connectivity made it extremely difficult to recruit new businesses to the area roughly an hour east of Austin.

“They don’t ask about tax abatements, they want to know, 'Hey man, can I get hooked up to the Internet?' And if they can’t, then that just queers the deal,” Young said.

​Connected Nation Texas, a statewide initiative to bring quality broadband access to all of Texas, is currently conducting a study in Milam County to help them apply for grants to strengthen their infrastructure. Program director Jennifer Harris testified at the State Capitol on SB 5, which also aims to put more state resources toward the effort.​

"Everything that we’re seeing out of the legislature is all a really good step or steps toward the process of really tackling the digital divide in Texas,” Harris said.