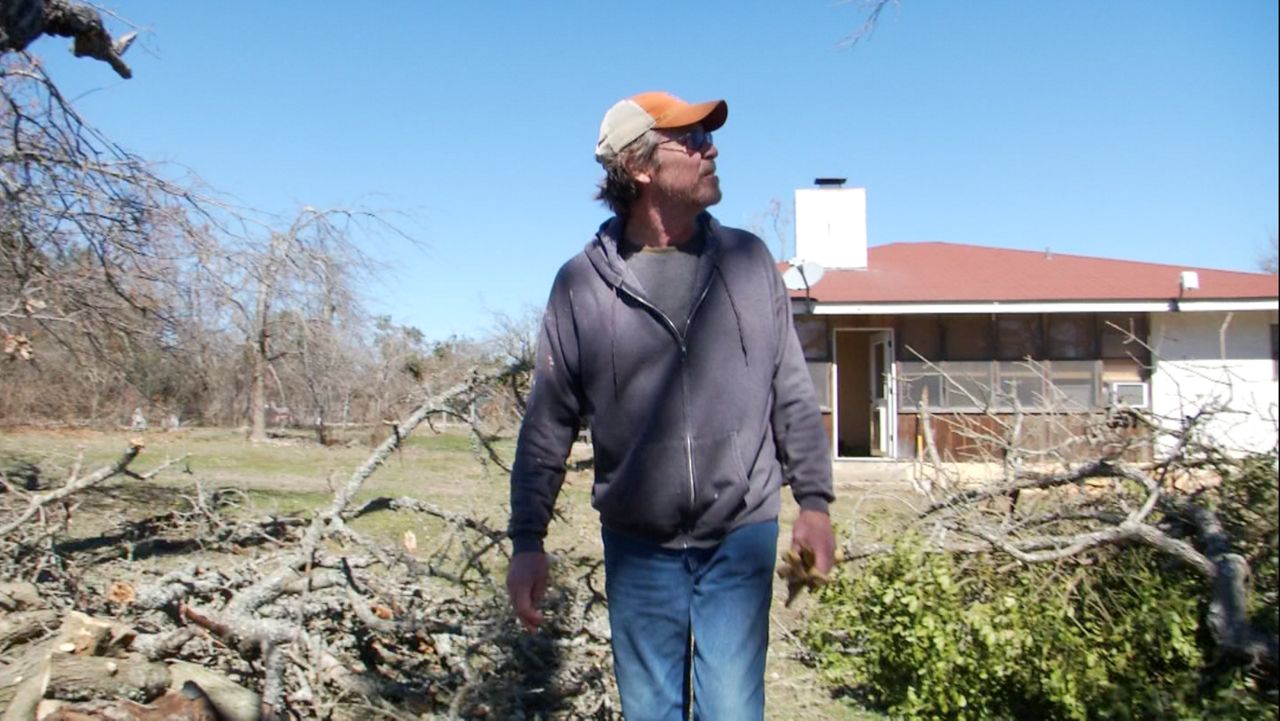 Some Hill Country Residents Could Be Without Power For Weeks

FREDERICKSBURG, Texas — While the power is on in nearby Fredericksburg, homeowners in the rural parts of Gillespie County have been told it could be several weeks before they’re able to turn the lights back on.

“This is what’s left of our mailbox,” said Michael Cahill, remarking at the missing portion of his mailbox post taken down by a falling power line. “There’s no mail getting out here anyway because the roads are closed.”

Mail delivery is the least of Cahill’s worries right now. The Cherry Mountain resident is going on over ten days without phone service, electricity, and running water, all thanks to freezing rain.

“The trees initially got coated Thursday with a light coating. Friday it kept going,” said Cahill. “The sun never came out until Sunday, and then I believe it was Sunday night is when we got the snow storm.” 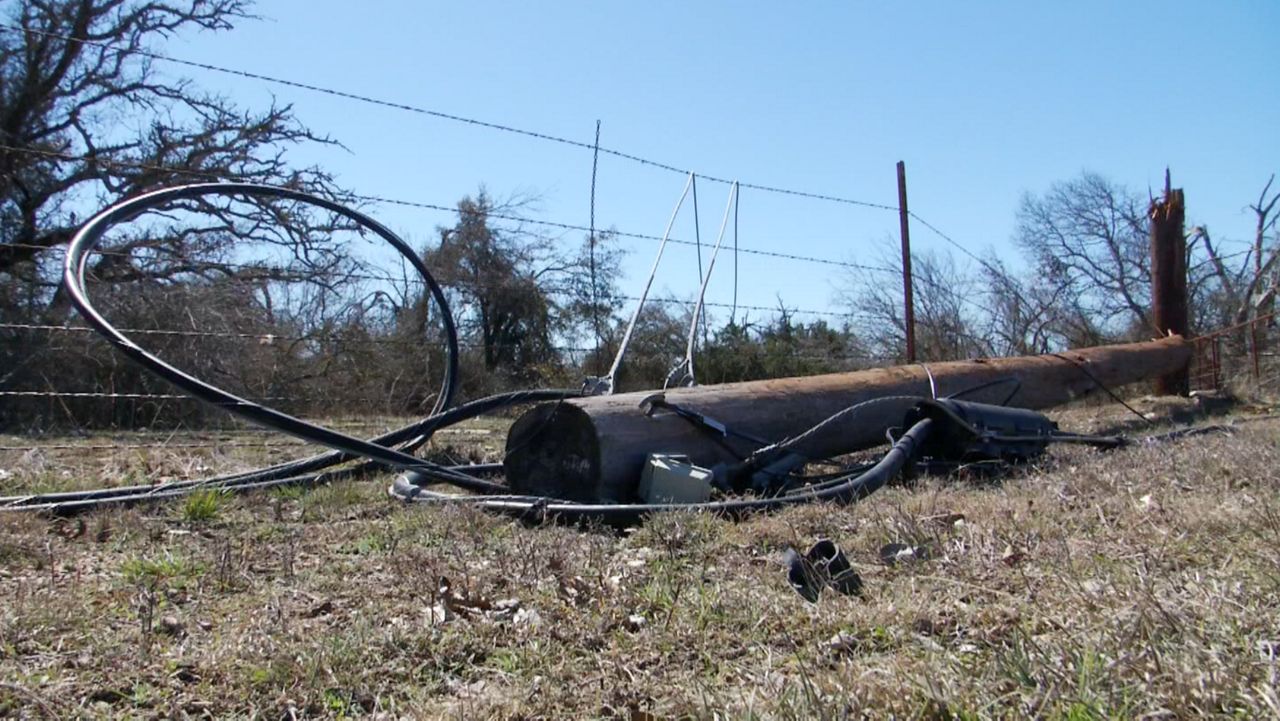 It’s certainly hard to keep track of the days living through the fallout of last week’s extreme winter weather. Cahill and his wife have been using melted snow to flush the toilets. He has been slowly cutting up the fallen trees across his property, and burning it in order to keep warm. That was until his wife, a nurse, got worried that Cahill, a cancer survivor, was in the pre-stages of pneumonia.

“That’s when we went to our friend’s house in town because I couldn’t get warm. I was shaking,” said Cahill. “It was from cutting firewood for five to six hours and then coming in and getting the fire going and keeping the fire going all night long, not sleeping very much because I just had a fear that my wife and our animals and stuff would freeze.”

With much warmer weather in the area now, the Cahills have returned home, a home still without 21st century essentials.

Originally from upstate New York, Cahill’s no stranger to winter weather, but he said they were always prepared for it. Their electric provider, Central Texas Electric Cooperative, can’t give the Texas transplants a straight answer on when they can expect their power to be restored. Cahill’s wife said she asked a nearby linesman to “be real” with her about when they can expect the lights to come back on. The linesman said it could be upwards of three weeks.

“I realize this is Texas and most of the time it’s, like I said I work in 100 degree weather most of the time,” said a frustrated Cahill. “I just can’t believe that they can’t prepare better for this.” 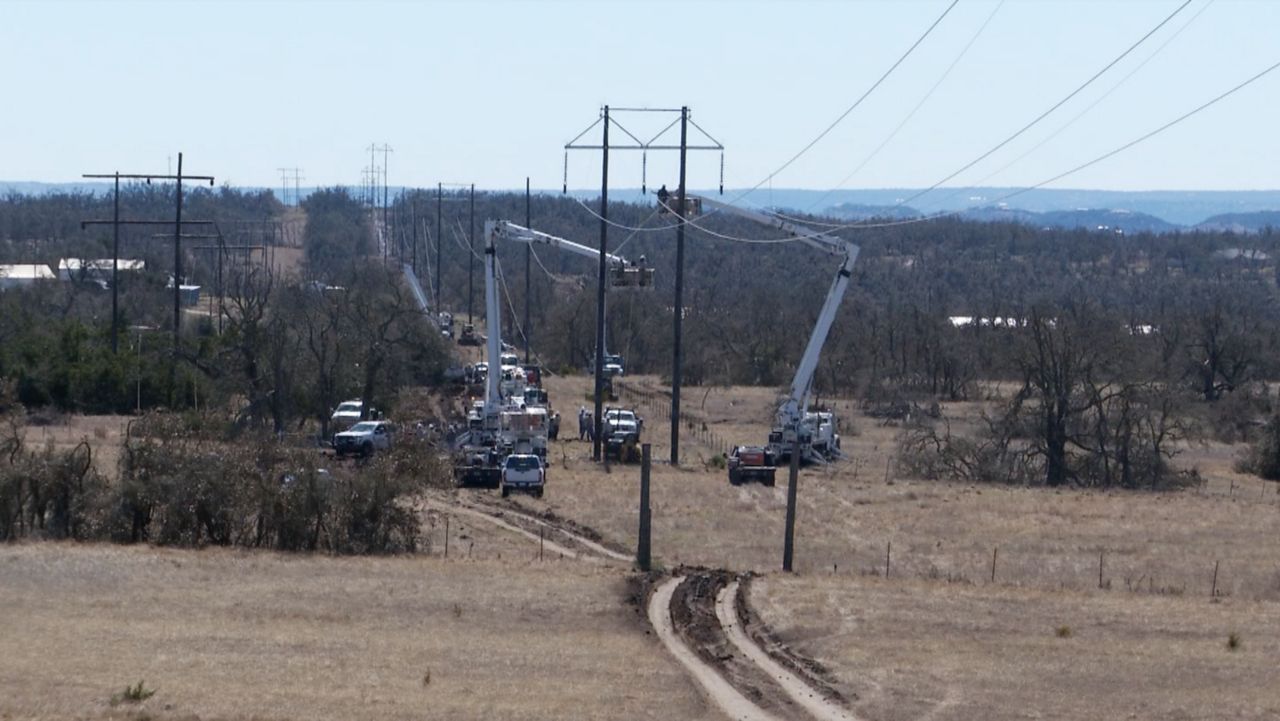