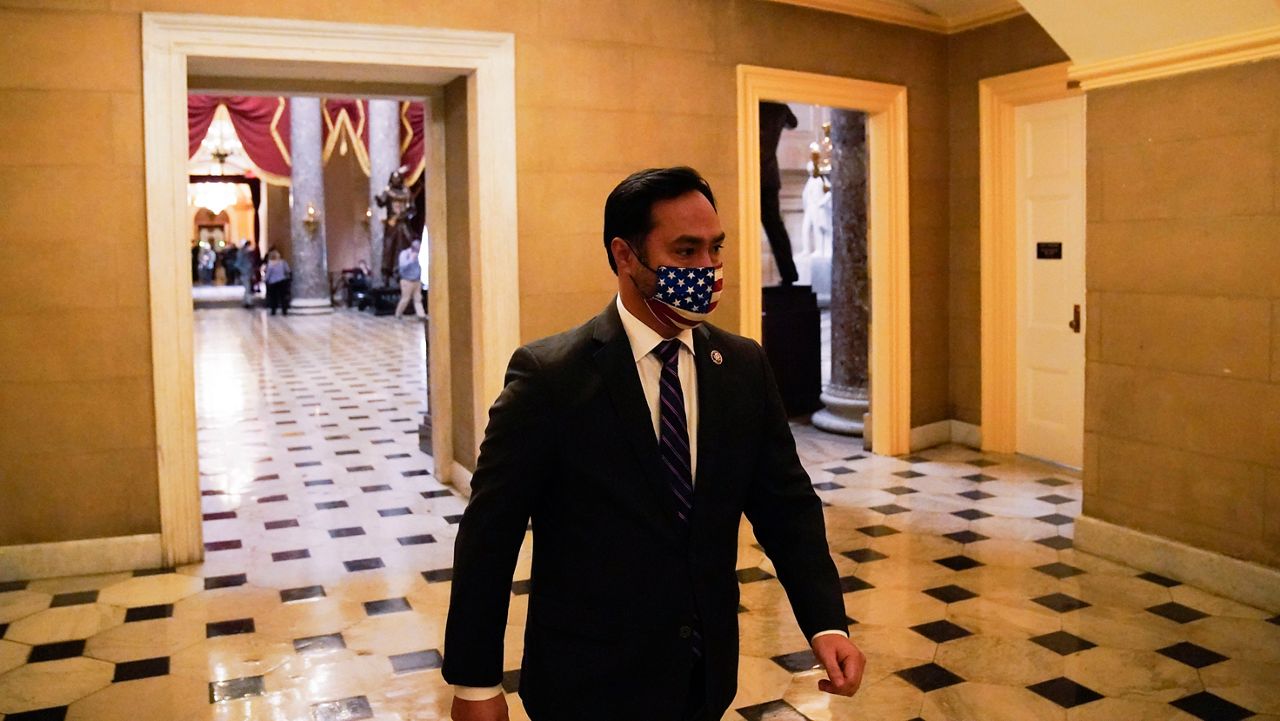 Texans in Congress Voted to Impeach Trump Along Party Lines

WASHINGTON — For the first time in the nation’s history, a president has been impeached twice. In a 232-197 vote, the House of Representatives charged President Donald Trump with incitement of insurrection in the wake of the deadly mob attack on the U.S. Capitol. Unlike Trump’s first impeachment, there was support from some Republicans, but none from the Lone Star State. Texas Democrats unanimously voted to impeach the president.

JUST IN: The House has enough votes to impeach President Trump, making him the first president in the country's history to be impeached twice. We now start a second year in a row with an impeachment trial.

While some Texas Republicans like Rep. Chip Roy (R-Texas) and Rep. Michael McCaul (R-Texas) voted to certify Joe Biden’s win, they did not vote to impeach Trump. All but one Texas GOP member refused to charge the president. Rep. Kay Granger of (R-Texas) Texas did not vote at all.

In a statement, McCaul, a former federal prosecutor, said in part, “I can tell you from first-hand experience, rushed justice is not the solution to mob violence. For that reason, I will, with a heavy heart, oppose impeachment at this time. I did not come to this decision lightly. And I truly fear there may be more facts that come to light in the future that will put me on the wrong side of this debate.”

Texas Republicans all voted against impeaching President Trump but @RepMcCaul says this at end of statement:
"I truly fear there may be more facts that come to light in the future that will put me on the wrong side of the this debate." https://t.co/iPcpjMzXo2

The historic vote happened exactly one week to the day rioters breached the Capitol. A heavier law enforcement presence outside and inside the building aimed to make sure it wouldn’t happen again.

The single article of impeachment will now be passed on the Senate where there will be a trial. House Speaker Nancy Pelosi (D-California) recently named Castro as an impeachment manager, where he would be acting as a prosecutor for House Democrats arguing before Senators to convict Trump.

The impeachment resolution discussed how Trump repeated false claims about the election results and voter fraud for months leading up to a White House rally ahead of the attacks.

“We did stop the steal. We stopped Donald Trump from stealing our democracy and imposing himself as a tyrant,” said Rep. Lloyd Doggett (D-Texas), who represents Texas’s 35th congressional district.

What separates this from Trump’s 2020 impeachment is the 10 House Republicans who broke away from the president. However, the Texas congressional delegation voted along on party lines.

Rep. Lance Gooden (R-Texas), who represents the state’s 5th congressional district, was one of the 16 Texans in the House who objected to the electoral college votes from both Arizona or Pennsylvania.

“I’m really tired of sanctimonious sermons on being a sore loser from some of the same Democrats who opposed accepting results in elections past,” the North Texas congressman said on the House floor Wednesday during debate.

“Instead of creating or even saving American jobs or negotiating additional COVID relief, we're debating an impeachment that's been pursued by no inquiry, no meaningful debate and no due process,” said Rep. Beth Van Duyne (R-Texas) who represents the state’s 24th congressional district. A week earlier, Van Duyne declined to certify Biden’s win in Pennsylvania over how officials there conducted their elections.

“In one week's time, Joe Biden will be the president. The American people need us to rise above the heat of the moment to focus on their needs and deliver real solutions,” she said.

During the debate, Roy said Trump deserves “universal condemnation for what was clearly impeachable conduct” for openly pressuring Vice President Mike Pence to do more than Pence’s constitutional duty of tallying electoral college votes. However, Roy ultimately sided with his GOP colleagues, believing that the Democrats’ focus on "incitement of insurrection" was flawed.

“Even noting impeachment does not require meeting a certain legal standard – the danger for open speech and debate in this body and for the Republic generally is high – if the House approves the articles as written,” Roy said during his floor speech.

While GOP members criticized this year’s impeachment as a rushed process that would only contribute to the political bitterness, Democrats said there must be immediate action. Rep. Henry Cuellar (D-Texas) who represents the state’s 28th congressional district, spoke to Spectrum News 1 ahead of the vote.

“If you broke into a bank, and you violated the law, and you say, ‘Look, I'm leaving the country next week. Don't worry about it.’ You know, the prosecutors are not going to say ‘Yeah, go ahead and go.’ No. What we saw requires a punishment and the punishment that the House of Representatives can do is the indictment,” Cuellar said.

That punishment' will be a blistering condemnation for the only president to face a second impeachment.