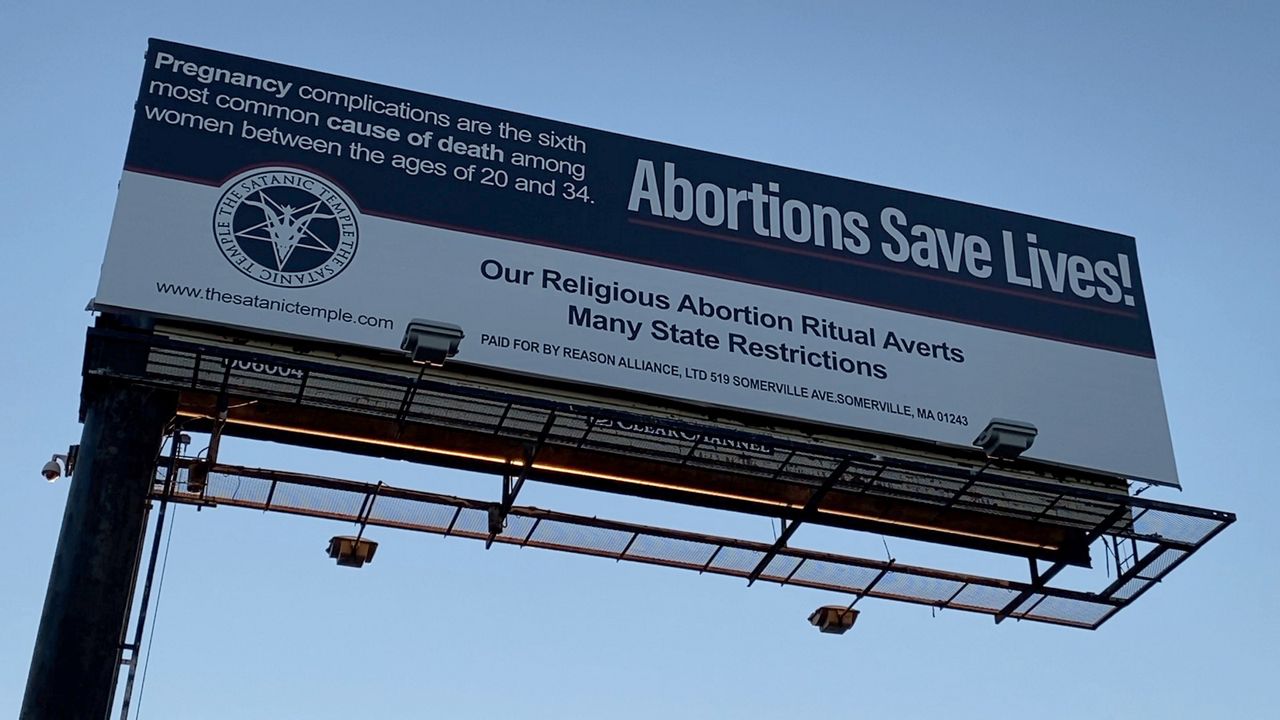 The Satanic Temple Flexes Its Right to Free Speech on Billboard Outside Dallas: “Abortions Save Lives!”

DALLAS — “Abortions save lives!” reads a billboard from The Satanic Temple (TST) along Interstate 30 in Garland.

Drivers traveling westbound opposite of the Bass Pro Shop might have noticed the non-flashy billboard, which went up December 14.

The 10x40-foot billboard which also reads, “Our religious abortion ritual averts many state restrictions,” has gotten a lot of attention according to members of The Tactical Gym who share a parking lot with the billboard.

“Since it went up last month, people are always stopping and taking pictures of the billboard,” said one gym member who wishes not to be named. 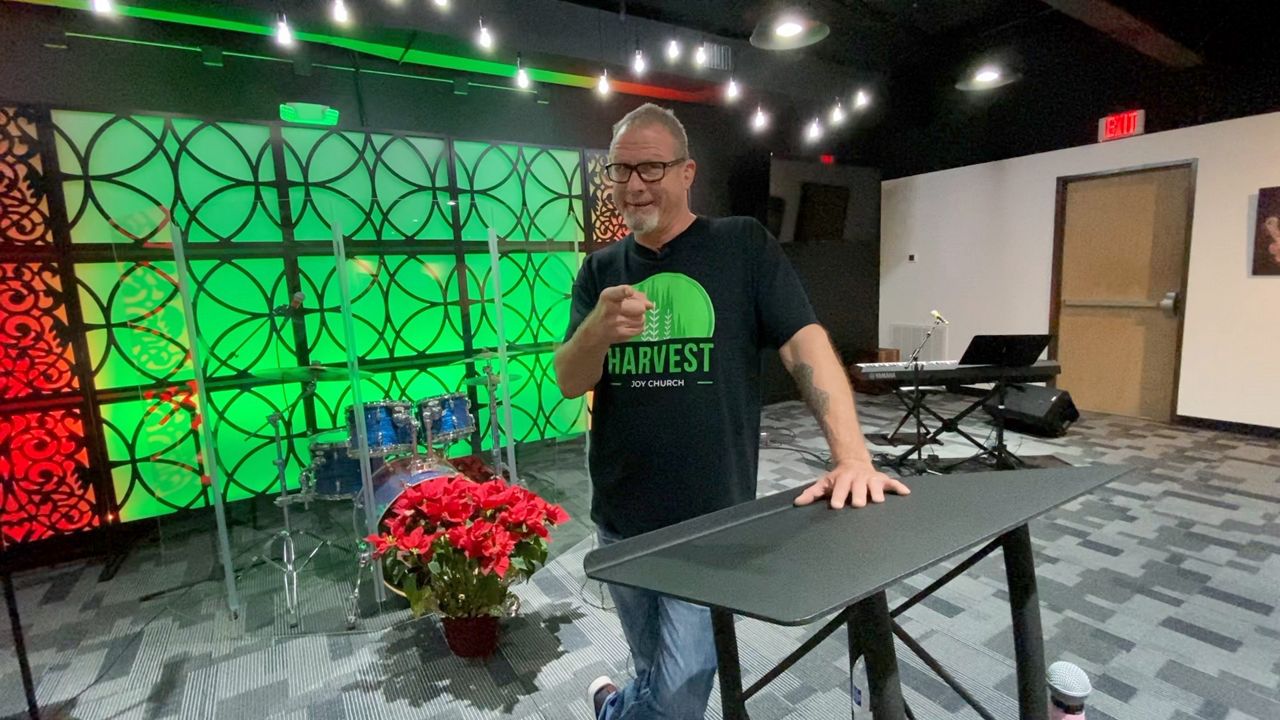 Garland’s billboard is one of three the organization has funded for a new advertising campaign it says aims to educate local Satanists about their religious rights when it comes to receiving an abortion. The other two can be found in areas of Houston and Miami, said Lucien Greaves, co-founder of TST.

The organization based out of Salem, Massachusetts, has a chapter in Dallas which states on its Facebook page, “Our goal is to promote compassion and justice in all facets of life for all human beings.”

Before August 2020 the religious abortion ritual didn’t exist, but since it was created by TST, a federally recognized religious organization, Grieves said the new ritual makes an abortion a religious act, and thus protected by religious liberty laws.

The ritual which includes a woman reciting TST’s third and fifth tenets aloud, before the abortion, followed by a reflection, and reciting a personal affirmation can be found on the organization's website. 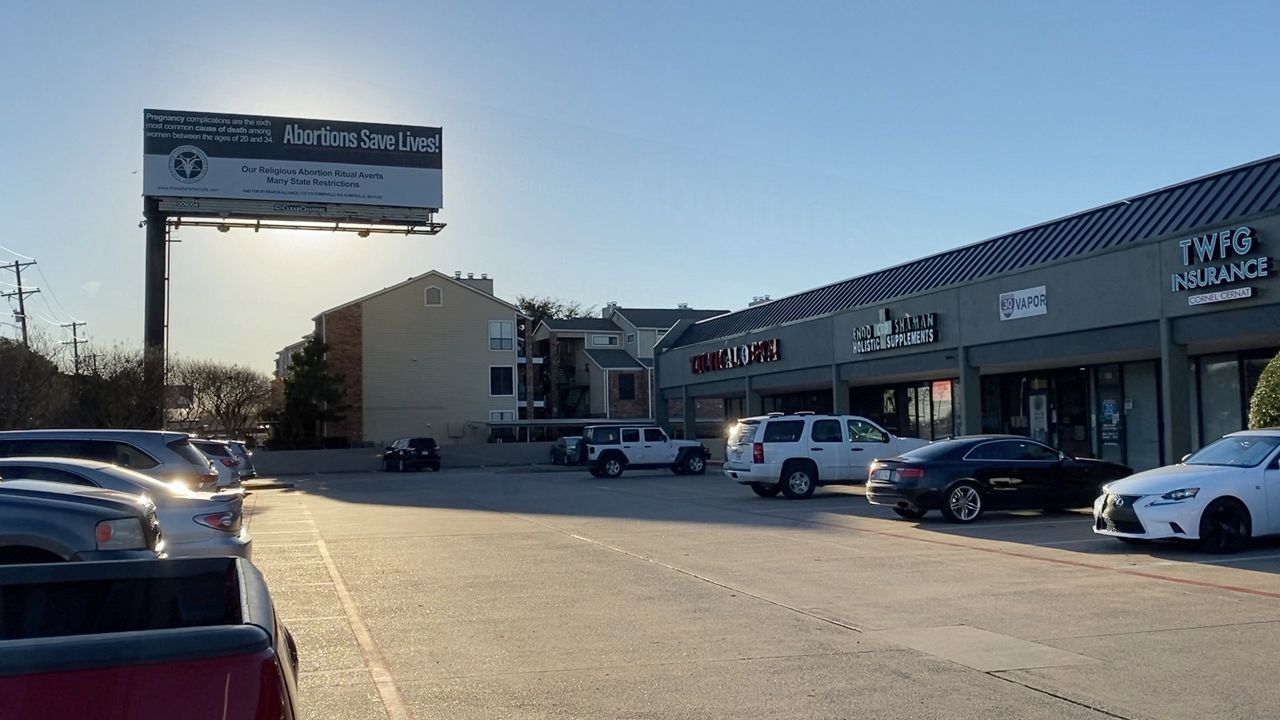 Grieves co-founded TST in 2013 and claims the organization is non-theistic and does not worship Satan, although they do use satanic symbolism.

“We’re not doing anything of the type that would equal something even close to infant sacrifice,” said Grieves. “We’re putting the safety and welfare of the pregnant person first.”

At least one Christian group has started an online petition against the billboard who’s lease expires January 14.

A petition urging the advertising company who owns the billboard to remove the advertisement is “hilarious and is greatly misguided,” said Grieves. “It’s a delusional sense of entitlement that somebody could think that an opinion contrary to their own, that is stated in straightforward terms on a billboard is worthy of some kind of legal intervention.”

Not far from the billboard is the Joy Church in Sunnyvale, there you can find Pastor Rod Brewer and his congregation of about 60. On their website, under a tab titled “Beliefs,” you can find Brewer’s stance on abortion, the webpage reads: “We believe that human life begins at conception and that the unborn child is a living human being. Abortion constitutes the unjustified, unexcused taking of unborn human life.”

“I am totally against the practice of abortion.” said Brewer. “It doesn’t align with my Christian values or beliefs.” However, he said he won’t be signing a petition to remove the billboard’s message.

“Freedom of speech, I’m for it,” said Brewer. “Why would I go and try to sign a petition and rip down somebody's voice, and the freedom they have to speak out for what they believe? Why would I want to do that, and then turn around and say I believe in the First Amendment? It doesn’t make sense.”

Grieves said TST is trying to rent billboards in Arizona in the coming months, and plans to continue the organization’s advertising campaign in different parts of Texas in 2021. 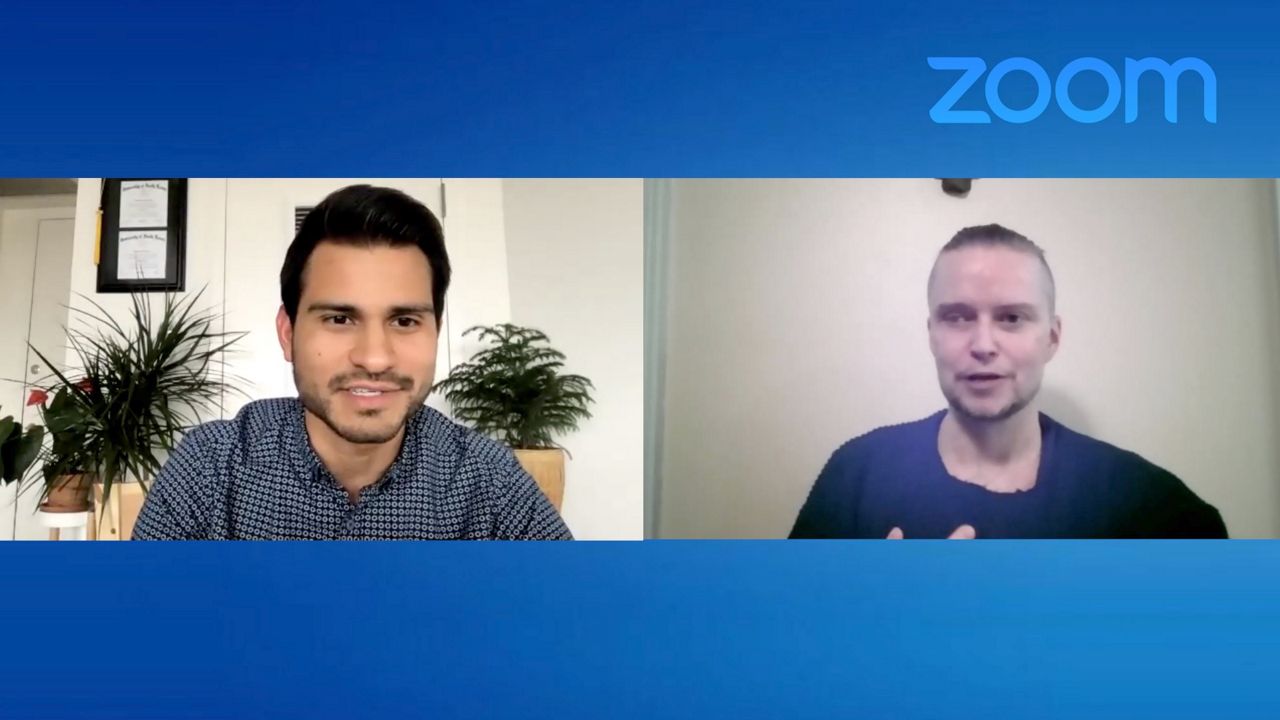 Brewer said if more pro-abortion billboards appear in North Texas, he’ll make sure to tackle the issue from his podium, not a petition.