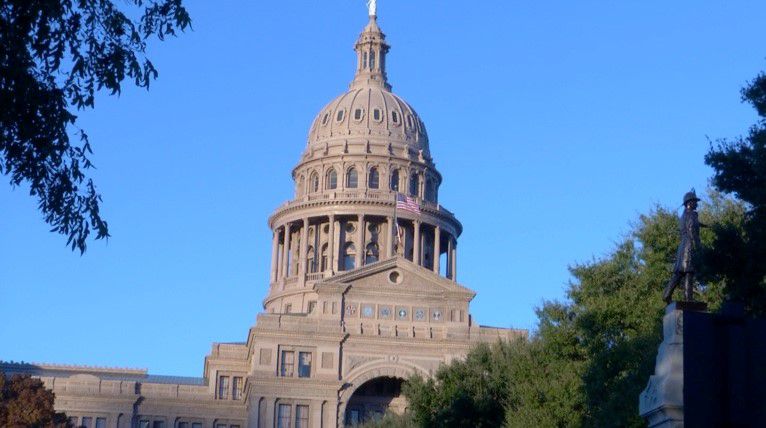 AUSTIN, Texas — The Texas House and Senate chambers are typically bustling with lawmakers, legislative aides, media and the general public, watching as elected officials pass bills at a somewhat dizzying pace. But things will look at lot different at the Texas Capitol during the upcoming legislative session. Yet, how it will look and operate is largely yet to be decided, and can’t be until the Legislature convenes in January.

With the COVID-19 pandemic still ongoing, how to conduct the state’s business safely is the focus of lawmakers like Rep. Donna Howard (D-Austin). She’s part of a bipartisan House working group tasked with developing recommendations on COVID precautions.

“The working group is trying to do the homework, if you will, to prepare things with all members having the ability to provide input prior to proposed rules being brought to us after we are sworn in, in January,” said Howard.

But therein lies the problem. The chambers have to operate under the previous Legislature’s operating rules until the newly sworn in Legislature crafts their own. Right now, those rules require reconvening in person.

“You can be sworn in without being in Austin. That has happened before when someone has been ill or whatever. And they’ve been sworn in like say by a district judge back in their home, but they’re unable to vote when that happens,” commented Howard.

“So in order to conduct our business, we must be present on the House floor to be sworn in and be able to vote if we want to be able to elect a speaker and to adopt our operating rules,” said Howard.

In the interim, the House working group Howard’s a part of has reached a consensus that masking will be required on opening day and that lawmakers submit to COVID-19 testing before taking the House floor.

“There was a real effort to focus on opening day because that is the first hurdle that we have to get over,” said Howard.

Committee rooms have been outfitted with Plexiglas, distanced seating, and one-way-in, one-way-out parameters. As for the 150-member House floor, lawmakers’ desks are spread out to socially distanced standards.

According to Howard, they plan to ensure both media and general public access during the session, but the question remains of exactly how. Howard said there’s been talks of relegating a limited number of reporters to the third floor, overlooking the House chambers, likely with a pool camera to supply other media outlets with video.

The working group is also recommending limiting the number of people on the floor, and the time spent there, including the possibility of some form of virtual voting. But Howard said that may go against the state’s constitution.

“We believe that there is a way that we could have rules that allow us vote remotely, perhaps off of the House floor but still within the Capitol where we could be distanced if necessary,” said Howard. “But again, we’re trying to make sure that we follow what the parliamentarians tell us and advise us in their role of interpreting the law about what we can do because we certainly don’t want to pass legislation that could be challenged in any way because we weren’t adhering to our constitution.”

However, Charles “Rocky” Rhodes, Texas constitutional law expert and professor at the South Texas College of Law, said virtual voting doesn’t appear to be off the table.

“The Legislature has a lot of leeway to be able to work this out on its own. They have to be at the seat, at the capitol building under the government code, and so therefore there are going to be some restrictions where they can’t just have a stay-at-home legislative session,” said Rhodes. “But on the other hand, I think with respect to the need to bring them all together into one chamber to take a vote is not going to be required under the constitution or laws.”