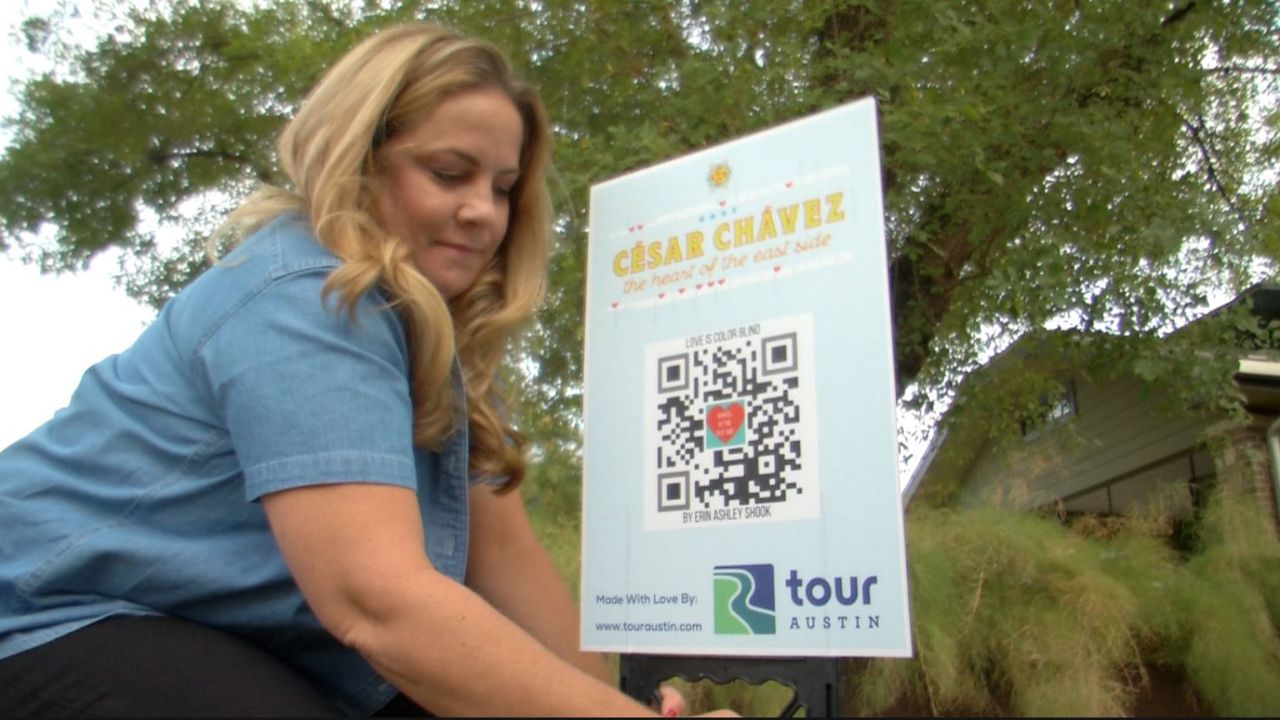 AUSTIN, Texas — An art installation expected to draw tourists to Austin’s east side during South by Southwest seemed to be forgotten about after the pandemic stole the show. But now an art-loving tour guide is hoping to draw more eyes to the Hearts of the East Side.

The project was part of a rebranding effort by the East Cesar Chavez Merchants Association and City of Austin’s Economic Development Department to help create a walkable business district that pays tribute to the artistic character of the area. The slogan “The Heart of the East Side” was adopted, and that’s when the Merchants Association approached Selena Souders.

“I’m a landscape and garden designer, but I specialize in creating interior environments, vessels and centerpieces,” said Souders.

As an East Austin native, Souders was tapped to lead on an art project incorporating the business district’s new brand. Souders turned to fellow artist Todd Campbell for some inspiration.

“We brainstormed about how we could just take some flat-bar steel and make some heart frames and the artists could choose how they wanted to fill them up, with whatever their medium was,” said Souders.

For Souders, that medium is botanicals — anything nature. She installed her heart in front of her garden design studio, filling it with agaves, yuccas, succulents, Spanish moss, and snakewood to give it a 3-D effect.

Souders was able to recruit ten artists to fill other hearts along Cesar Chavez. The installation had an official unveiling in February, the day after Valentine’s Day. 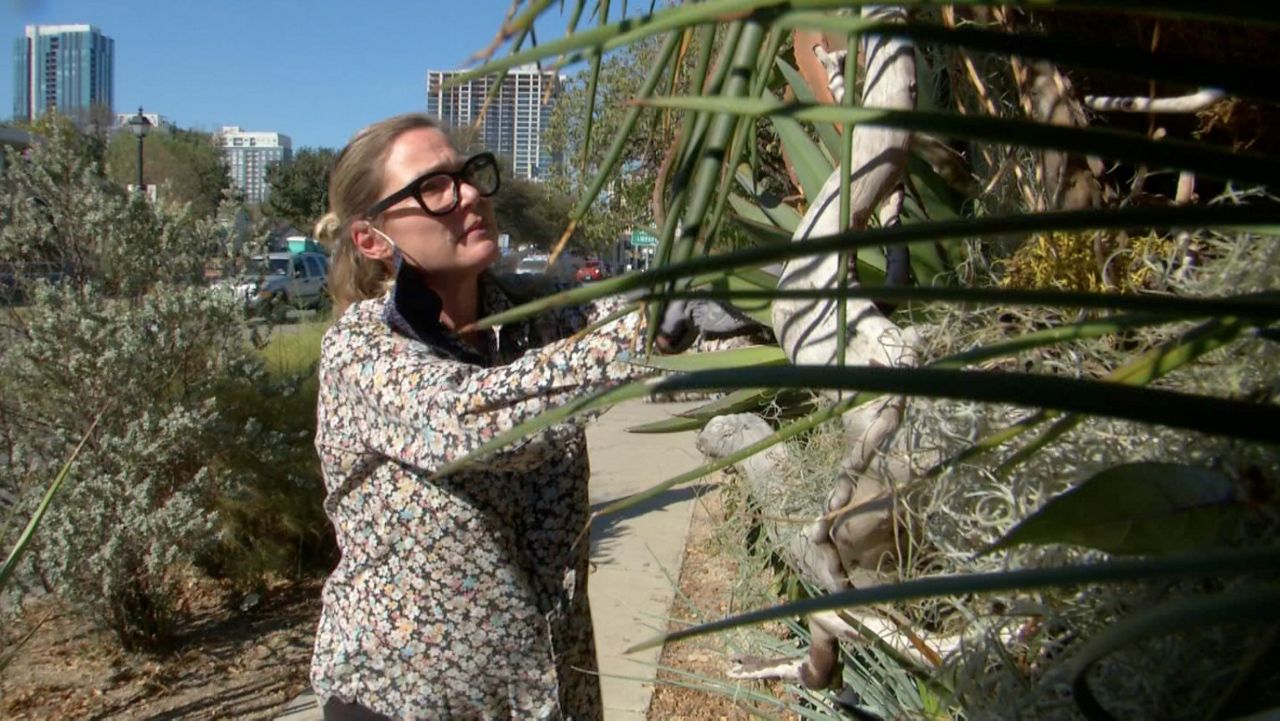 “It got a lot of momentum and then COVID happened,” said Souders.

With everybody’s priorities changing, faced with the unknowns of COVID-19, the intentions of installing lighting, landscaping and permanent markers went by the wayside.

“We wanted there to be like signage and meaning, the meaning behind each one to be better represented,” said Souders. “And that was going to be like the next step with the city.”

Fast forward to August. Nancy Palo had just moved to the east side of Austin, and the intricate Hearts of the East Side caught her eye.

“I realized when I moved to the community that I didn’t know anything about these hearts. So if I didn’t know about it, and I promote art in this neighborhood, more people must not know,” said Palo, co-founder of Tour Austin.

Palo did some background research on the art installation, which eventually led her to Souders. Souders helped connect Palo with each heart artist to help develop a free QR-code operated walking tour, complete with video interviews from each artist.

“The best part was that every single artist was excited to hear from us and participate because they felt like they put the heart up and then that was it,” said Palo.

But now there’s more to the hearts than just the art. Palo is hopeful the walking tour is a stepping-off point for a much larger project she has in mind.

According to Palo, the city has catalogued roughly 400 pieces of public art across Austin, but she estimates there’s more than 1,100. She hopes to create what she calls an “online art museum” to help educate locals and visitors about each creative and cultural piece the city of Austin has to offer.