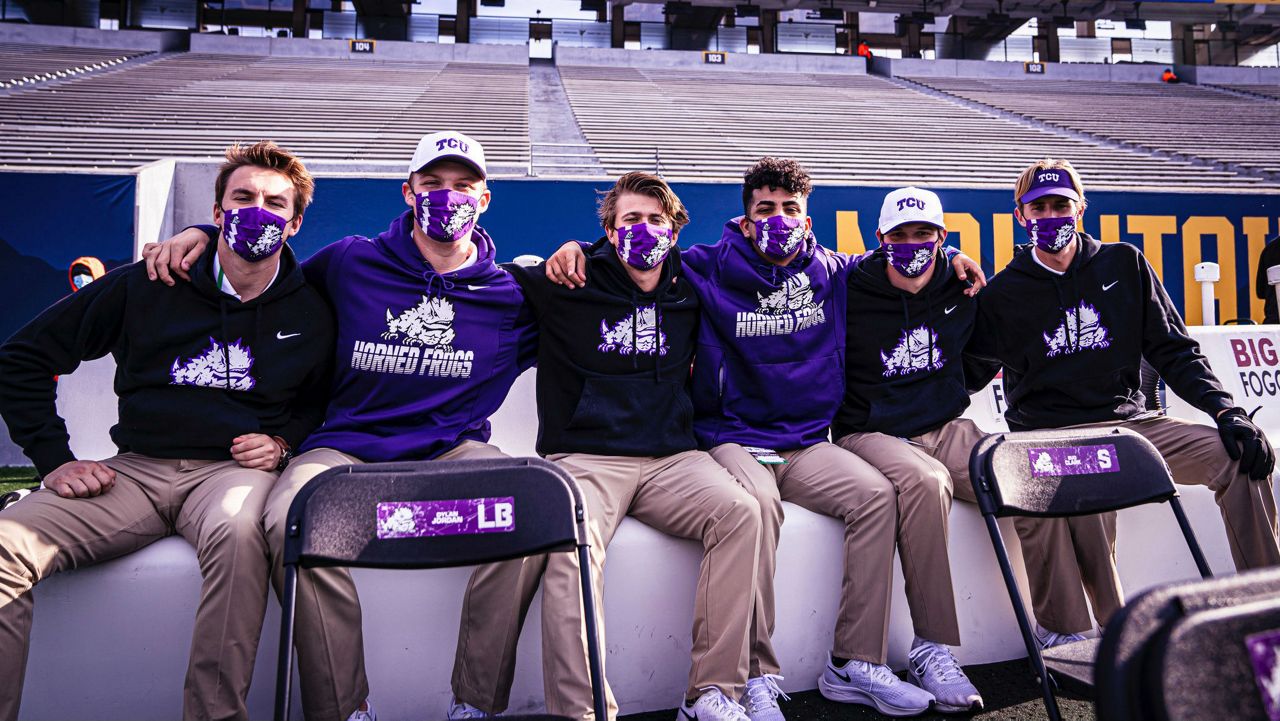 The Unsung Heroes of TCU Football

FORT WORTH, Texas – If you break down every successful college football program, you’ll notice great coaches, great players, and an essential team of workers behind the scenes. An even deeper look reveals the hard work and dedication of the equipment managers. During the football season, they put in more hours than the actual players do.

At about 1 p.m. on Thanksgiving Day, the TCU football team, like most Americans, was sitting at the dinner table with a hot plate of turkey, gravy, and mashed potatoes. But the equipment managers had some unfinished business to attend to: pack up the team for Lawrence, Kansas.

They say it takes a village to raise a child. Well, it takes an army to travel a Division I football program. The managers loaded thousands of pounds of equipment into a semi-truck to be driven 512 miles north.

“There’s 18 of us and it takes all 18 to put on this production,” said director of equipment Brian Coutras. “Without our student managers, this thing doesn’t go.”

The student managers know a thing or two about commitment.

“The hours are long,” said third-year student manager Michael Barzarevitsch. “Sometimes I go to class and then work right after. So I spend more time with the team than I do with my roommates.”

By dedicating so much of their time, they develop key relationships with players and coaches. Camden Trice, who’s been with the program for three years, has hopes of one day becoming a college head coach. So this job is the perfect way to experience everything firsthand and learn how the sausage is made.

“If it did come down to it and I was lucky enough to be a head coach, I’d be able to recognize all the moving parts and how they can all impact each other,” said Trice. “Even if you’re a player, that’s something you might not be able to understand unless you were in my position."

What is well understood as everyone’s favorite part is bowl season.

“Bowl games are the reward. That is the golden carrot that dangles in front of you,” said Coutras. “It’s something you are constantly chasing."

“Sophomore year going to the Alamo Bowl has been one of my best memories,” said fifth-year student manager Jackson Murray. “You spend about a week at the bowl site. So there are a lot of those inside jokes that you make during those times because you’ve been together for so long.”

After this year’s win over the Texas Longhorns, head coach Gary Patterson recognized their efforts during this unpredictable pandemic season with a game ball.

“It makes you feel good that he recognized us. He’s a busy man. He’s got a lot of things going through his mind. But for him to recognize the strength staff, the sports medicine staff and the equipment staff, that was special,” said Coutras.

It was a special moment for an essential part of the team.