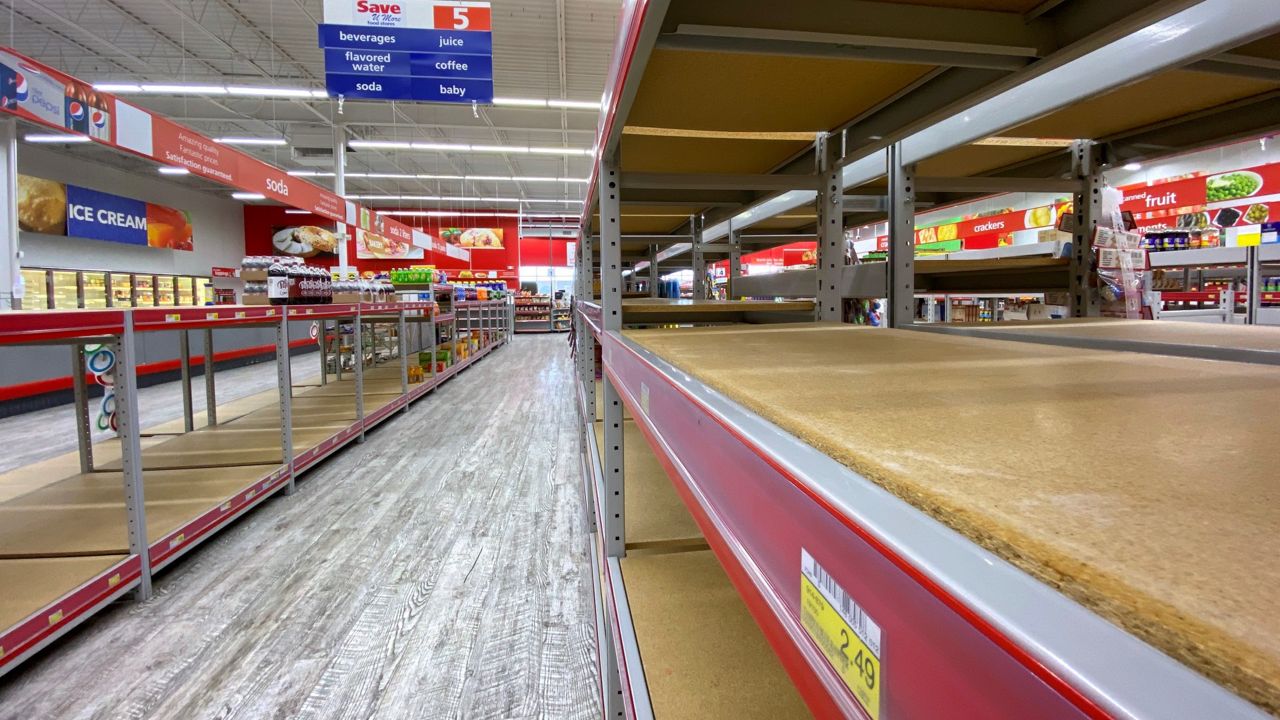 Shelves are empty at the Save U More grocery store in South Dallas's Highland Hills neighborhood. (Stacy Rickard/Spectrum News 1)

DALLAS – The family who owns the Save U More grocery store in the Highland Hills neighborhood of Southern Dallas is hoping to one day see the shelves back to being fully stocked. The main issue preventing that from happening? The store is struggling to make enough in sales to fund a restock.

"The traffic is here. We have thousands of rooftops in this community that are in need of these grocery stores. We have thousands of rooftops. That's not the issue with the traffic. The traffic comes in,” said operations manager Brandy Kemp. "But once they walk in and they see our shelves and we don't have what they're looking for, then they have to leave and go to other places.”

"There's no cash that's going to just drop down from the sky. You know, that would also be nice if that's a possibility, but that's not,” Brandy Kemp's daughter, De’Jonae Kemp, said.

Brandy Kemp's family is well-known in the community. Her father, Joseph Kemp, has a background in real estate but took on the task of operating the only grocery store in the area when no one else stepped up four years ago.

🚨 ‼️🚨 ‼️🚨 Hello All 👋🏽 😌 We are a family black owned and operated grocery store located in South Dallas named “Save U...

In 2016, the City of Dallas invested nearly $3 million into the store in Southeast Oak Cliff, initially a franchise of the grocery chain Save-A-Lot. In 2019, store owner Joseph Kemp decided to sever the corporate arm and rebrand as Save U More. So, what Kemp started with good intentions slowly got away from him after becoming independent.

“[Mr. Kemp] took it up to the plate and took on the challenge, not knowing what all it was going to come with. He came at it blindsided. But nonetheless, with everything that's going on, a lot of people don't know that whenever you come from under a big name and you become independent, there's a lot of more things and challenges that you face,” De’Jonae Kemp said. 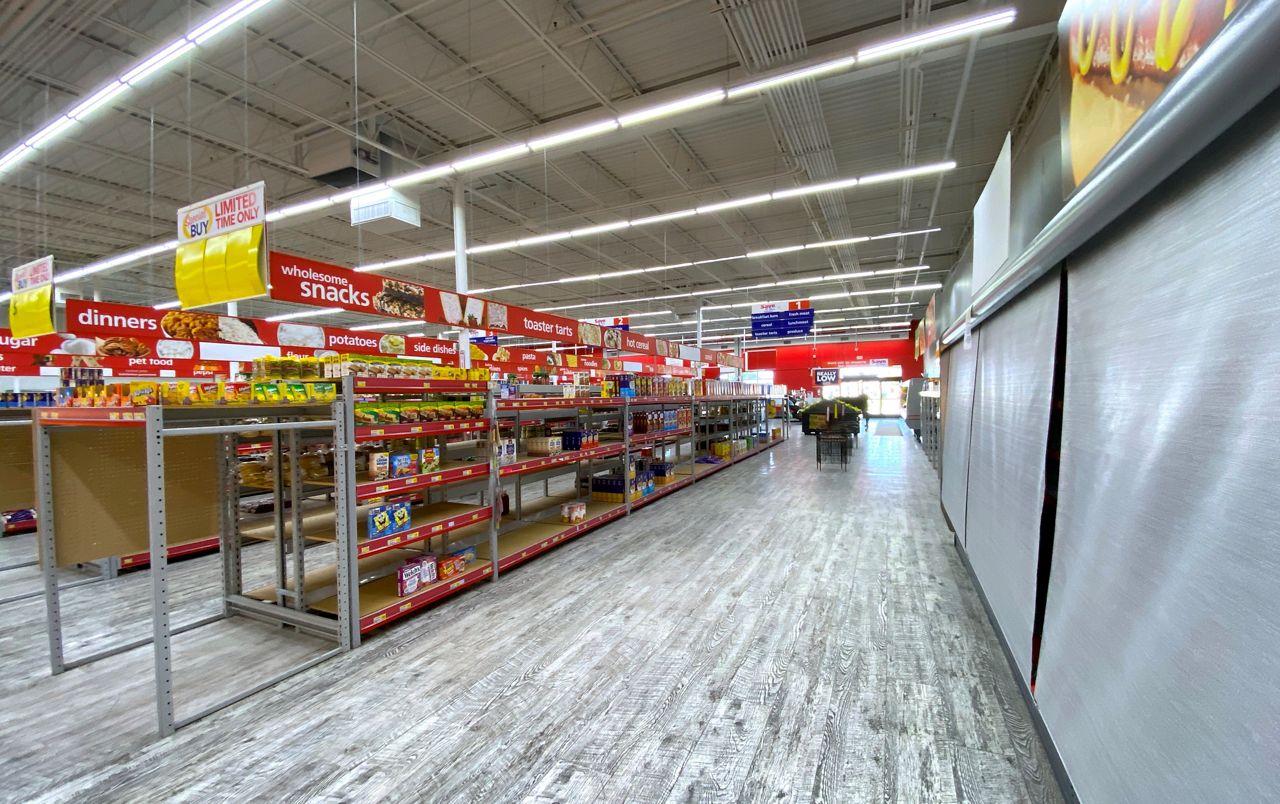 An empty deli case at the Save U More grocery store located in the Highland Hills neighborhood in South Dallas. (Stacy Rickard/Spectrum News 1)

While walking around the store, customers will notice key items may not be in stock. This leaves a sour taste in their mouths, and may be the reason they don’t return. During the interview conducted in preparation for this story, the deli meat section was non-existent and closed off with a pull-down covering.

"Do I fill up the frozen case for about $7,000, or do I put the money just there, and then everything else be empty?” Brandy Kemp questioned, speaking about the deli meat section.

“We're going to have to get the funding to get the store stocked. Once we do that, it's our responsibility to be sure that the shelves are stocked adequately, and on a consistent basis,” De’Jonae Kemp said.

The family says when they went independent, a costly restock of all the shelves was never done. And now, doing so would cost up to $250,000.

“That $2.8 million won't take you too far. You have to understand, it's only a 1 percent margin in grocery. With it being a 1 percent margin in grocery, that leaves room for a little error,” Brandy Kemp said. "Once we went through two years with Save-A-Lot, we thought that we could handle the task by restocking the shelves and coming back full fledged as the grocery store to assist the community. Nevertheless, that wasn't the case. We faced quite a few challenges. And those challenges are — as you can see from pictures and video — that it's kind of hard to keep these shelves full.”

At this point, the Kemps are treading water when it comes to keeping the store open, with Joseph Kemp using money from his own pockets to fund it. The family has set up a GoFundMe to try and raise hundreds of thousands of dollars, but so far, there’s only been about $3,500 that’s come in.

“[Mr. Kemp] is tired, he's frustrated. You know, he's lost more money than gained. But he also doesn't want to give up. He doesn't want this to just be it,” De’Jonae Kemp said. "At times, he is like ‘You know, I just want to get rid of it.” It’s more of a 'he feels like that he's being the superhero of the community,' and not reaping any benefits. He’s not seeing anything or any of the good that he's putting out, it's not coming back, not being reciprocated. He's basically become the nonprofit food bank for this community because it's his money that's going in to putting everything on the shelves.”

The Kemps say because the store started off as a corporate franchise, they are missing out on any kind of “mom-and-pop” type of funding. They are trying to figure out ways to keep their heads above water, which may involve becoming a nonprofit.

"Going about it a nonprofit way or even, you know, getting some investors that may want to just invest in us and just see us thrive. Get some people that want to put money into a store to help better the community for them, for generations after,” De’Jonae said. "Just us thriving and being able to do that to help everyone out is just something that we're here to do, we would love to do, we want to continue to do, as long as we can get other people on board to with other resources and things to just help us out to get us there along the way.” 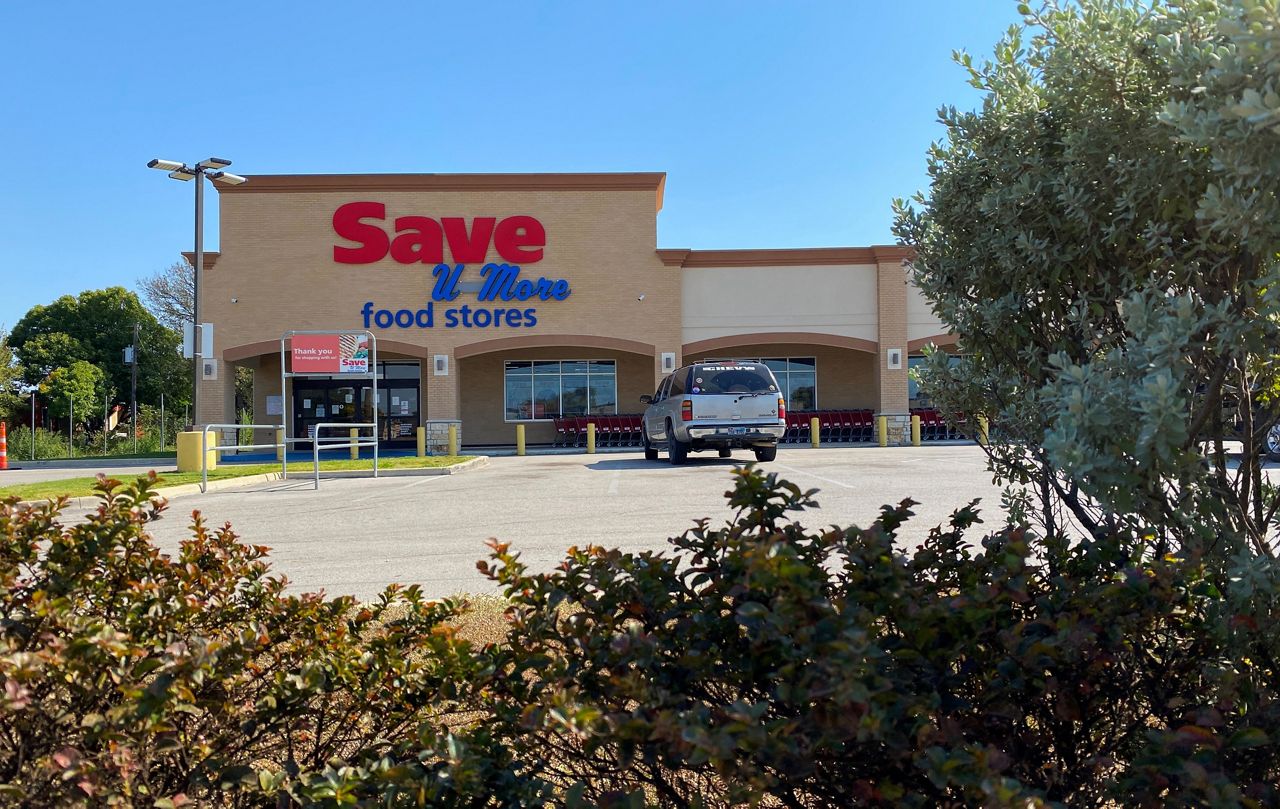 The exterior of the Save U More grocery store located in the Highland Hills neighborhood of South Dallas. (Stacy Rickard/Spectrum News 1)

There have been talks about the city possibly “buying out” the store that it started back in 2016 with $3 million of city money. However, District 8 councilmember Tennell Atkins said in a phone call with Spectrum News 1 that the city is looking at all options, but to say it's planning a buyout is “premature.” He said he wants to find any option to maintain a grocery store in his district because it “deserves” one. His position is to save the store, because he doesn’t want to see the area without one. Atkins did not give a timeline as to when a decision would be made on ways to save the store.

According to the Kemp family’s GoFundMe, about $200,000 a year goes to security — an expense they will not budge on.

"The crime stopping here is what's needed. Unfortunately, that is a big bulk. That is something that when you're in this area, we're going to have to have,” Brandy Kemp said. "This is one of the highest crime-ridden areas in Dallas. With that being said, that's part of why this has not been as successful as we had planned it to.”

The family says there are more than 30,000 people within a two-mile radius that the store serves. The Highland Hills area has historically been referred to as a food desert due to its lack of grocery stores. It’s also in a ZIP code that has significant health disparities, on top of high socio-economic needs, according to a 2019 joint study from Parkland Health and Dallas County HHS.

If you would like to see this grocery store flourish, you can choose to donate directly to the family’s GoFundMe page  Or, you can shop at the store in person at 3540 Simpson Stuart Road in Dallas.

"I don't believe that a lot of people realize what the store actually is or what it's capable of. It's a very, very, very well kept store,” De’Jonae Kemp said. "We want you to have the best experience here shopping. We want you to shop here. We want you to be able to get everything in one stop. That's the goal. No one wants to travel around to different places. And that’s the goal that we're trying to get here."