"I Beg Ya": Fort Worth Icon Opal Lee Pleas with her Elderly Peers to Stay Home this Holiday Season

FORT WORTH, Texas — Opal Lee is a Fort Worth icon, known for her multiple activism endeavors and warm personality.

At 94 years old, she's known statewide as the “Grandmother of Juneteenth” for her efforts in preserving the history about the day enslaved people in Texas learned of slavery’s abolition. In Fort Worth she dedicated four decades to coordinating the city’s annual Juneteenth celebration. She’s the oldest living board member of the National Juneteenth Observance Foundation and helped pave the way for 43 states establishing Juneteenth as a day of observance. In September she delivered 1.54 million signatures to Congress from a petition she created to make Juneteenth a national holiday.

She’s also passionate about food insecurity, and once helped lead her local food bank. It was then she learned about more than 40 food deserts in Tarrant County. This led to her launching a five-acre urban farm along the Trinity River in Fort Worth. Debuted in 2019, Opal’s Farm is named in her honor.

“Let your bucket down where you are,” said Lee, as she recited one of her favorite quotes by Black American educator Booker T. Washington. “Meaning you got a backyard, you could grow your own food. People are going to have to do that if the pandemic keeps up the way it is, if there are shortages of food, and that could happen.”

To those who know her best, it’s clear she still has the vigor as someone half her age. Throughout the week she can be found exercising in her home.

“I do 10 laps around the house, and out the front and back again to keep the old legs going and that equals more than two miles,” she said.

She works hard to stay healthy and knows the risk coronavirus poses to her health at her age. As a former educator she believes knowledge is power. Since the onset of COVID-19 she’s stayed up to date on current case numbers and is serious about keeping her mask on when around people. She’s recently taken to the Opal Farm website to urge people to stay away from their elderly loved ones this holiday season.

“We still need to do the distance thing,” said Lee. “Because we’ve been told we don’t know who are carriers, and the kids come and love grandmother - hug her so much - and then within the next two or three months she’s gone. That doesn’t make good sense.” 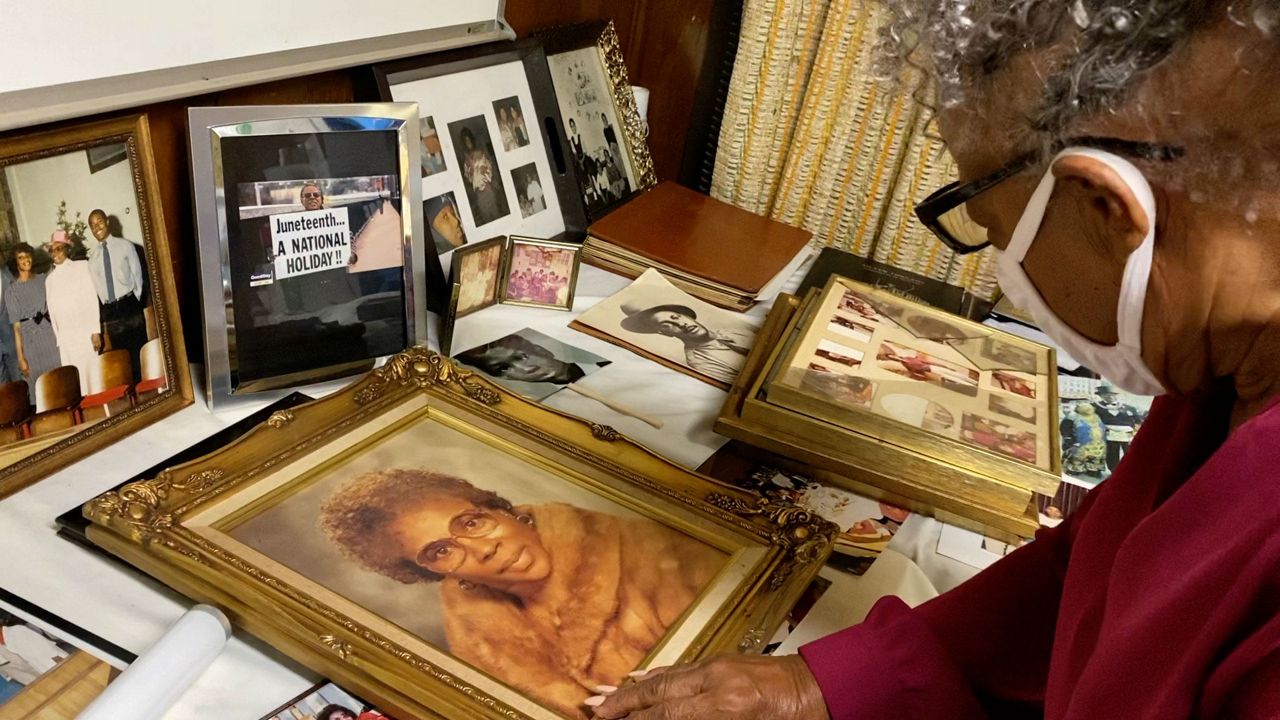 Opal Lee looking at a picture of her younger self, as she said, "I haven't lived this long to be taken away by virus that can be avoided by taking simple precautions."

Here in the U.S. eight out of 10 COVID-19 deaths have been among people 65 and older, even though the majority of cases have been reported in people under the age 50. Lee says she hasn’t lived this long to be taken away by a virus that can be avoided by taking simple precautions.

“People have to come up with innovative ways to celebrate Thanksgiving or Christmas,” said Lee. “Ways that will not jeopardize your grandma and your auntie who’s 80 years old or 90 years old who might get the virus but not get over it.”

As a grandmother to more than two dozen grandchildren and great-grandchildren she doesn’t want to give up her family's large holiday gatherings, but believes it is a necessity.

Lee has a long-standing tradition of cooking a big feast for New Year’s Day. It’s an event she looks forward to all year long that packs her home full with family and friends. She says it’s her “gift of love” to ring in the new year and to give thanks for the blessings of the past.

“I cook everything I think anybody wants, because I’m not gonna do it the rest of the year,” said Lee. “If you don’t get it from Opal the first of the year you won’t be getting it. So, this year I’m going to have someone on the curb handing them my food in boxes, and telling them ‘Happy New Year.” I don’t want them in here!” 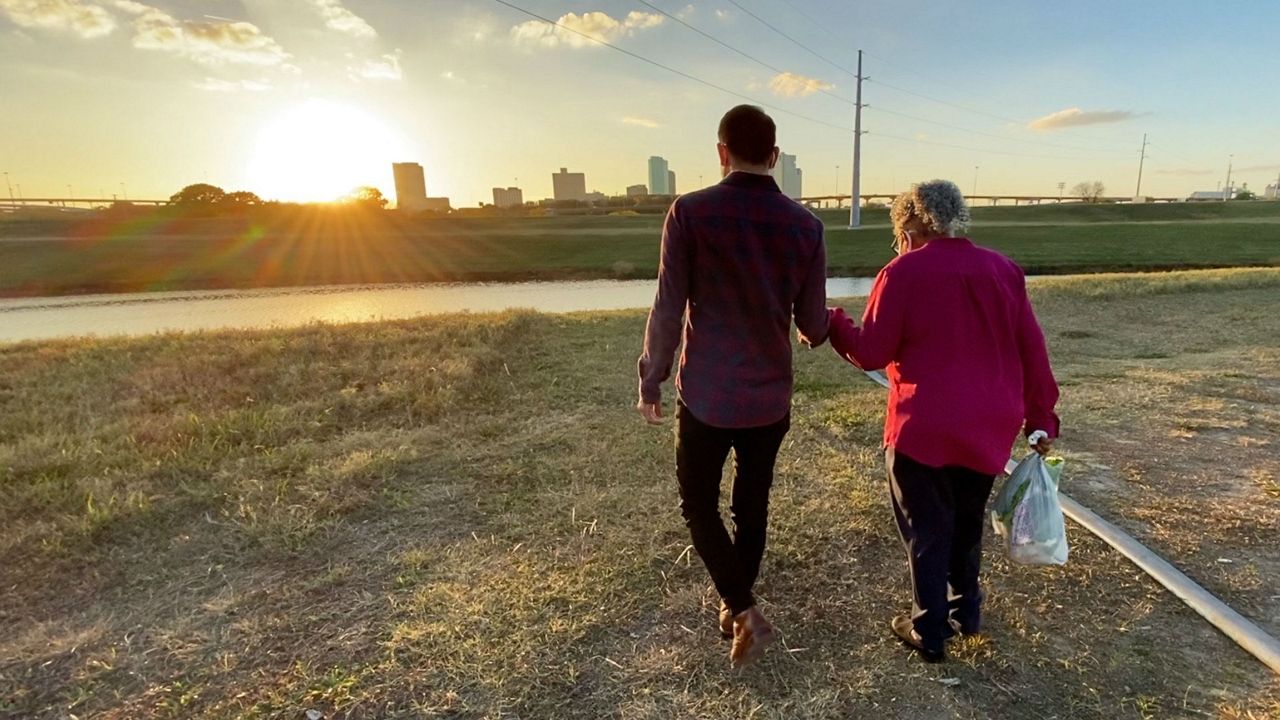