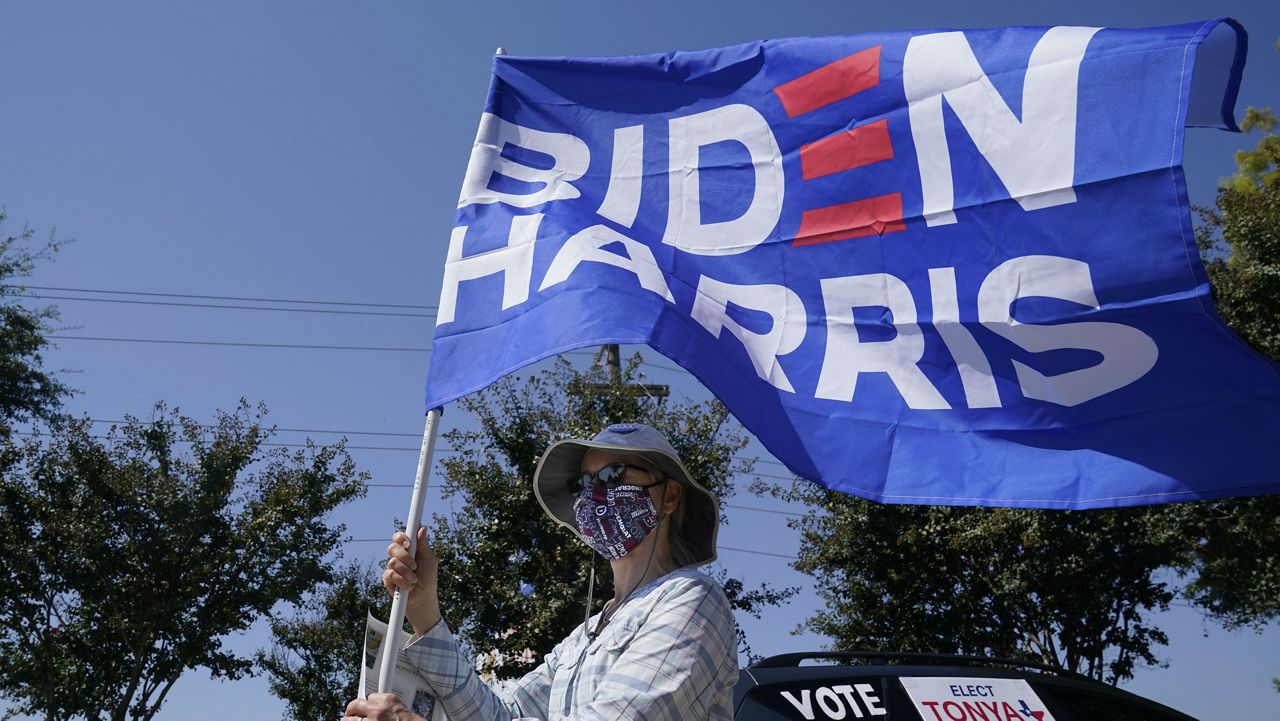 FORT WORTH, Texas  — President Donald Trump was defeated in Tarrant County with a higher number of absentee votes for the Biden-Harris ticket. Despite that victory, the historically Republican county still sees the down ballot largely favoring GOP candidates.

According to Political Science professor Thomas Marshall of UT Arlington, it will take more years and arduous work for Democrats to eventually hold those offices in Tarrant County.

“I think we’re looking at 2024 or 2028 even before we see that down ballot demographics kick in,” said Marshall.

However, the Democratic win on the presidential level gives organizations like Tarrant Together hope and is a sign of progress that their efforts during the 2020 elections were effective.

“It’s really exciting that young voters are getting into the voting process more than ever before, in Tarrant County we’ve had about a doubling of the percentage of young voters participating versus 2008, which is exciting, we hope that trend continues,” expressed President of Tarrant Together Allison Campolo.

She's referring to voters like Alejandra Sandoval who voted for the first time this November. Sandoval was unable to vote in 2016 even though she was 18 years old, because she lacked information about voting, but says being a woman of color during the last four years gave her plenty of reasons to prepare and show up in 2020.

"The blatant lies, the degrading comments, the attacks… I think the people just had enough,” she said.

The first time voter said she is overjoyed with the result on the presidential election in Tarrant County.

On the other hand, Tarrant County Republican Chairman Rick Barnes said his party are disappointed on the vote on Trump in Tarrant County, but are already preparing for midterm elections.

According to Marshall, the Trump defeat in Tarrant County could also be the result of decreased popularity.

"Mr. Trump was never a particularly popular president, even when the economy was good his poll approval ratings were in the middle low 40s, he just never recouped from that, and with the pandemic his campaign just seemed to flounder,” said Marshall.

It's a factor his supporters realize may have driven some GOP voters away.

"There’s some people that struggle with Trump and his personality and I think there’s some of that here,” said Barnes.

It's a trait the youngest and newest voters also observed.

“Whether it's Republican or Democrat, I think they probably understood the Republican candidate wasn’t representing them,” said Barnes.