WASHINGTON — Under President Trump’s first term, legal immigration and refugee admissions were at its lowest levels in the country.

Trump authored more than 400 executive actions on immigration from the border to refugee resettlement. An incoming Joe Biden administration is set to quickly overturn many of those controversial policies, including the reinstating of the Deferred Action for Childhood Arrivals program (DACA). Biden’s commitment brings some relief to DACA recipients, but they know they need congressional action.

Maria Praeli’s mother is her inspiration, which is why she is now in Washington working on immigration policy for the group FWD.us. The family immigrated to the United States from Peru seeking medical treatment for Praeli’s older sister. Undocumented, though, they could not leave the country.

“My grandmother passed away in Peru and my mother couldn’t go. I remember my mom just hugging the iPad and crying and watching her mother’s funeral on an iPad. To me that was the biggest injustice, that she couldn’t properly say goodbye to her mother because of how broken our immigration system is,” Praeli said.

The 27-year-old grew up in Connecticut and like many Dreamers did not know she was undocumented until high school. She graduated from Quinnipiac University on a scholarship and tells Spectrum News the DACA policy was “life-changing.” 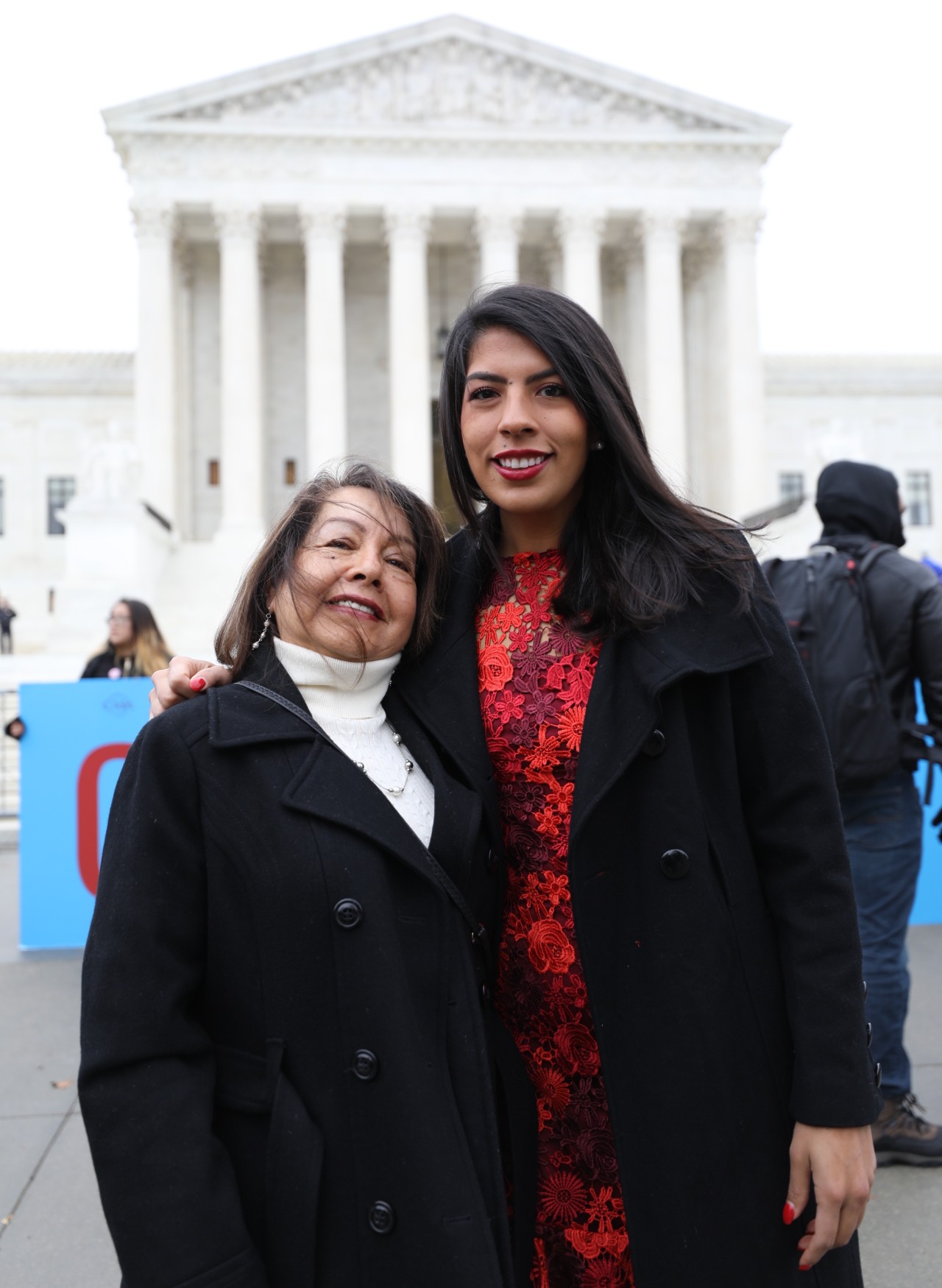 DACA recipient Maria Praeli and her mother immigrated to the United States from Peru. Praeli is looking to Congress to provide a permanent legislative solution to Dreamers. (Courtesy: Maria Praeli)

“The reality is this is my home. When DACA was announced, I could get a driver’s license, get whatever job I wanted to pursue, but also I had that safety to know that I wasn’t going to be deported at any minute to a country that I didn’t know,” Praeli said.

President-elect Biden has pledged to extend the Obama-era program, encouraging Dreamers like Praeli, of which, there are more than 640,000 living and working in the United States.

“Even though we don’t know the policies he’s going to push forward, I could find a little more comfort in knowing that the person in our highest office in this country wasn’t actively trying to deport people like myself,” she said.

Biden has pledged to revise a number of President Trump’s tough immigration policies, including the current ban on people from Muslim-majority countries traveling to the United States. The president-elect also wants to raise the cap on the number of refugees brought into the country. Biden plans to introduce legislation in the first 100 days of office to provide a pathway to citizenship for 11 million undocumented immigrations, but it would take Congress’s approval.

“A lot of these pieces of legislation come very close to an enactment, but they don't quite get across the finish line. This has been true throughout, frankly, the 21st century on immigration. There have been very few immigration laws that have been enacted, so it's going to be a heavy lift, regardless of who controls Congress to get immigration legislation through,” said Ruth Ellen Wasem, a professor of public policy practice at the Lyndon B. Johnson School of Public Affairs at the University of Texas at Austin.

UT Austin graduate Pedro Villalobos is now an assistant district attorney in the Lone Star State because of DACA. Villalobos immigrated to Houston when he was three years old from Mexico.

“I may have been the first ‘DACA-mented’ person to be licensed by Texas, but that does not mean that I want to be the last one, nor should I be the last one,” Villalobos said. 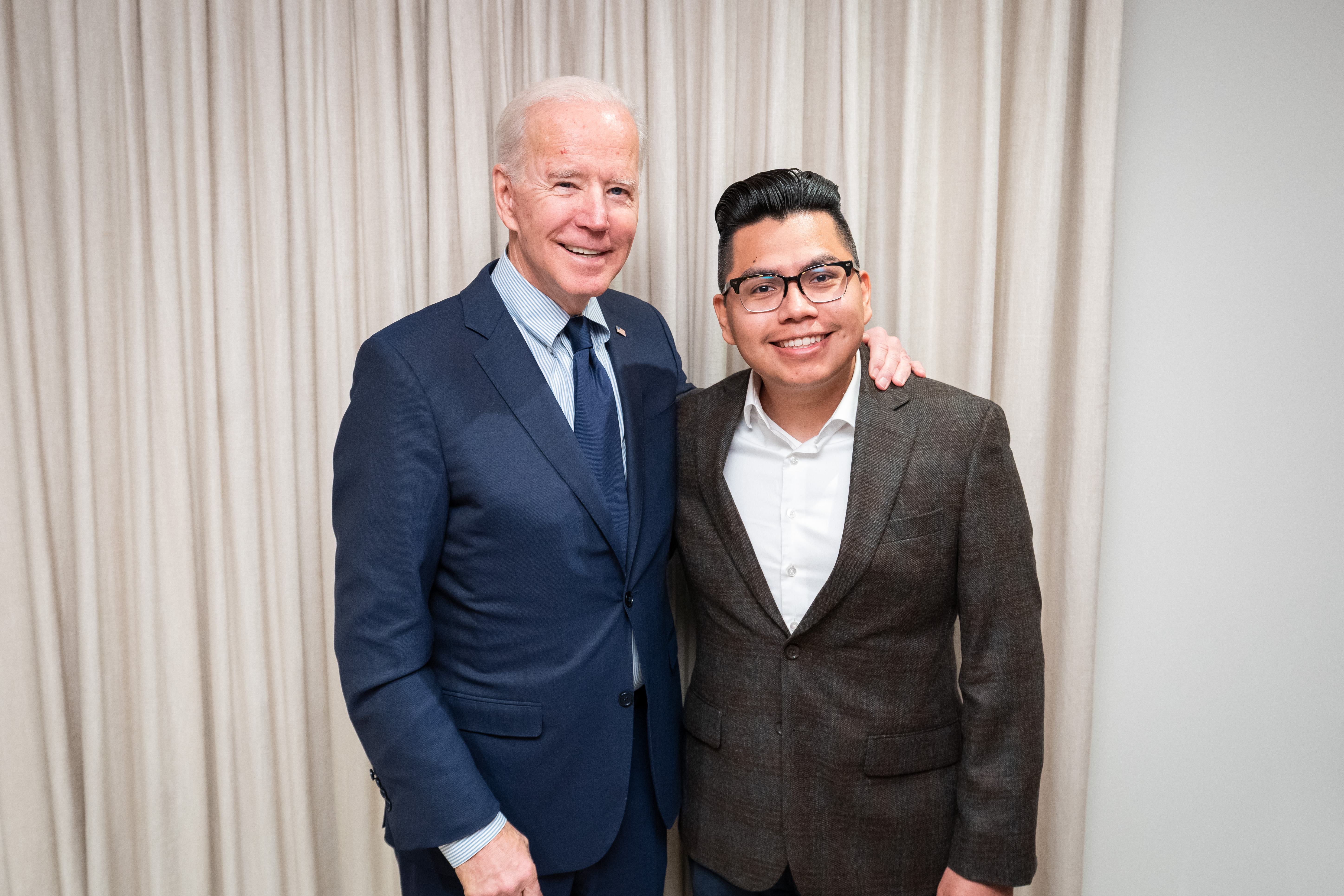 Villalobos said Biden’s projected victory brought him an immediate sense of relief, but he is looking to Congress to permanently remove the nightmare of deportation to Dreamers.

Pedro Villalobos, a University of Texas at Austin graduate, is an assistant district attorney in Texas because of the DACA program. He said Joe Biden's projected victory brought an immediate sense of relief. (Courtesy: Pedro Villalobos)

Praeli's family is now more hopeful others will not go through what they did after Biden’s projected win.

“I did call my mom and she was so optimistic,” she said.

Dreamers know challenges lie ahead, but many share in that renewed sense of optimism.