Quarter of Texans See Immigration As Top Concern, According to Spectrum News/Ipsos Poll

TEXAS — One in four Texans ranks immigration as the state’s biggest concern, according to a new Spectrum News/Ipsos poll.

While 57% of Texans viewed the COVID-19 crisis as the state’s main challenge today, immigration came in second on the respondents’ list.

The Spectrum News/Ipsos poll asked Texans to rate the main problems facing the state and to rate various levels of governments’ handling of the pandemic and other issues of statewide concern. The poll surveyed 1,000 Texans, ages 18 and up, across the state from October 7 to 14 and had a credibility interval of plus or minus 3.5 percentage points.

Twenty-six percent, or about a quarter of those surveyed, said immigration was the top concern.

Texas shares a 1,254-mile border with Mexico, making issues around immigration an important debate in the state, particularly in an election year.

Forty percent of Texans who viewed immigration as the top concern identified as Republican, while 18% said they were Democrats, and 21% independent. 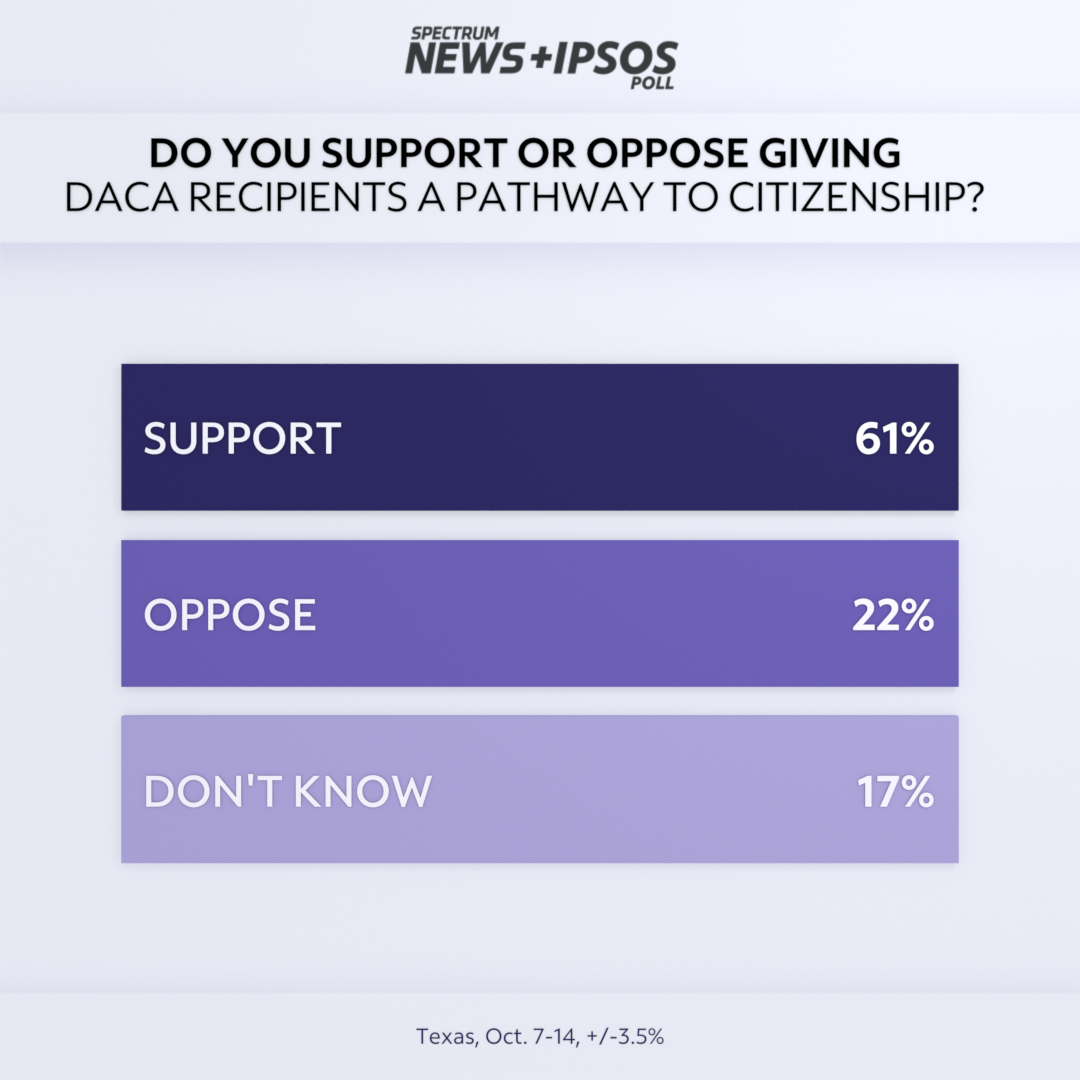 One in six respondents said they supported giving recipients of the Deferred Action for Childhood Arrivals, or DACA, a pathway to citizenship. Twenty-two percent of Texans said they were opposed to the idea.

DACA began in 2012 and protected undocumented individuals brought into the U.S. as children from deportation. President Donald Trump ended the program in 2017, but current DACA recipients may renew their status each year.

DACA recipients are eligible for work authorization, a Social Security number, and a state-issued identification or driver’s licenses. The status does not grant them visas, green cards, or a pathway to citizenship.

Texas currently has 106,000 DACA recipients, or about 16% of the total 643,000 recipients in the U.S. as of March 2020, according to the Migration Policy Institute. The institute estimates that there are as many as 1.3 million in the U.S. and 192,000 in Texas who could have become eligible for DACA before it was terminated. An overwhelming majority of DACA recipients are from Mexico, Central, and South America.