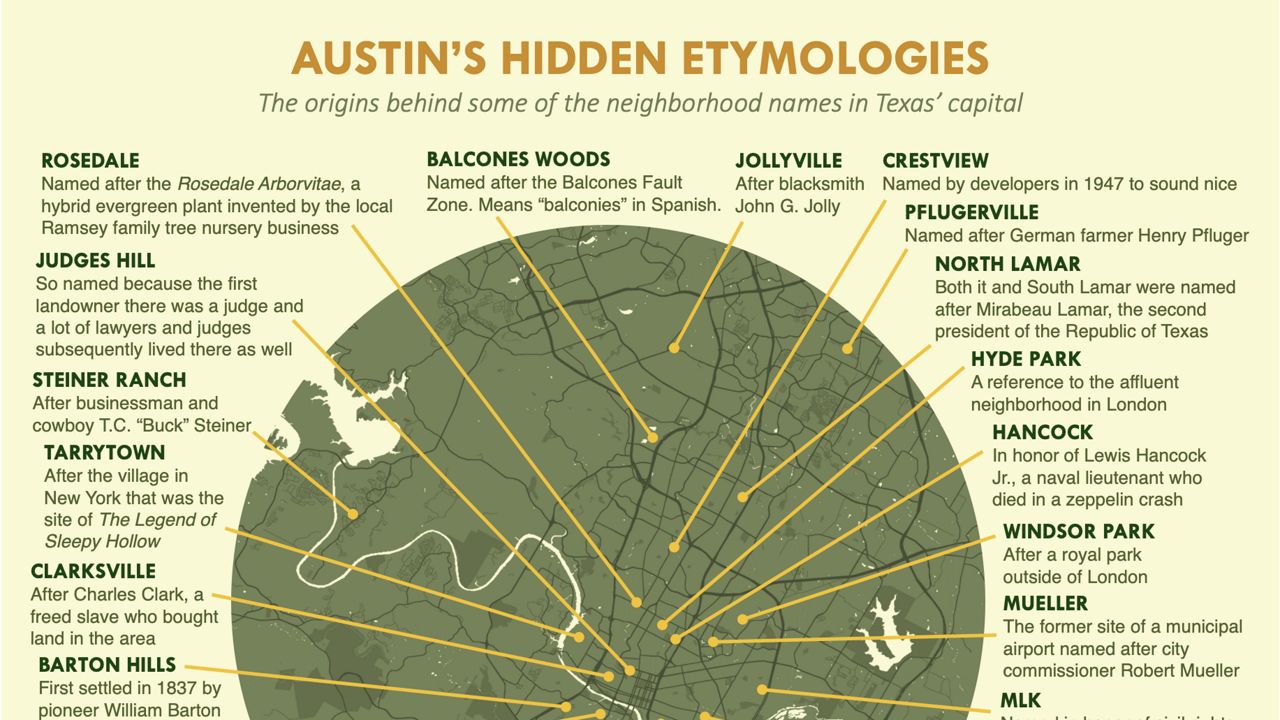 AUSTIN, Texas – A Harvard student studying language is giving his online followers a history lesson about the Live Music Capital of the World.

“Etymology is the study of the origin of words,” explained Adam Aleksic, a Wisconsin native.

He is behind Etymology Nerd, a social media account made up of infographics explaining the origins of words. Recently, he’s explained the names behind some alcoholic beverages and how different pastas got their origins.

Pasta Etymologies - updated! I appreciate all of the feedback and now any errors are fixed. This has been my most successful infographic ever on both Twitter and Instagram, and I'm thankful for you guys. #pasta #etymology #food #linguistics #interesting #infographic #pasta

“I think in total I think each infographic takes me about 15 hours,” he said.

A major hit online are graphics that explain how the neighborhoods in U.S. cities got their names. After requests from his audience, Austin finally made the cut.

“I looked into it and kinda liked the geography of the city. I like going on Google Maps and looking around the city and Austin is a very nice shaped city,” he said.

Not only does creating the actual graphic take time, Aleksic spends a lot of his time just doing research.

“Some old news articles and city records and library records,” he said, to name a few of his sources.

Aleksic says maps like these can teach a lot about a city. Take the east side community of Govalle for instance:

“You can see some Swedish words and it’s cool to see the Swedish presence in Texas which I didn’t know about before. And that was fun to learn about for me,” he said.

History can often be right under our noses, and for Aleksic – who wants to visit Austin when travel is safe again – this hobby is offering a window into different parts of the world.

“It’s actually kind of a nice way to get acquainted to a city I’ve never been in,” he said.