Grand Prairie, Texas — In a time when many Texans’ trust in law enforcement has been shaken, hundreds of locals in Grand Prairie participated in this year’s National Night Out event.

Every year communities across the nation gather for events like block parties and cookouts with the goal of promoting police-community partnerships. For the Grand Prairie Police Department, the event has always received a successful response from the community.

With COVID-19 and social distancing this year, the police department considered canceling the event but instead got creative.

“We were forced to make a decision, you either cancel it, or do a virtual event,” said Officer Jim West with the Department’s Crime Prevention Unit. “We couldn’t find it in our hearts to cancel National Night Out. The virtual didn’t really give it it’s due for the kind of celebration that we usually have.” 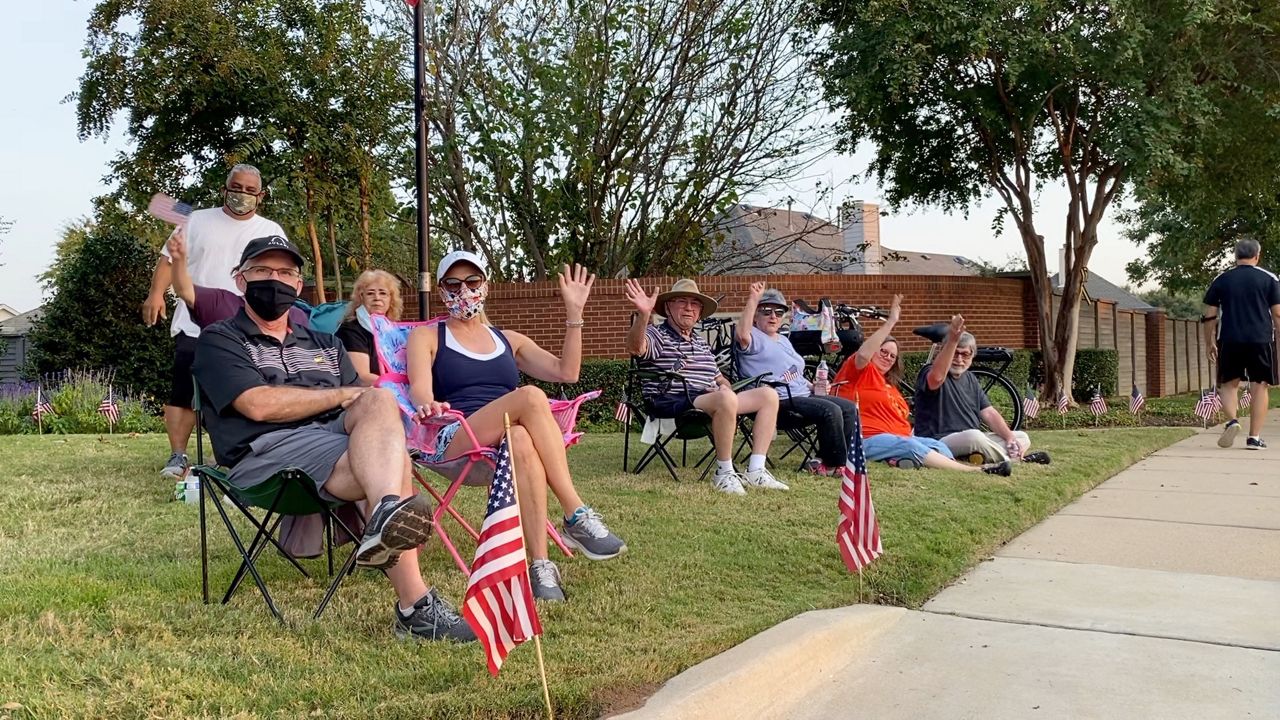 After 25 years of serving in law enforcement, West says this year has been one of the toughest. It’s been hard for him seeing the trust in police questioned because of police brutality protests across the nation.

It made him happy to see the outpouring of support from locals who wanted to modify the event instead of canceling it all together.

The department came up with a solution to hold a celebration while still promoting social distancing. Like many police departments eager to carry on the tradition, they resorted to throwing a parade.

Earlier this year, the department’s public information officer Chelsea Kretz, along with a committee, presented the idea to the Grand Prairie City Council with a positive response from council members. 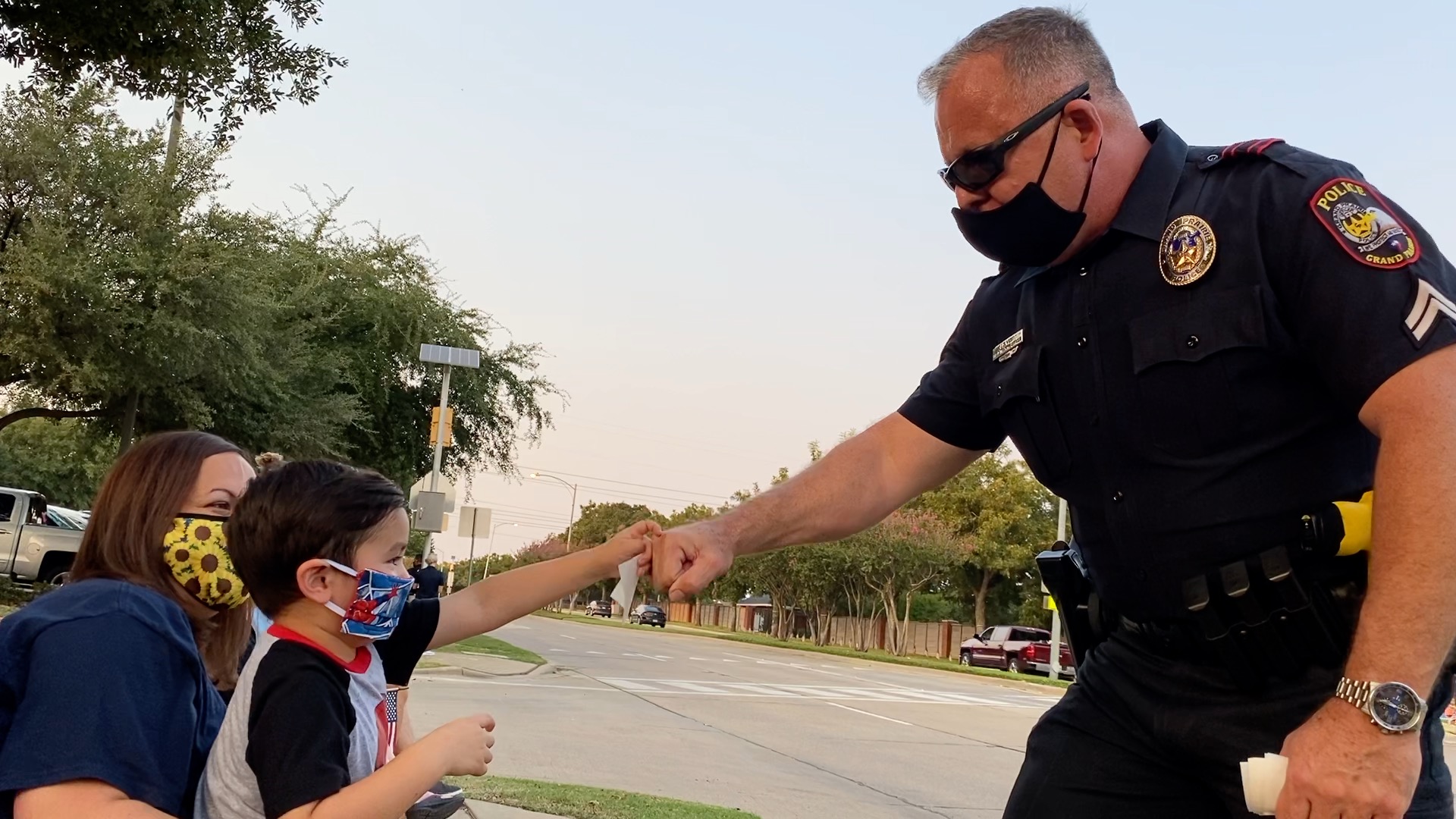 “We had a car show last year that raised money for Children First Counseling Center and so we thought well, we have that group of people that we could reach out to to say, ‘Hey, would you guys want to come along?’ And the response was incredible,” said Kretz.

The city named the event “Community Cruise Parade” and invited dozens of vintage car owners to join the procession. 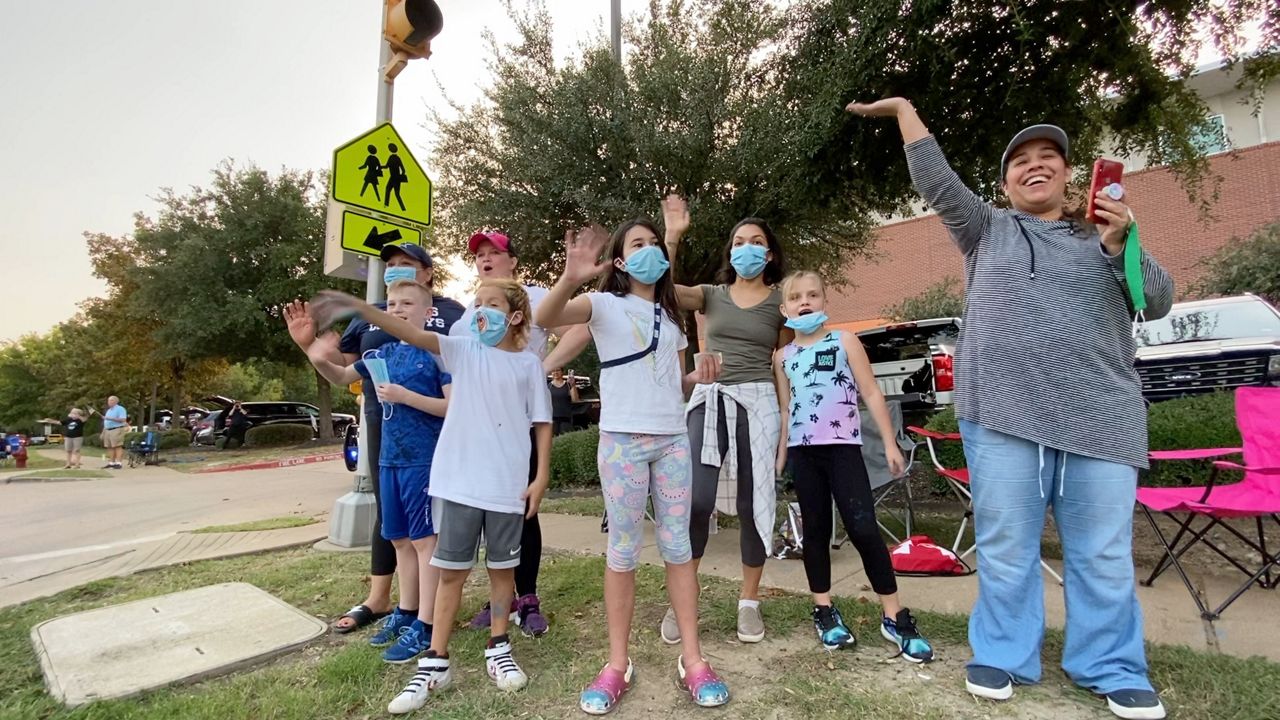 Hundreds of locals gathered in groups along the 15-mile parade route to enjoy the more than 80 cars in the parade. Many displayed homemade banners and blue line flags in support of the relationship between their neighbors and their law enforcement.

At the end of the parade, after seeing the hundreds of people who participated, West says it’s this show off support from his community that keeps him proud to serve.

“We pulled it off! We didn’t know how it would end up. It turned out beautifully. It was better than we even could’ve asked for,” said West.