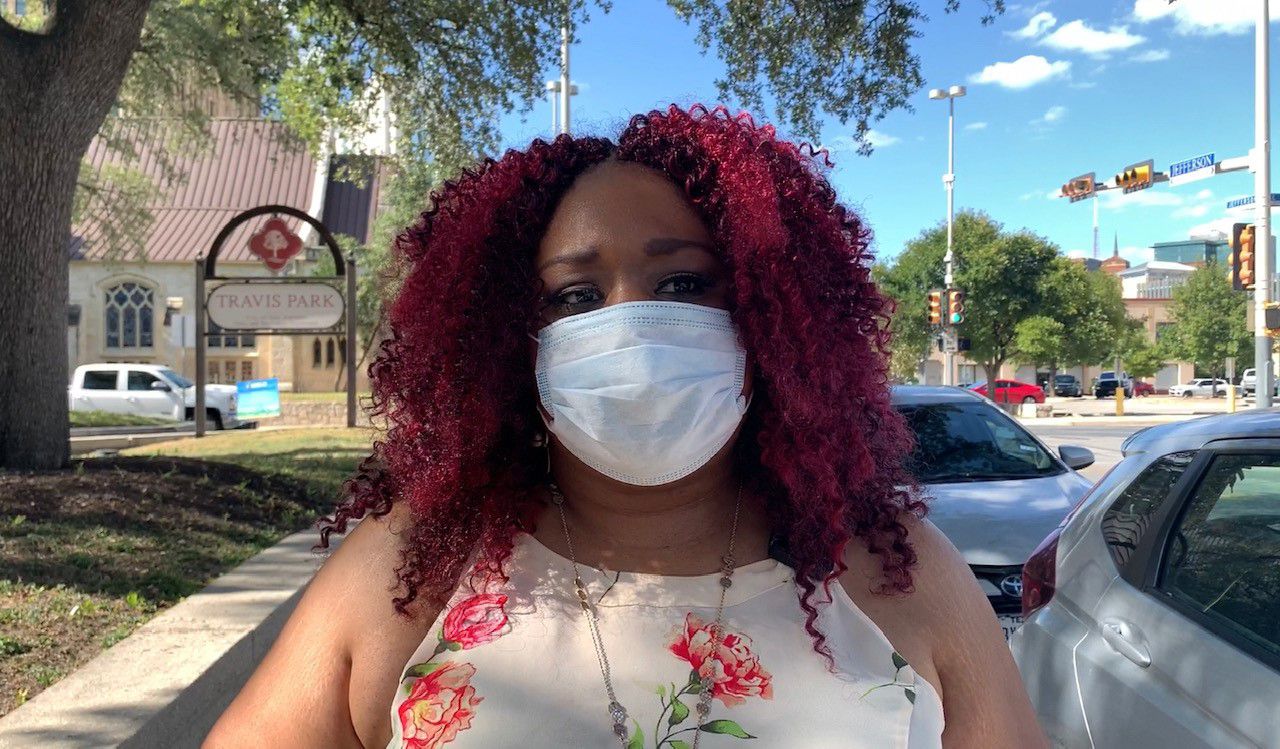 Andrea “Vocab” Sanderson walks around Travis Park where her poetry is painted on the surrounding streets. (Jose Arredondo/Spectrum News)

SAN ANTONIO — In a normal world when there’s not a pandemic, Andrea “Vocab” Sanderson can be found reciting poetry in front of packed crowds.

“Some very hard subject matter, a lot of times people are asking me to write specific things,” Sanderson says. “Sometimes people come to me thinking they might know the type of things I write about… and then I come outside of the box.”

Sanderson is always on the go, especially now that she’s been named San Antonio’s Poet Laureate, a position recognizing her history of great work.

“There’s not a lot of comfortability where I’m at because it’s a new skin and challenges everywhere, realizing that I’m operating at a different level,” Sanderson says.

The pandemic has closed down venues and spaces all over the city, but Sanderson believes it’s a time where creatives can be innovative. 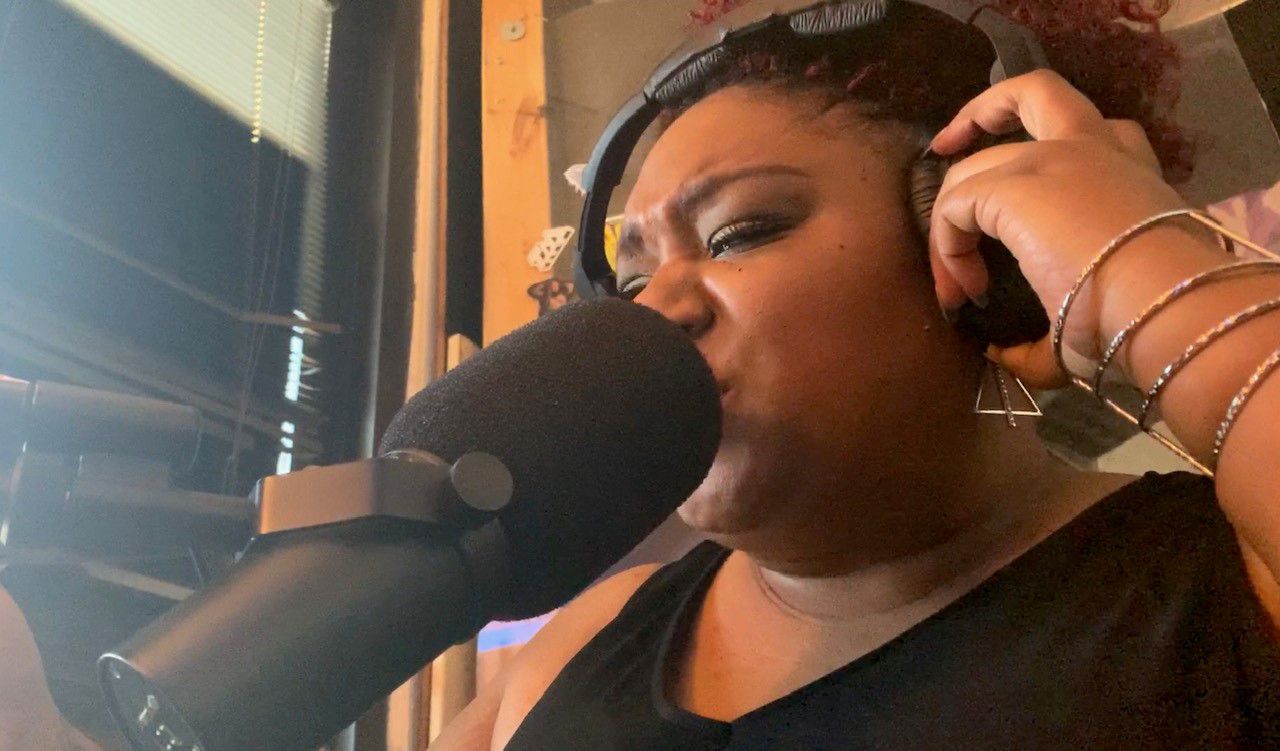 “I think it’s a time, a season where you can do a lot of planning,” Sanderson says. “A lot of research and submit to publications.”

Some of her ideas come from an unlikely place — the front desk at a juvenile detention center.

“So I’ll go to the back and perform for those events, but other than that, I’m up on the front desk in main control,” Sanderson says. “Everyone walk past me and I don’t think much of it.”

Sanderson works overnight so there isn’t much action going on, which gives her time to create projects like “8 x 8 Cabaret Du Jump En Noir,” a two-day virtual event, where eight Black artists will perform for eight minutes.

“You wouldn’t think going into a prison, you would get a sense of peace, but even in that detention facility there is some peace for me,” Sanderson says.

Sanderson stopped by a Northside studio sang, rapped and ad-libbed on one song.

“Jubilant and exuberant is the melanin of our skin,” Sanderson said into the studio-microphone. “From despair, we have arisen.”

Those words are painted on the streets surrounding Travis Park in Downtown San Antonio.

“It was really beautiful to know that people were staying up in the middle of the night to paint words that I wrote,” Sanderson says. “I would’ve been happy if it would’ve been anybody because poetry, to me, this is where poetry belongs.”