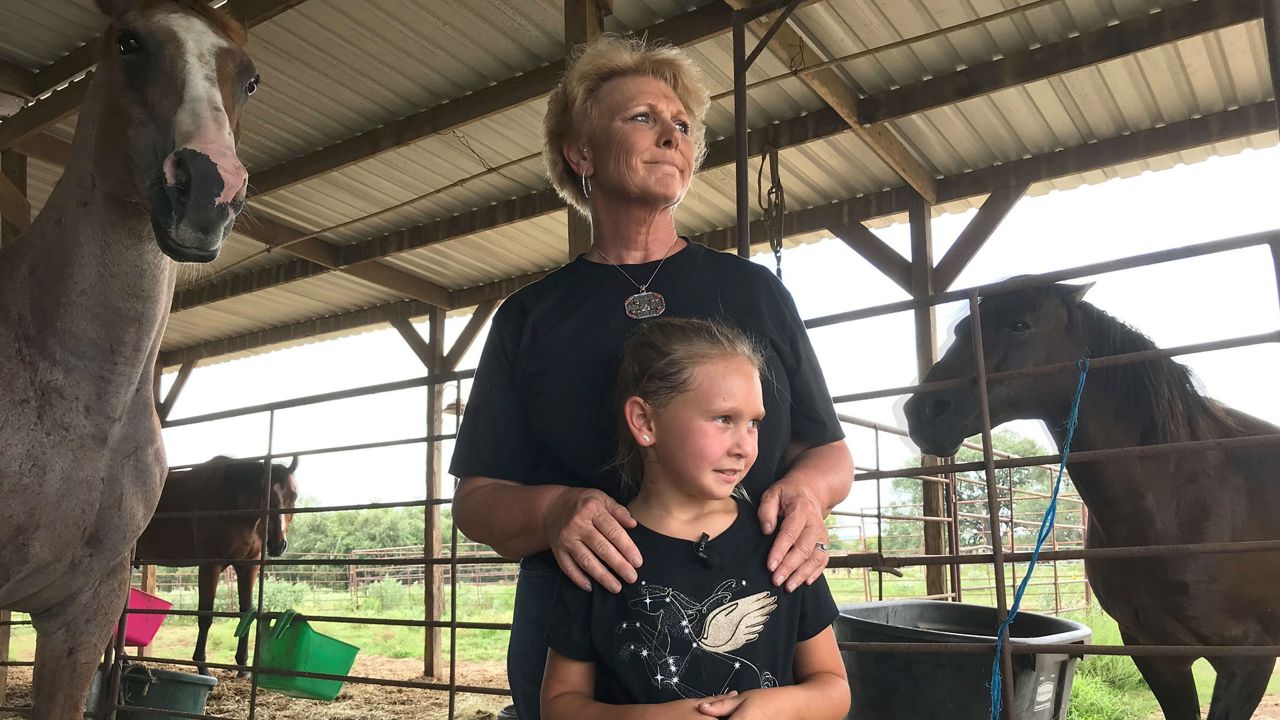 Judy Branning stands with her granddaughter Lilly Dillon in their barn. (Spectrum News)

CALDWELL COUNTY, Texas – A Caldwell County family is left both sad and angry, wondering who could have come onto their property and shot a prized family horse in the head? Now a national nonprofit has stepped in, offering a reward for information leading to an arrest in the case.


With Mom and Dad both at work, Lilly Dillon had been spending extra time at her Nana’s house outside Luling. The arrangement allowed not only for more quality time with her grandmother, but also more opportunities to be around her family’s rescue horses.

Dillon is at ease in her grandmother, Judy Branning’s barn – brushing the horses, spreading hay for them, and occasionally giving them peppermint candies as a treat. But the 7-year-old felt especially comfortable around her personal horse: Midnight.

“Since she was 18 months old she’s had Midnight,” said Branning. “She had just got to be where she’s going from a lead-line class — which means someone leads you — to she can ride on her own. And then this happened.”

Roughly two weeks ago, Branning woke up and went out to the barn to care for the horses when she discovered Midnight bleeding from the head, the result of an apparent gunshot wound.

“She also had a broken shoulder which ultimately led to her death. We had to put her down,” said Branning.

Warning: some of the images in the below post are graphic.

Dillon was short for words, visibly saddened when asked by her grandmother what she missed about Midnight, and Branning doesn’t have the heart to tell her granddaughter what really happened.

“Lilly still does not know the cause of her death. She just understands that there was an accident and she had to be put down,” she said.

Authorities in Caldwell County are investigating several possible scenarios, including the possibility that the shooting was the result of a horse theft gone horribly wrong.

“If somebody was going to steal them, steal them,” said Branning. “Don’t wound them, don’t injure them, don’t kill them. But that’s what happened to us.”

After hearing the family’s story, national animal welfare nonprofit Guardians of Rescue put together a $5,000 reward for any information leading to the arrest and conviction in regard to Midnight’s death.