Remember Hyperloop? It's Getting Closer to Reality

Imagine traveling from Dallas to Fort Worth in just a few minutes. Sounds impossible, right?

Current technology limits travel between nearby cities to plane, train, automobile, bus or the occasional intrepid cyclist. But that could change, now that the U.S. Department of Transportation has cleared a path for non-traditional and emerging transportation technologies such as hyperloop.

In late July, USDOT unveiled a guidance document to establish regulations for the system, which uses magnetic levitation and vacuum pumps to propel passengers in a pod through a tube at speeds of about 700 miles per hour. 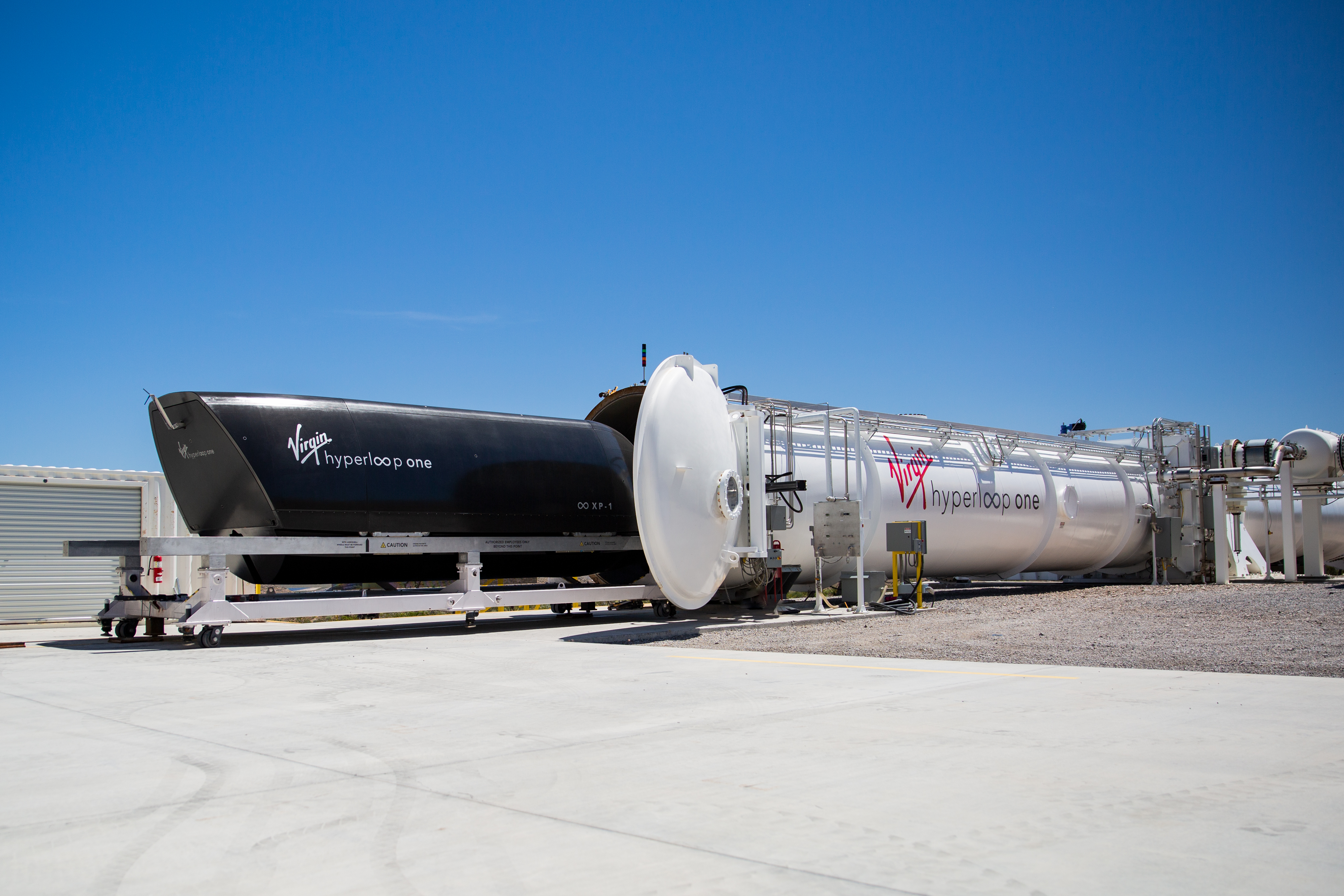 “These formerly abstract ideas, evocative of science fiction, have now matured into physical prototypes and project proposals,” USDOT Secretary Elaine Chao said in a statement. “Inventors, investors, and stakeholders are ready to build out these technologies.”

The first government agency in the world to begin establishing regulations for hyperloop, USDOT places hyperloop technology under the purview of the Federal Railroad Administration and also makes it eligible for federal railway funding.

“We are very, very excited about the DOT announcement,” said Diana Zhou, director of project strategy for Virgin Hyperloop in Los Angeles. “It means that we have even more tools available to us to commercialize the system.” 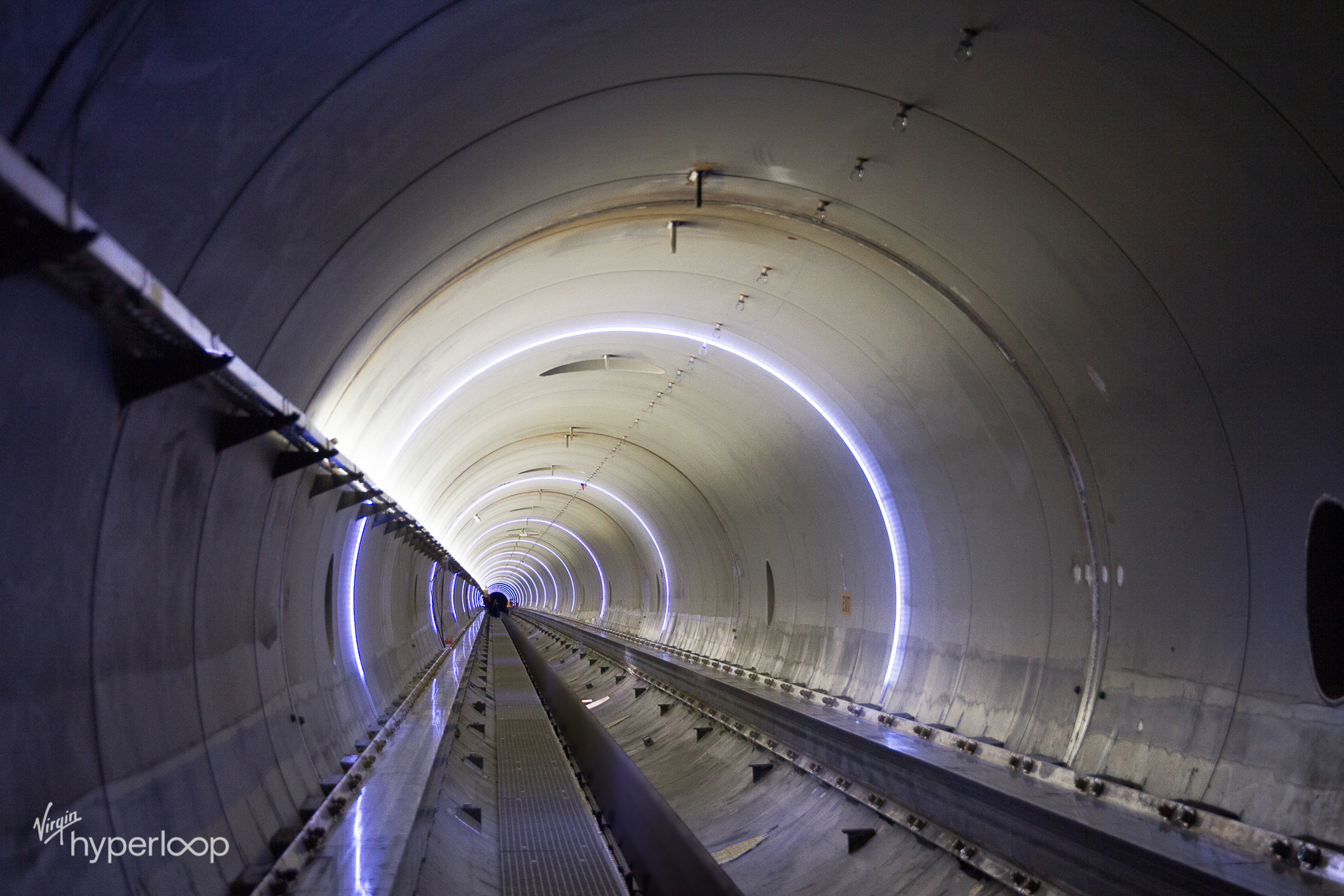 Founded by the British billionaire and philanthropist Richard Branson in 2014, Virgin Hyperloop has spent the last three years testing its system on something called the DevLoop in the desert outside Las Vegas. One-third of a mile in length, the company’s designers have been successfully accelerating a passenger pod inside the loop’s elevated steel tube from 0 to 240 miles per hour and back to zero again.

“It’s not just about making the technology work for us,” Zhou said. “It’s how we can make the technology safe, and create an environment where people feel comfortable stepping into the pod and riding it.

“We want it to be as boring as possible,” she said. “We want it to be very smooth. It will essentially be like getting onto a train right now, so you step into the pod, you gradually accelerate until you get to full speed, but you don’t actually feel that acceleration when it’s happening because it’s so gradual. And then, once you’re at top speed, you’re just cruising.” 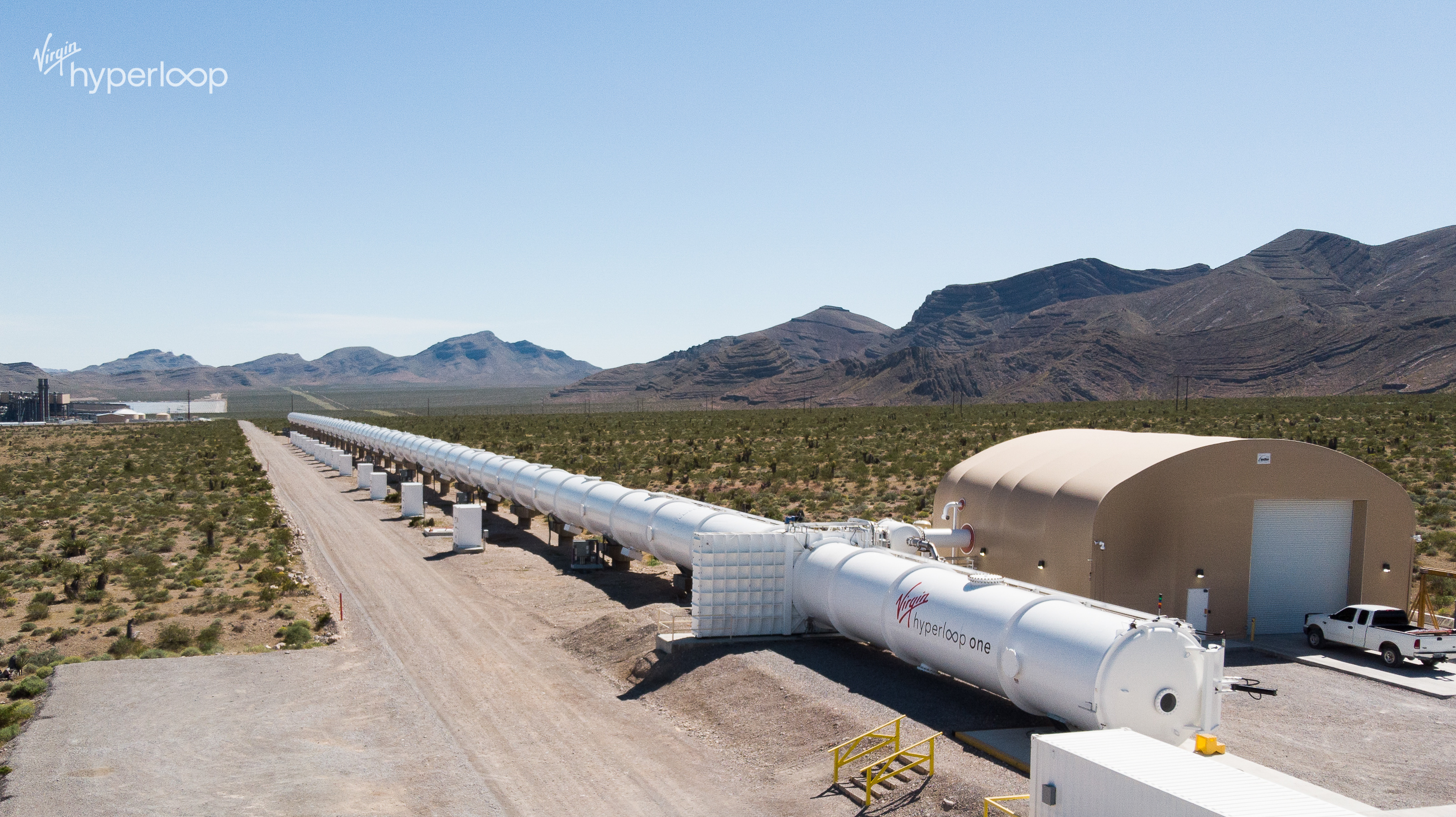 When, exactly, passengers will be able to do that is an open question, though the USDOT guidance nudges the timeline forward.

Virgin Hyperloop is currently looking for a home for a new hyperloop certification center somewhere in the U.S. that would be a longer, six-mile version of what it’s currently operating in the Nevada desert, with a higher top speed of just over 700 mph. Offering more functionality, Zhou said, will help Virgin Hyperloop’s engineers understand how passengers will board and disembark from the pod and, eventually, allow a regulator to certify and approve its system for commercial use.

It is also working with local government agencies in Texas to determine hyperloop’s feasibility, including a system that would connect Dallas with Fort Worth, 32 miles away. The best application for hyperloop is connecting cities – not for connecting areas within a city – because of the high travel speeds. That’s the game plan for LA-based Hyperloop Transportation Technologies. Its Great Lakes Project will connect Chicago to Pittsburgh, Pennsylvania, with stops for South Bend, Indiana, and Toledo, Cleveland, and Youngstown, Ohio, in between. At an average speed of 600 mph, a trip from Chicago to Pittsburgh would take about 45 minutes in the HyperloopTT, the company estimates.

“In terms of a commercial project to connect different locations, it all goes back to travel demand,” said Chuck Michael, lead engineer for feasibility and U.S. policy for HyperloopTT, which envisions the technology being used for freight as well as passengers. “Between Boston and New York, or L.A. and San Francisco, or Portland and Seattle, it’s not difficult to come up with potential projects based on these high-demand corridors.” 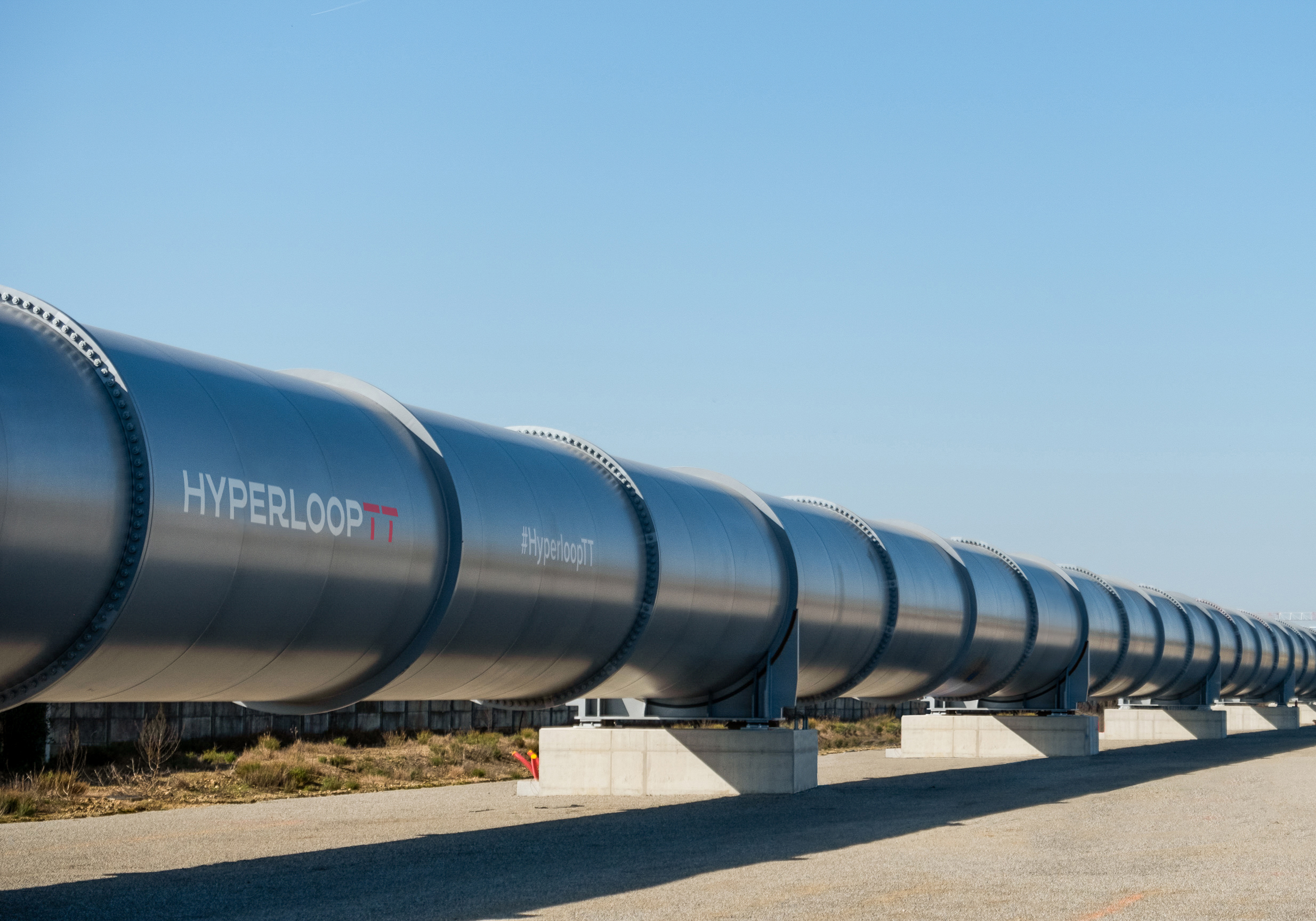 So far in the U.S., the Great Lakes Project seems closest to reality. A public private partnership between HyperloopTT and a consortium of 80 government agencies, the company has completed the feasibility study and will soon conduct an environmental review for the project that, if all goes well, could be completed in about 15 years.

HyperloopTT is currently testing its system on a track that’s one-fifth of a mile at its research and development center in Toulouse, France. Its first commercial deployment will be in the United Arab Emirates, with a six-mile system in Abu Dhabi that’s expected to break ground later this year.

The world’s first commercial hyperloop deployment, the Abu Dhabi project could be a game changer so “that a lot of our skeptics and cynics who think this is all sci-fi will potentially come around.” 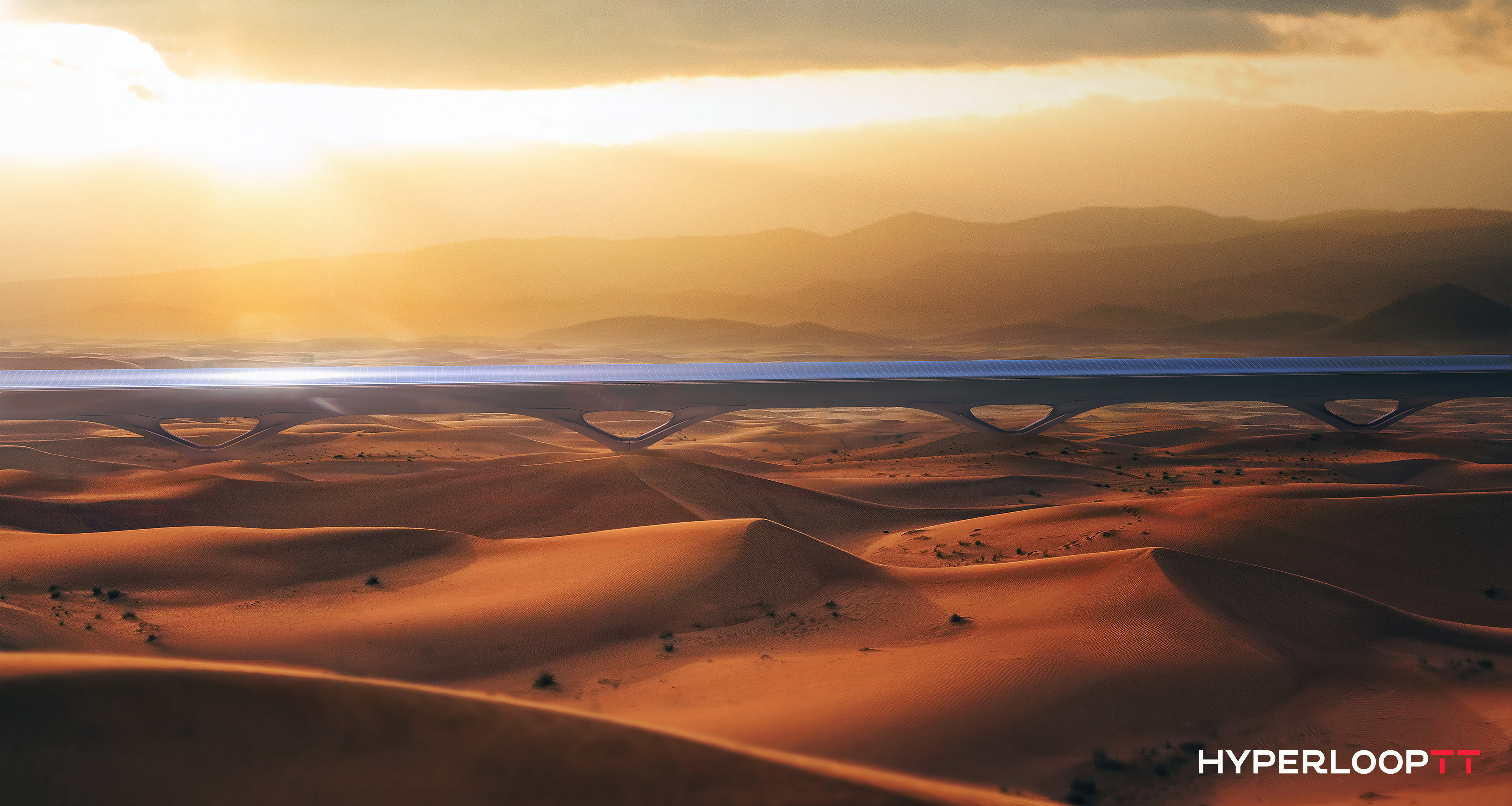 Elon Musk first proposed hyperloop as a new form of transportation in 2012, but he said he was too busy with Tesla and Space X to build it and suggested others pursue the technology. In 2016, Musk formed the Boring Company, but its mission is to create tunnels for electric vehicles to help alleviate traffic. Running cars along rails similar to a train track at speeds as high as 150 mph, it is not a hyperloop system. Still, his initial idea has prompted roughly a dozen companies to develop hyperloop systems globally.

“What’s notable is that hyperloop is moving beyond pie-in-the-sky to a little more on-the-ground reality, but there’s still a long way to go,” said Joseph Schwieterman, director of the Chaddick Institute for Metropolitan Development at DePaul University in Chicago. The USDOT guidance, he added, is a positive first step.

While it’s relatively easy to build an elevated tube, one of the biggest hurdles hyperloop has to overcome is finding a suitable right of way without years of political wrangling or NIMBYs slowing things down, Schwieterman said. To connect major cities could require obtaining land use rights from hundreds of different property owners, he said.

"There’s serious risk” to getting hyperloop technology off the ground, but “you need to avoid being overly skeptical since the technological frontier is shifting fast and the demand for travel is continuing to grow,” he said. “It’s important that there’s a clear demonstration that the technology can work, but it may happen sooner than people expect.”