The Hedrick family appears in this image from July 2020. (Reena Diamante/Spectrum News)

AUSTIN, Texas — The novel coronavirus is taking its toll on the Texas economy, and this month the state comptroller announced were are facing a nearly $5 billion budget shortfall. State agencies have already been directed to cut 5 percent from their current budgets to try to cushion the blow. In response, state health officials recently proposed slashing $133 million​ in health services, including those for children with disabilities. One Texas family fears what it could mean for their child and others across the state who rely on these programs.

When Cadence Hedrick was born, it was not guaranteed she could use her legs. But now she is a walking, talking 2-year-old. Parents Robert and Annie Hedrick call her their miracle baby.

“Her being able to move around safely has really been a confidence booster for her,” mother Annie Hedrick said.

“We went from really just wondering if she could walk at all, to her being very functional,” father Robert Hedrick said.

They said Cadence is chatty, curious, and compassionate, and credit her development, in part, to early childhood intervention programs. Cadence receives therapy through the help of the nonprofit Easterseals Central Texas, which serves people living with disabilities.

“Being able to have someone there and kind of keep us safe while being able to push her, it was unbelievable. Like, I don’t think we could have done it by ourselves at all,” Robert Hedrick said.

At one point, the family received respite care, and said they can only imagine the pandemic is amplifying such need.

“Being at home with your child all day can be a joy, but it’s also extremely tiring. Respite services were really great,” Annie Hedrick said. 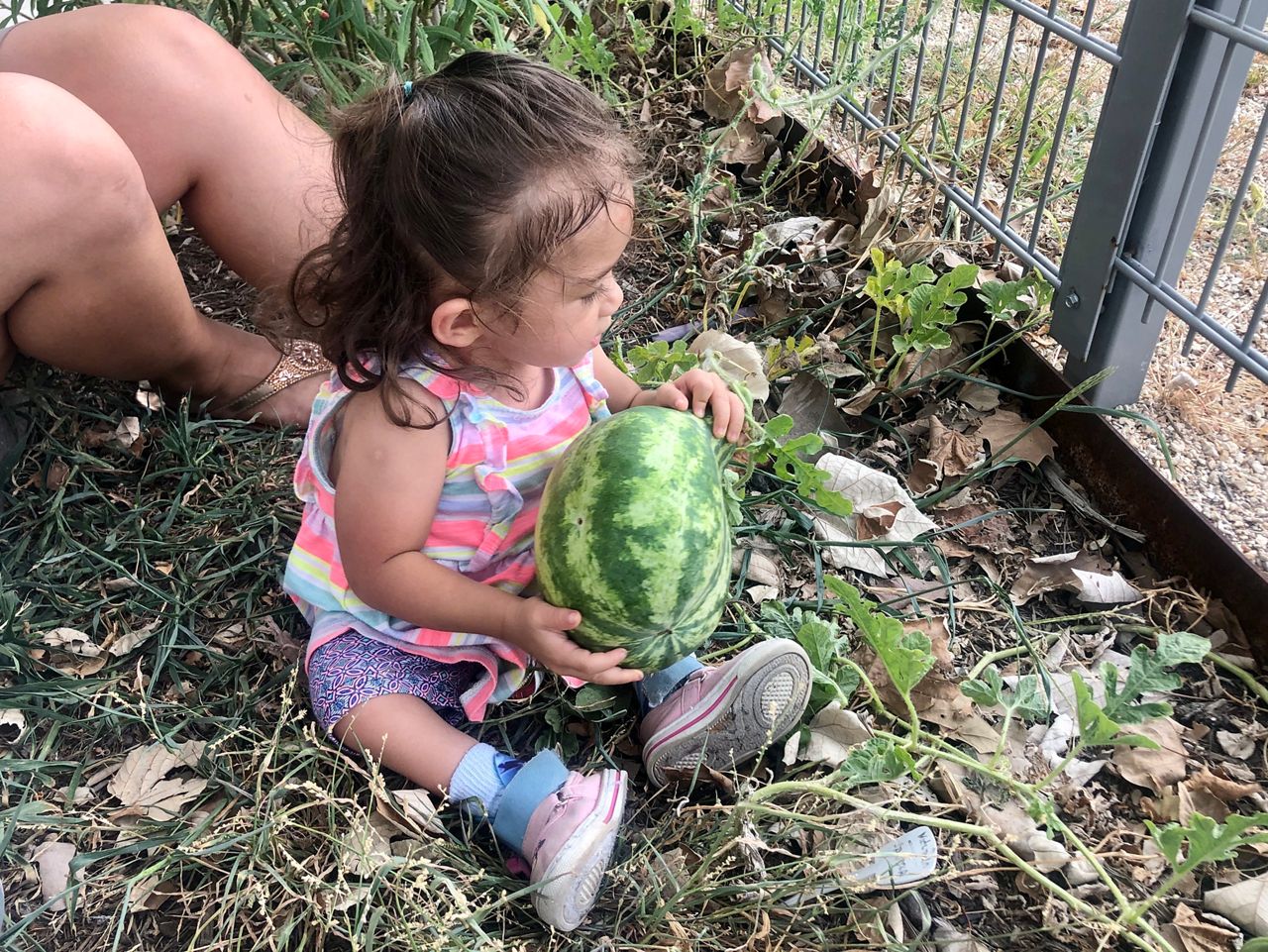 Cadence Hedrick enjoys some time with a watermelon in this image from July 2020. (Reena Diamante/Spectrum News)

But this program, among several state health services, could face funding cuts.

State leaders have instructed state agencies to cut 5 percent from their budgets as Texas grapples with a weakened economy due to the coronavirus pandemic.

In their draft proposal, which is subject to change, officials with the Texas Health and Human Services Commission said they prioritized short-term mortality over long-term health benefits, as well as services they believe have more impact on the health and well-being of Texans.

Early childhood intervention programs in Texas have faced funding cuts before at the legislature. Advocates understand it may be a tough choice, but are hoping with some public input, state legislators will move onto other options. Stephanie Rubin, CEO of Texans Care for Children, suggested state leaders could use the state’s rainy day fund.

“At this time that we really need to address our economic recovery, cuts to kids and families are not only cruel, but they also will slow our recovery down. We need healthy Texans to get back to work, to be in class, and to take care of kids and their families,” she said.

“Short-term mortality and long-term health and independence are important. They’re tough issues to be sure. But, when you look at the public investment that is required for kids that don’t get these services during this critical window of developmental time, the cost to society is exponential,” Marvin said.

In a statement, Christine Mann, HHSC chief press officer said, “We are committed to delivering the highest level of services and care to Texans in the most prudent and fiscally responsible manner while operating within existing resources. During this unprecedented and challenging time, we are keenly aware of the economic challenges Texas faces and are working with state and legislative leaders to ensure our budget meets the needs of Texas.”

But families worry what will happen if the needs of these young Texans are not met.

“Any lapse in the quality of care, is going to have a dramatic effect on these children because they're going through different stages of development. If you’re kind of stagnate in one of them, it can put them just years behind,” Robert Hedrick said.