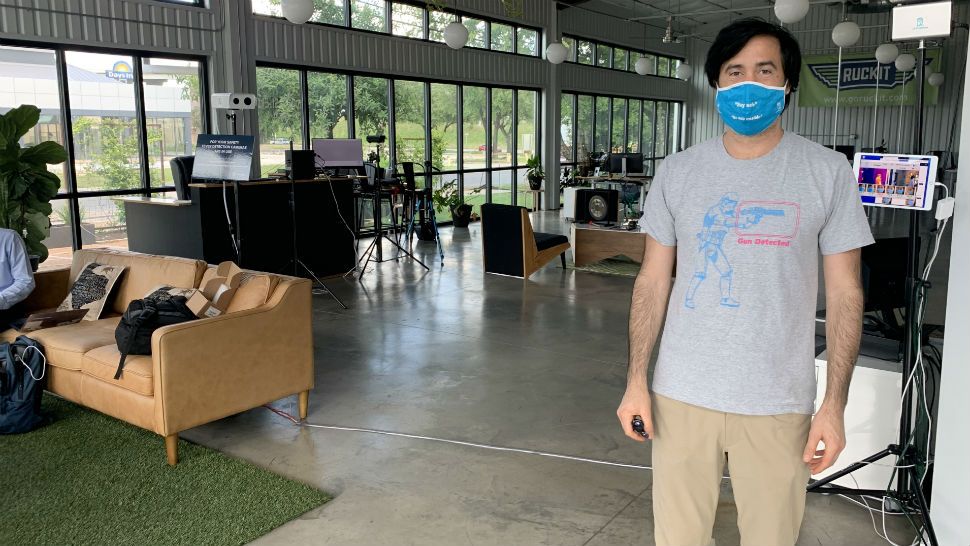 AUSTIN, Texas -- An Austin-based security company has reconfigured its gun detection technology to help slow the spread of the coronavirus.

Athena Security is not founder Chris Ciabarra's first company. His entrepreneurial roots go all the way back to when he was 16, selling candy out of his backpack in school.

Since then he’s started at least 10 businesses, including selling a security system that uses thermal imaging technology to detect concealed weapons. However, when he saw the beginning of the coronavirus pandemic take hold, he saw another use for that technology.

“Beginning of January and December timeframe we were traveling a lot overseas. We saw all the things that were happening over there. And we're like, 'Wow, this is gonna hit America really soon.' So we started to get our things together around January," said Ciabarra.

In a matter of weeks, he was able to take his concealed weapons detection system and reconfigure it to screen people’s temperatures.

“We took that same technology. We already have all the cameras programmed to our platform. We already have the alerting system programmed into our platform. We were able just to get a more sensitive thermal imaging camera to do the detection for actually a skin temperature detection, and we just popped that in and then we just had to build the actual skin temperature detection software on the computer side," said West.

When the system is set up, it can read people’s temperatures in real time.

“Their temperature will show up with the image, they don't have to stop. If they choose to stop, they may, so you can see their image pop up every time they look at the camera," said Ciabarra.

As coronavirus case numbers continue to surge in Texas, businesses are taking advantage of Athena’s technology to quickly screen their employees.

For Ciabarra, what’s most important is that his technology is helping keep people safe.

“When we started this company, we wanted to save lives and that was like the mission of the company. When people were getting shot on TV we're like, 'Let's go stop that, why isn't technology fixing it?' Same thing here, we want technology to fix the problem. People are getting infected, infecting other people at the workplace. So that's what our mission is, that's what's driving us is to help save lives," said Ciabarra.