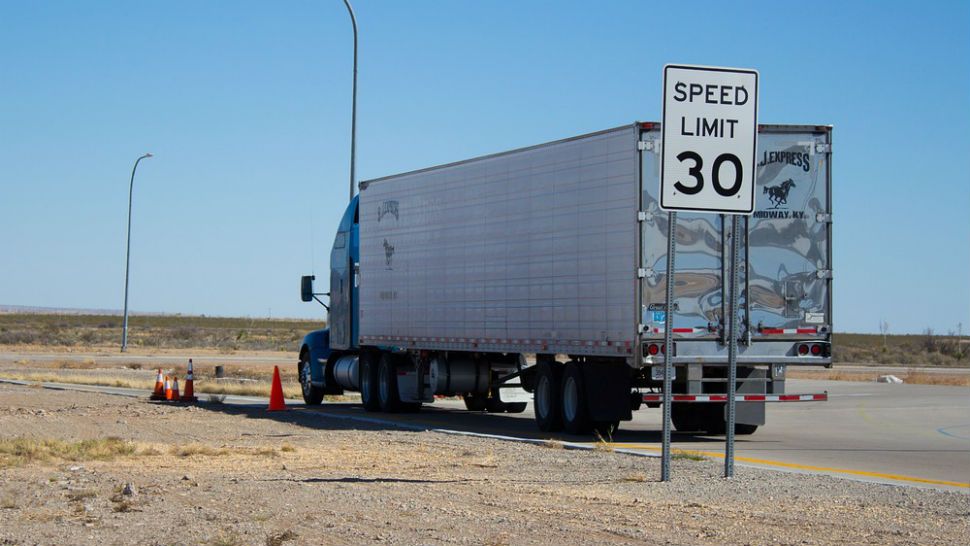 WASHINGTON -- Adam Blanchard of San Antonio oversees almost every aspect of the trucking business that he helped open six years ago.

“At that time we started with one truck, one trailer and got that on the road,” Blanchard said of his company, Double Diamond Transport, Inc.

The mom and pop operation has grown to almost 75 trucks. He calls it a “very tight margin business.”

Blanchard is concerned about a measure on Capitol Hill that would more than double the minimum amount of insurance required for truckers.

“This is the type of situation that could very likely put us out of business,” he said.

The amendment to a transportation bill would require him to carry $2 million of insurance on each vehicle, instead of the current $750,000 minimum.

According to lawmakers backing the proposal the extra money would help people involved in trucking accidents with medical bills and other related costs. It would also keep insurance requirements up with the rate of inflation.

The Institute for Safer Trucking praised the measure, which passed through a House Transportation committee this month on a party line vote. Texas Democrats supported it, Texas Republicans did not. It still needs to pass both the House and the Senate.

The President of the Texas Trucking Association said insurance costs have been troublesome for years.

“By raising that insurance cap, by raising the minimum, it just encourages the continued abuse that we’re seeing on the opposite side in the industry,” said John Esparza, president of the Texas Trucking Association.

He’s referring to the increasing number of lawsuits from plaintiffs seeking money related accidents with Trucks. Esparza calls the proposal in Congress a step backward that would force smaller carriers to shut down.

“It actually takes us in the opposite direction causing motor carriers to close their business," he added.

And truckers like Adam Blanchard are worried its impact on their businesses could be catastrophic.

“I don’t see how we could continue to operate with the amount of insurance premium required with this type of legislation,” Blanchard said.