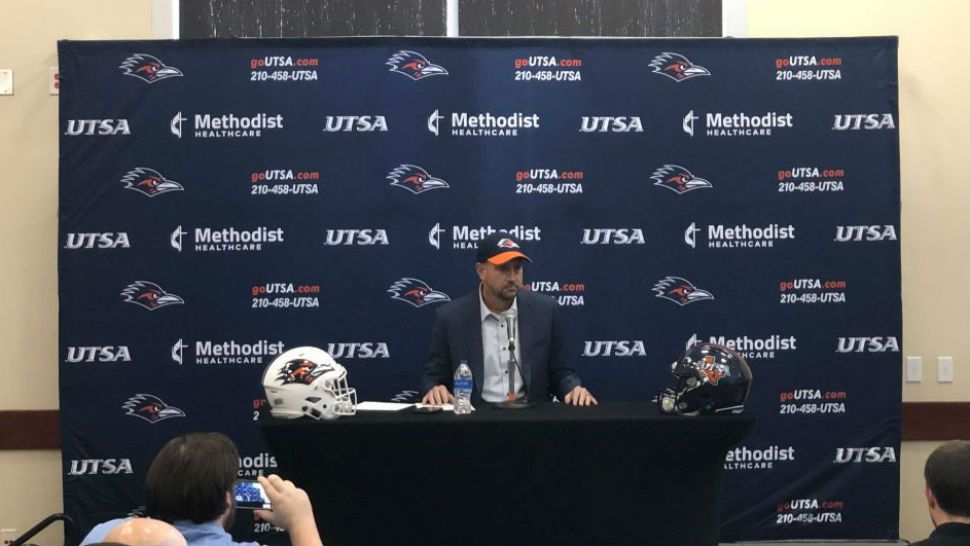 SAN ANTONIO — Jeff Traylor took over as the head football coach at the University of Texas at San Antonio back in December, but nothing has been normal about his first few months with the team.


When the country shut down because of the COVID-19 pandemic back in March, it meant the Roadrunners would not have spring practice.

“I haven’t coached my kids a day yet,” says Traylor. “It would just be nice to see a quarterback throw a football, a receiver catch one or a running back run one.”

Traylor hopes that will happen soon. Slowly, players are starting to come back to campus and begin going through voluntary workouts with the strength staff. If things stay on track he hopes that there will be football this fall and he’ll get to lead UTSA onto the field for the first time as their coach.

Over the last few weeks the country has been going through unrest and a push for change in the fight for racial equality. That's had a major impact on college football programs across the country, including UTSA. Traylor says recently his team had a two-and-a-half-hour Zoom meeting to discuss these issues.

So what does real action look like? That is still being decided. Traylor hopes to set up a leadership council when he can be back with his team in person and then plan a course of action.

“This is a chance for them to really use their platform for a watershed moment,” Traylor says. “One day those guys can come to me and say, 'coach, remember when we first started together and this is what happened?'”

Traylor says he will support his players in their push for change and wants to help lead them however he can.

“We have a unique opportunity for a white football coach from East Texas to be leading a lot of black, brown and white men in a multicultural city,” Traylor says. “It would make a heck of a story if we do this correctly.”