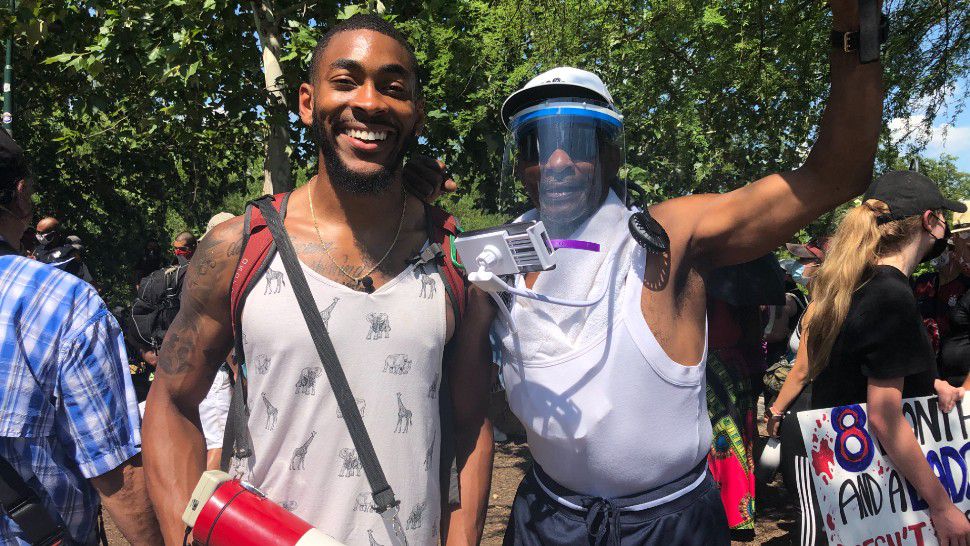 SAN ANTONIO -- The call for social justice in the face police brutality and racial inequality has continued for more than two weeks since the death of George Floyd. In San Antonio, peaceful protests continue to highlight local injustices around the community. On Monday, a march led by a teacher made its way through parts of downtown before concluding at La Villita Historic Arts District.

"I don’t want you to feel that you’re fighting alongside strangers," said march leader Trevor Taylor. "I want you to get to know these people."

Taylor is a Wagner High School English teacher. He first began protesting just days after the death of George Floyd. Soon, though, he found himself in the company of like-minded people hoping to spark change.

"Regardless of the differences between us, we’re still fighting for the same cause," said Taylor, shouting to the crowd of more than 300 marchers. "Thank you for showing up. It's 100 degrees and it's easy to sit inside the A/C."

Their movement hopes to lift the voice of the voiceless. Taylor says he didn't seek out to become a leader in this movement, but his innate skills brought him to the top.

"It’s thrilling, it’s exciting, but there’s a lot of pressure," said Taylor. "This is a big burden because it is now my obligation to lead these people in the right direction and to lead them with truth, love, grace, patience, and most importantly, peace as well."

As a crowd of protesters made its way silently to La Villita, Taylor couldn’t help but think of the hate he and his students have witnessed.

"We’re just picking up the baton. We’re the third leg," Taylor continued. "We're coming around the curve, but we’re trying to hand it off because we need this next generation to be the ones that finish it."