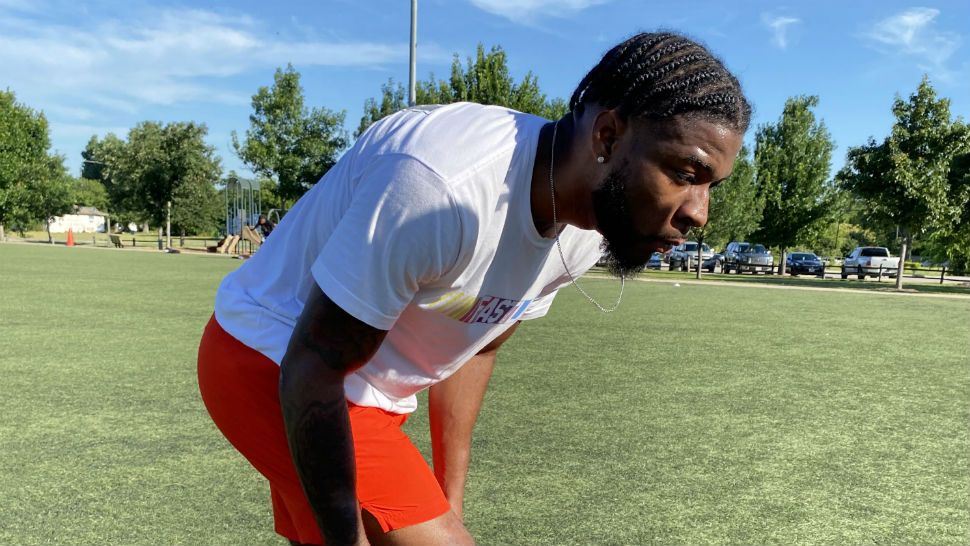 AUSTIN, Texas -- August 28, 2015 that was the last time Ke Shawn Somerville played in a football game. That was the season opener of his senior year.

Somerville and Hendrickson High School made the trip to take on state powerhouse Judson that evening. It was in the first half of that first game- Somerville went to make a tackle but in the process injured his neck. During an interview Spectrum News did with him a few months after, Somerville described what happened after the injury.

“I was paralyzed for about 15-10 minutes. I couldn’t feel nothing from the neck down,” said Somerville.

Somerville would eventually gain feeling in his lower body but had to leave the field that night on a stretcher. He missed the rest of that season but started to feel better.

The teen was a highly rated recruit who had verbally committed to TCU early in high school. TCU kept that scholarship for him and in February of 2016 he signed with the Horned Frogs.

“I thought I was going to come in, get the proper treatment and get back on the field the next year,” Somerville says.

Just days after he moved into his dorm those plans were altered. Ke Shawn’s family had to come back and in a meeting with coaches and doctors they delivered the news that TCU could not medically clear him to play.

“I was heart-broken,” Somerville said. “That’s been one of my dreams to play for that school.”

Without football, Somerville says he went through some dark times and it took him a while to find other outlets that he enjoyed in life.

“I took a break from football and just veered off so I could ease my mind,” Somerville said. “To be at peace with myself in case I don’t ever play again.”

TCU did honor his scholarship, so he took advantage of that to get his education and graduated last month. Somerville also had surgery to help with his neck injury.

After the recovery process he was cleared by his own doctors and decided he wanted to give football one more shot. In May he found out that he would get that chance at Southeastern Oklahoma State University.

“A lot of people don’t get that opportunity especially coming from the injury that I had,” Somerville said. “I know what happened the last time I put on some pads but I just got a foot in the door and I’m fixing to take advantage of my opportunity.”

Somerville plans to report to school in July and hopes to be back on the field when the season begins September 12, just over five years after the last time he played in a game.​