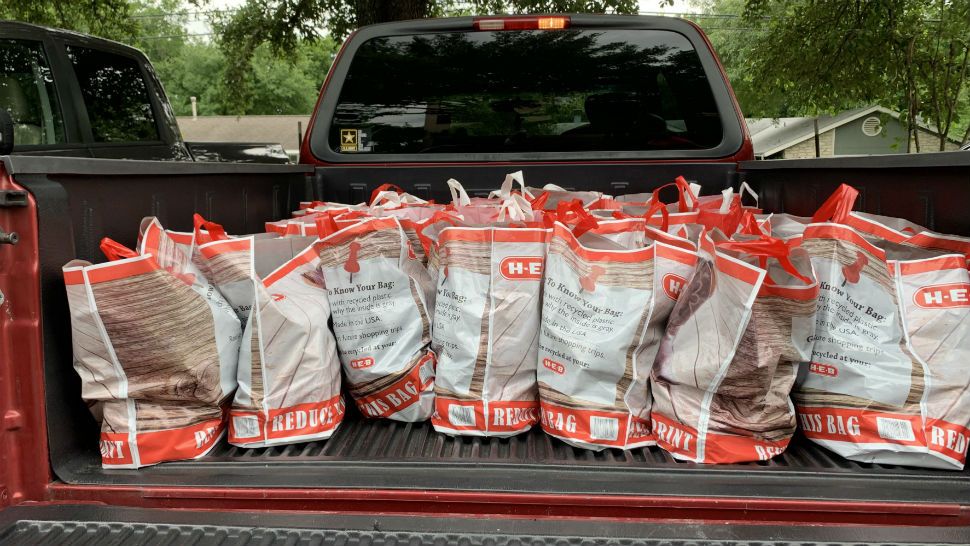 AUSTIN, Texas — As historic civil unrest continues over the death of George Floyd, an unarmed black man killed in police custody in Minneapolis, a group of community leaders is hoping to spread a message of unity and charity by addressing food insecurity among vulnerable communities on the city's east side.

Since March, Black Women in Business, a nonprofit group led by founder Rose Smith, has organized grocery deliveries to several modest-income apartment complexes. The group meets several days every week to purchase an assortment of pastas, bread, and other ready-to-eat foods which are then packed in grocery bags, loaded into group members' cars, and delivered to those in need.

The groceries are free of charge to recipients and are purchased by the group.

“We have enough for every single apartment here, so we don’t have to worry about anyone getting left out. They just give us their apartment number and they get their groceries,” said Smith.

Many days the volunteers will arrive at the complexes mid- to late-afternoon and wait for several hours while residents presumably finish work at one or more essential jobs.

“We’re trying to establish a sense of community,” said Smith.

For Smith, the grocery deliveries are one way to uplift communities which she believes are often neglected. The COVID-19 pandemic also added a sense of urgency to issues of food insecurity as residents anecdotally saw less work as a result of the ensuing economic shutdown.

To complicate matters, there are concerns the current tense climate over racial injustice will make entire communities feel all the more ignored as they witness Austin's relative prosperity while they're left behind. Smith says the deliveries offer a chance to “temperature check” the residents the group serves.

“Just grateful that God used us as a vessel to provide for someone in need,” she said.