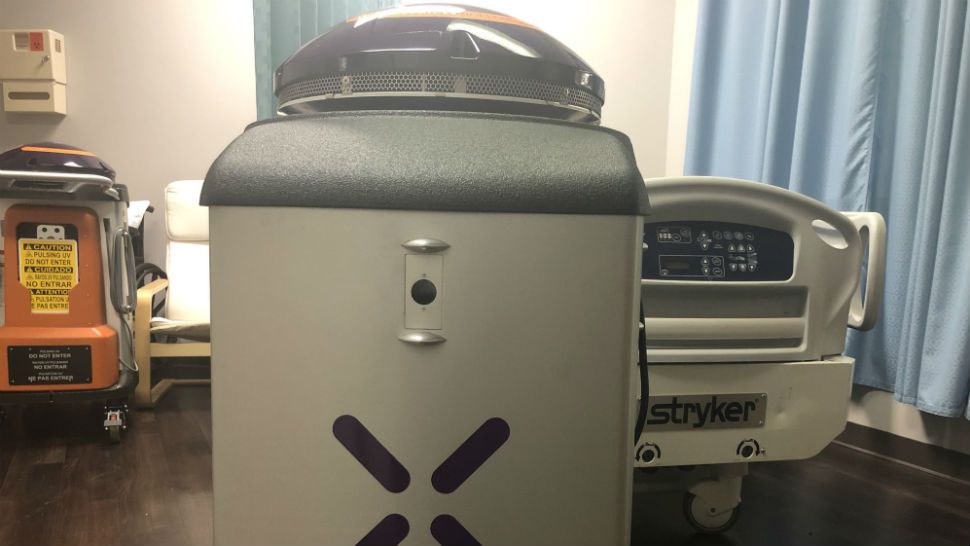 
UV technology created by scientists from John Hopkins University is being put into the machines that are manufactured by Xenex Disinfection Services. The robots work by beaming out a UV light that can disinfect an entire room in less than five minutes.

"The light strike robot is the only thing in the world today proven to kill SARS-CoV-2," said CEO of Xenex, Morris Miller. "They figured out by pulsing a xenon lamp, they could put out broad spectrum high intensity ultraviolet light. When you do that, it destroys pathogens in the environment like SARS-CoV-2 that causes COVID-19."

The technology has been around since 2009. The robots have been used in hospitals such as MD Anderson and the Mayo clinic to help combat other deadly pathogens like MRSA. Most recently, scientists at Texas Biomedical Research Institute put it to test against SARS-CoV-2, and the virus was neutralized. Demand for the robots is now skyrocketing.

"We're running multiple shifts around the clock, seven days a week," said Miller. As manufacturing efforts remain at full throttle, priority in production has been given to government agencies and hospitals. The Texas State government and Department of Defense have already put the robots to use. "Across the world hospitals that use light strike robots have reduced their infection rates nearly 50 to 100 percent. It's kind of unbelievable," said Miller.

"What we're seeing in the market in general now is a lot of pull from places like hotels, from airports, airlines, schools, government office buildings, private office buildings, doctors' offices," said Miller. "All of these people know now that requiring disinfection, getting these rooms disinfected, is incredibly important in order to get back to work. We want to see America get back to work again."