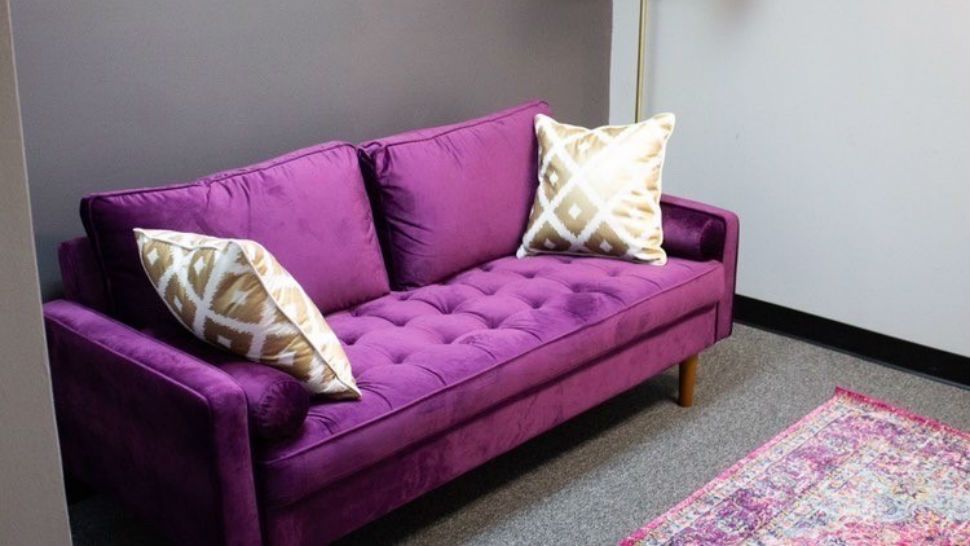 SAN ANTONIO – Jessica Reynolds teaches social work students at Our Lady of the Lake University’s Warden School of social services. The program is the oldest in the southwest but Reynolds isn’t an old-school professor.

“Purple is basically— it means royalty. What I want to do in San Antonio and across the state of Texas for people (is) how to treat themselves like royalty, but more looking inwards,” Reynolds says. “Therapy is a form a self-care, a form of self-love.”

The color purple is also a callout to victims and survivors of domestic violence, an issue Reynolds is passionate about.

“My mission is to really treat domestic victim(s), survivors that want to get the counseling and support in terms of their trauma,” Reynolds said. “And so the purple represents that.”

The highest number of calls in both of those years, came from the 78207 ZIP code— the same area that Reynolds teaches in.

“I knew the severity and statistics around it, and it’s something that needs to be addressed and so that’s why they have monthly meetings to handle it now,” Reynolds said. “The city’s putting more initiative into domestic violence.”

Reynolds wants to continue a welcoming culture that the purple couch has created by offering her clients video sessions through Telehealth.

“Getting the information out across all platforms if I can, even if one person gets it, and they are like, ‘Hey, I want to go and try therapy,’” Reynolds says. “I know I’ve done my job, trying to destigmatize it.”