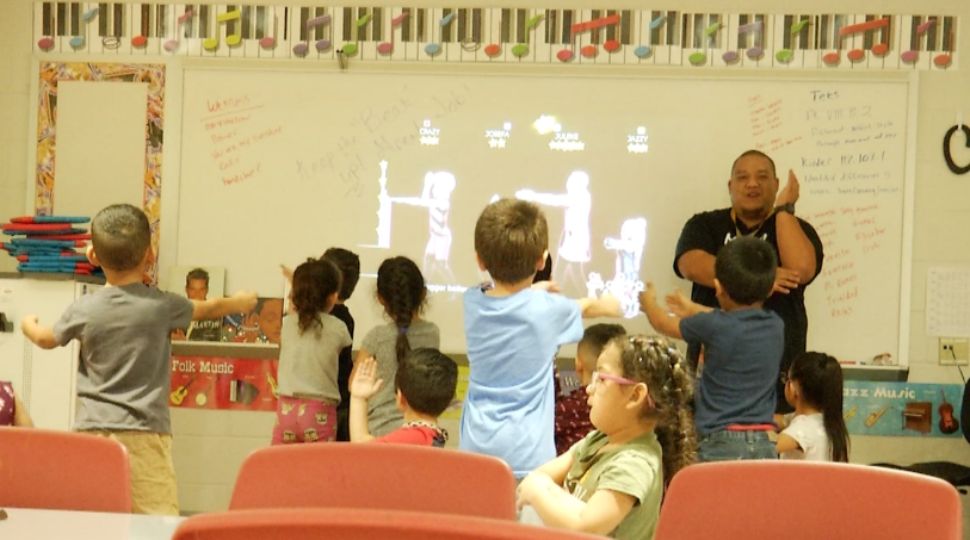 SAN ANTONIO -  Just the fact that he's a "he" is something different when it comes to Pre-K and Kindergarten teachers, but Thanh Thi stands out for more reasons than just his gender.

READ MORE | Inside Menchaca ECC Episode 1: Whatever It Takes

Thi stood out when Menchaca was opened in the fall of 2018. All of the Southside ISD Pre-K and Kindergarten classes were being moved there, and teachers were transferred along with them. Herrera knew she needed Thi and his style to reach more than just one classroom.

"He needs to be involved where he impacts a lot of the kids," said Herrera.

Thi didn't start as a music teacher, but listened to Herrera's plan and jumped onboard.

His teaching style is not only touching base with the kids, but also others who've noticed his work. He was chosen as Menchaca ECC Teacher of the Year, and finished in the top three of voting for the district's TOTY award.

"I think if we took it to a vote in the district, Mr. Thi would be number one," said Herrera.

And while the notoriety would have been nice, that's not what gives Thi his motivation to come to work every day.

"It is being around these kids that bring me this energy, bring me this enthusiasm. I could come to school and be so exhausted, but right when that bell rings and I see those kids, the world changes, the sun comes up," said Thi.