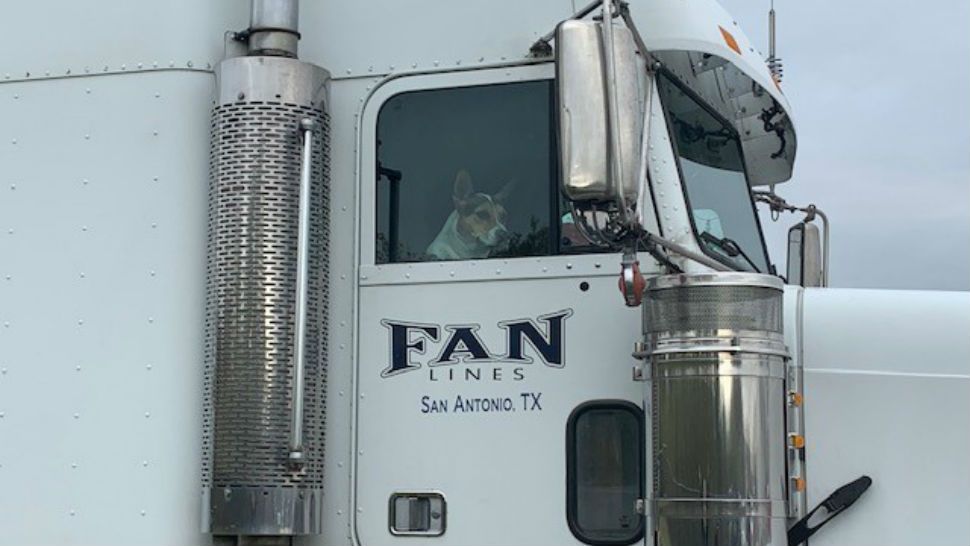 SAN ANTONIO – After her dog Bandit died last year, Florencia Aguilar fell into a deep depression. But after adopting a new pup from a San Antonio shelter, she’s beginning to find her passion again.

Bandit was a 6-year-old Pekingese toy dog that died after a battle with stomach cancer.

"When I lost him to cancer I was devastated," said Aguilar.

Aguilar said she had a hard time leaving the house after his passing. Yet, she often had to put her feelings aside to continue her work as a truck driver, which requires her to be on the road a lot.

"On my return loads, if they were not considered hot loads where I have to be there in a hurry, I would take forever to come home," she said.

When Aguilar came to terms with Bandit's death, she wasn't sure if she was ready for a new pet.

She ended up opening up her heart again. This time to an unlikely companion at San Antonio Pets Alive.

🐶: Sparky is one good boy! This AM on @SpecNewsSA find out how this pup is making a HUGE difference in one local truck driver's life after she adopted him from @sapetsalive. pic.twitter.com/BmnYVm9Gts

"I said, 'Well you know what? I'll just look to see which dog is being left behind that nobody takes home,' and for weeks I kept looking at Sparky," she said.

When Aguilar arrived at the rescue shelter to meet the Jack Russell Terrier for the first time, she said their introduction wasn't ideal.

"I felt like he wanted to eat me alive," said Aguilar.

Yet, the young pup's fur color resembled Bandit's. A sight for sore eyes, Aguilar decided to not to give up on the rescue. She began making several trips to visit with him.

"Because of his situation I was just focused on Sparky and it finally worked, I brought him home," she said.

Now the two go everywhere together, including on the road in her big rig. It’s a companionship Aguilar says made her find her joy on the open road again.

"I didn't know he was going to rescue me from my depression, and he did. In the process, I rescued him from his situation and it has worked wonderfully for both of us," Aguilar said.

Now their story is being recognized by the Petco Foundation. In December, Aguilar's adoption story won the San Antonio Pets Alive 2019 Holiday Wishes award, which provides the shelter with thousands of dollars in grant money.