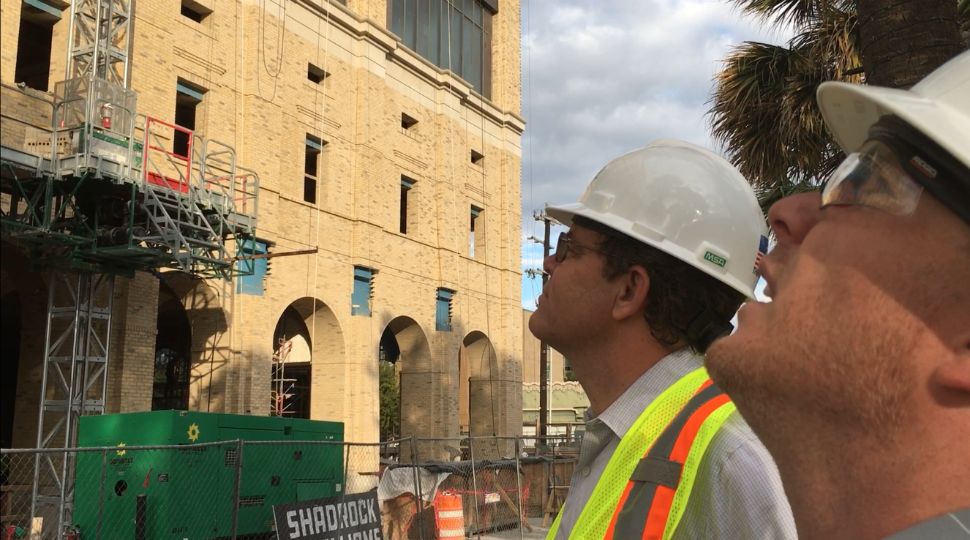 SAN ANTONIO -- The construction site entering the Pearl will be the city's greenest-ever commercial building.

Credit Human is building its new headquarters at 1703 Broadway.

"Yeah, this job has been the first for a lot of us," said Matt Dunn, MEP coordinator at Joeris General Contractors.

RELATED: San Antonio Family All In For Home Energy Efficiency

He thinks this job will change the way we will build in the future.

"It's the entire package of everything that we're doing on the job with all the high-efficiency equipment, the super tight air barrier, the solar, the geothermal, the water source equipment," said Dunn. "All that stuff combined has created such an energy efficient building."

But it's the not first for Credit Human CEO Steve Hennigan.

"So my house is basically a small prototype of this large project," said Hennigan. "We drink the rain, we live off of the sun and earth's temperature at my home."

RELATED: VIA Transit Working on Ways to Reduce Emissions

The building will use a building envelope to seal it, captured and repurposed rain water, and underground water to heat and cool along with solar panels.

"So when you add all this up, that building over there will use the equivalent power from CPS Energy of about four houses today and it's going to use the amount of water from SAWS of about one house," said Hennigan.

The plan is to reduce carbon emissions by 1,600 metric tons, which is equal to taking almost 350 cars off the road each year, every year.

"To those that want to take a look at what we did and how we did it and candidly, I want someone to do it better than us," said Hennigan. "So if we can actually set the tone and someone comes and does it better than us and reduces some of the pressure on municipal recourses and improves their cost profile, we're all for it."

Dunn says Hennigan is the most involved owner he's ever worked with.

"No owner has been as knowledgeable on the system and the calculations and how things function and how they work," said Dunn.

"It's a hard project but they've made it look easy, but it's been hard," said Hennigan.

"It's been fun. We're ready to do another one," said Dunn. "You wanna build another down the street?"

They hope this will energize construction using what the earth and sun are already giving us.

The new Credit Human building will open in August 2020.