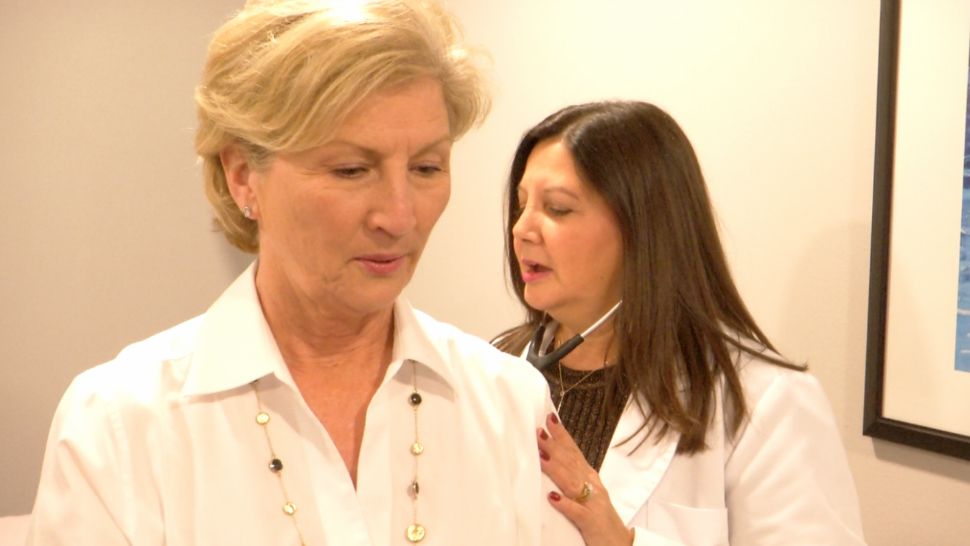 Betty Southerland, 69, is examined by Dr. Roxana Rhodes in this image from November 26, 2019. (Matt Mershon/Spectrum News)

TEXAS -- Dozens of primary care physicians across Texas have transitioned away from the traditional insurance-based model of doing business, and are now practicing a form of direct primary care.

Betty Southerland, a 69-year-old Austin resident, had been going to the same doctor for the better part of a decade. But last year Southerland's physician, Dr. Roxana Rhodes, alerted her patients that she would be transitioning her practice to a "concierge medicine" office instead.

"I really didn't know much about what a concierge doctor was," said Southerland.

Southerland attended informational sessions Rhodes hosted to explain the key differences between how things had previously operated and how they would be operating under a concierge medicine model. Instead of billing through insurance, concierge medicine and direct primary care providers establish a monthly fee for patient membership that allows patients to see their doctor whenever they want.

"I have unlimited access to her by email, by text - the office," said Southerland. "She has more time to spend with me."

Time with patients was a major motivator in Dr. Rhodes' decision to switch over to concierge medicine.

"The average time that an appointment in a traditional practice is 10-15 minutes, and some it's even seven minutes a patient," said Rhodes. "It's very hard to do quality medicine. You don't want to feel like you didn't do the best you could. You're trained to try to do as much preventative care and what ends up happening is that is lost because you barely have enough time to take care oF the immediate problem."

Rhodes' practice shrunk from nearly 3,000 patients to a little less than 600. The third-generation Texas physician said resizing of her practice was necessary to achieve the more personal care she's now able to deliver to her patients. Her typical patient visit is now closer to something between 30 minutes and an hour.

The personalized medicine Rhodes offers includes wellness testing, as well as discounted genetic testing - something insurance often won't cover. It's that type of preventative care that may have saved Southerland a trip to the emergency room.

"I found out that I was predisposed to heart disease," said Southerland.

Southerland said Rhodes was able to discuss diet, routine, and medication changes that should help stave off a potential heart attack. The proactive approach is something Rhodes said can save her patients money in the grand scheme.

"These types of practices have been shown to actually decrease the cost to the patient in the long run," said Rhodes. "They don't end up in the emergency room or hospital."

But there is the chance that you could end up requiring emergency care, part of the reason Rhodes and other DPC providers don't suggest getting rid of insurance altogether.

"You may decide to change the type of coverage you have, but you do need insurance coverage because you need it for your medications, for imaging, for other specialties," said Rhodes.

Rhodes' office still accepts insurance for certain services, but the visits are covered under the monthly membership fee. Southerland has Medicare and also pays close to $170/month to see Dr. Rhodes.

The fees associated with membership at Rhodes' practice vary by age, with patients under 26 paying roughly $70 a month, typically requiring less care and attention than Rhodes' older patients.

Southerland understands the practice may not be for everyone, but she appreciates the unlimited access and the personal relationship she's fostered with her doctor.

"I don't think some people want to spend the extra money that it would require to have a concierge doctor," said Southerland. "But to me, it was worth it."