AUSTIN, Texas – Rodney Reed supporters are preparing for another rally at the Governor’s Mansion on Saturday, November 9.

From celebrities to politicians and even athletes, all eyes are on Texas ahead of the scheduled execution of Rodney Reed.

Reed was sentenced to death in 1996 for the murder of Stacy Stites.

He has maintained his innocence since the murder and in the last few months, new witnesses have stepped forward saying they have information that supports Reed.

WATCH ABOVE: Spectrum News's Nicole Cross sat down with one supporter who says it's time to set Reed free.

Since then, celebrities, including Beyoncé and Oprah Winfrey, have been taking to social media talking about Reed and supporters say thousands of people have called Governor Abbott's office asking him to stop the execution of Reed. 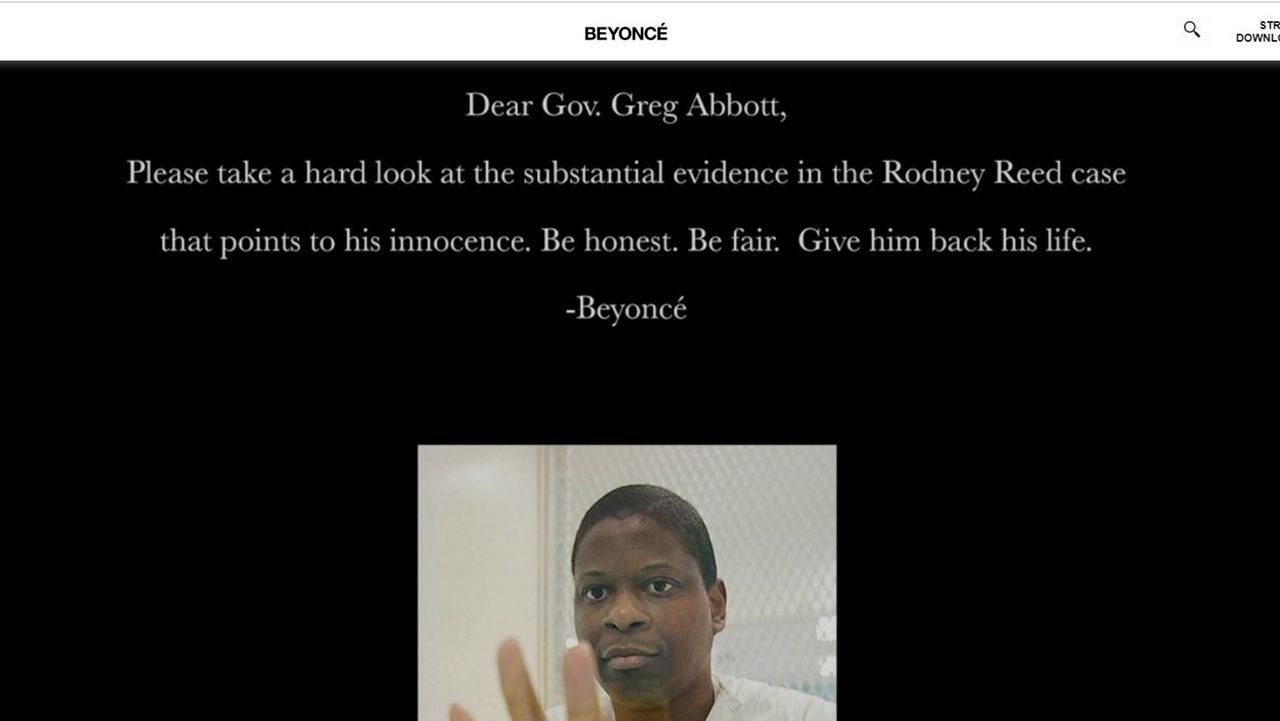 Additionally, 2 million people have signed a petition asking for the execution to be stopped. Organizers have raised their signature goal to 3 million.

On Saturday, November 9, supporters will be gathering outside of the Governor’s Mansion from 2 to 5 p.m.

Thank you @Oprah for standing up and speaking out for Rodney Reed!

And for mentioning our petition @ https://t.co/7Ty1Wyu29n.

Over 2 million people are demanding that @GovAbbott stop this execution.