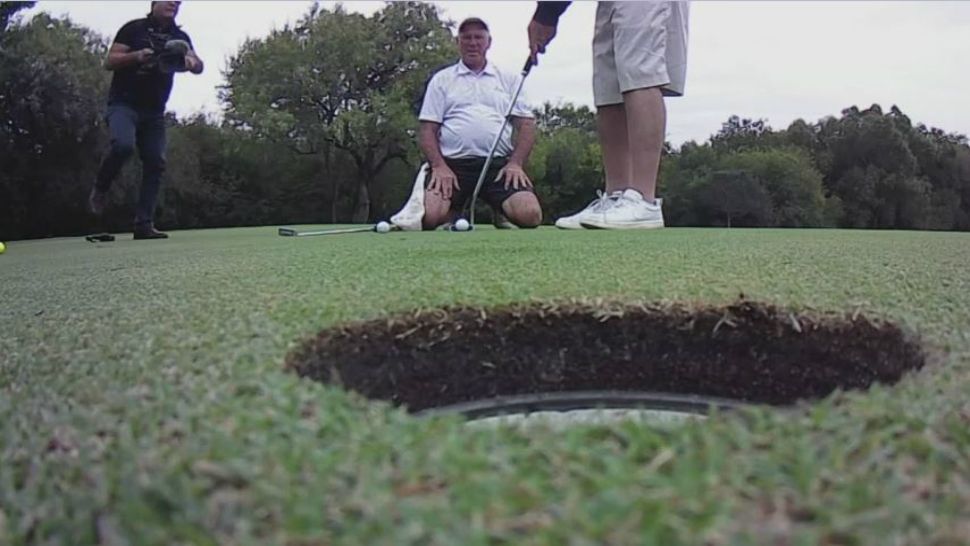 SAN ANTONIO -- Texans this week celebrated White Cane Day. The day, this year observed on October 15, acknowledges the abilities and contributions of the blind.

It additionally promotes equal opportunity and awareness of how the blind and visually impaired can live and work independently.

On Wednesday, golfers from the United States, Canada, Scotland, and England gathered to compete in the American Blind Golf National Championship Tournament.

Golfers, including Mario Tobia, from New Jersey, attended in order to raise money for the Blind Children’s organization at San Antonio Lighthouse.

It was anticipated the event would raise more than $100,000.

Blind golfers use guides to help them to navigate the course and tee up the ball.

Tobia began to go blind when he was in his 20s and he is now completely without vision.

“You just have to overcome that and put yourself out there,” he said. “You can’t give in to disability.”

Now in its 11th year, the tournament has so far raised $1 million. This year’s winner, Canadian Doug Penner, show a 140 over two days.