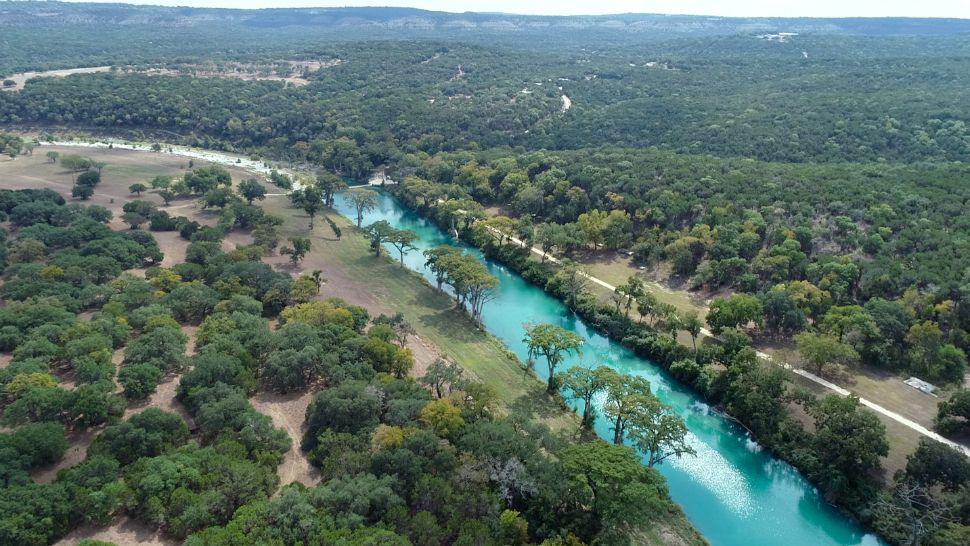 HAYS COUNTY, Texas -- It's something many Wimberley residents have been aching for: a public park with waterfront access.

Now, that dream could finally come to fruition.

Hays County has the ability to secure 533 acres of El Rancho Cima, with land on both sides of the Blanco River. This purchase would give the public access to a special part of the Texas Hill Country. El Rancho Cima is a nearly 2,400 acre property along FM 32 between Wimberley and Canyon Lake. The ranch was recently sold by the Boy Scouts, but the new property owner divided it into smaller parcels of land.

This is El Rancho Cima. The beautiful 2,382 acre former Boy Scout ranch was sold to a property owner that divided up the land into several tracts. Hays County is eyeing 533 acres with a mile of Blanco River access that's up for sale: https://t.co/SvxNSIS7Lm pic.twitter.com/KPh4Qi83xv

Hays County has some bond money set aside for habitat conservation and is looking to purchase the tract of land the Blanco River cuts through to create a public park.

Many residents remember the land as being a former Boy Scout Ranch owned and operated by The Sam Houston Area Council of the Boy Scouts of America. For more than six decades, the BSA was the primary steward of El Rancho Cima, giving troops from all over a place to camp along the Blanco River.

Former Scoutmaster for Wimberley Troop 127 Doug Holberg vividly remembers the beauty of camping at El Rancho Cima and is all for conservation.

"When you're driving into Cima and you're up high and you're going in on a dirt road and you're wondering, 'Okay what's so special about this place?' And then you take this dip down into the river, It's beautiful. It's just a stunning and beautiful place,” said Holberg.

Holberg's troop worked to get their merit badges in fishing and wilderness survival on the Blanco River, which cuts through El Rancho Cima.

"For those scouts to be able to come out to what I would call a near wilderness environment, that's incredibly important. Having a place like Cima where you can you can play a lot of that stuff out in a controlled environment, and a beautiful environment is a major plus. I was frankly devastated when I heard they were selling it,” said Holberg.

As a Wimberley resident, Holberg would like to see public access to the Blanco River, as would many of his neighbors. He supports Hays County and the effort to purchase this land.

“The wilderness seems to be disappearing. That’s why it’s so important to capture it and hold it, whether it’s a private entity that does that or a government entity. Everything is going to get developed if you don’t do something,” Holberg said.

Hays County Commissioner Lon Shell has been the driving force behind the proposed purchase. He said the future public park may operate much like Jacob's Well, where swimming times are reserved during May through September 30. The preliminary plans, presented at a recent Commissioners Court meeting, are to allow between 60 and 80 people at $10 per person during four-hour time slots.

There could also be discounts for Hays County residents.

“There has been a great deal of interest in conserving El Rancho Cima,” Shell said. “We have been working on ways in which to participate in these efforts and now have the ability to secure a 533-acre portion of the ranch that has frontage on both sides of the Blanco River. This gives Hays County a unique opportunity for conservation and partnership opportunities to preserve water quality and endangered species habitat as well as provide public access to a special part of the Texas Hill Country.”

The premier tract of land the county is eyeing is currently under contract with the Nature Conservancy. Shell said Hays County is working toward a partnership with TNC and negotiations are underway.