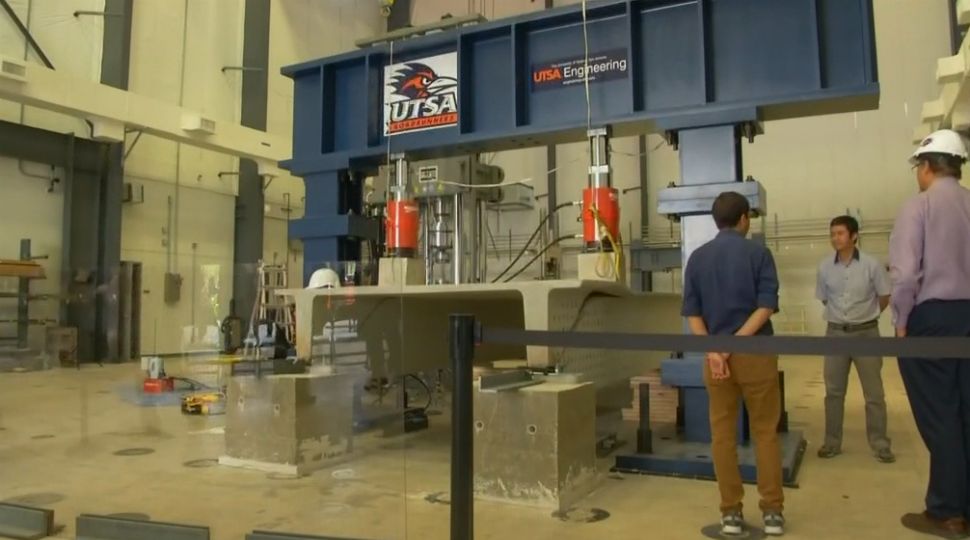 SAN ANTONIO – The University of Texas at San Antonio is celebrating the grand opening of its newest facility, that’s said to be one of the most unusual research buildings in the world.

On Thursday, the College of Engineering hosted the debut of their Large-Scale Testing Laboratory on the university’s Main Campus. The 50-foot tall lab will allow civil engineers to build and test the structural integrity of systems, such as a concrete building, highways and bridges, in a realistic setting.

.@UTSA is showing off their latest addition! This is the Large Scale Testing Lab at the Main Campus. Students will be able to now research, test & create infrastructure to better withstand natural disasters. @SpecNewsSA pic.twitter.com/6zPlnKJ80i

The $10 million lab will facilitate the testing of components and systems at nearly a 100 percent scale, allowing for a wide variety of geotechnical and structural engineering projects to be conducted.

A highlight is the reaction floor installed inside the 15,000-square-foot facility.The 40x80-foot floor will allow researchers to test real-size structural systems and components. The reaction floor rangers from three to five feet thick and provides capability to apply to test loads up to 4 million pounds of force.

Department staff say it makes it one of the highest reaction floor capacities in the country.

Underneath the reaction floor is a basement structure for researchers to secure test specimens and monitor experiments.