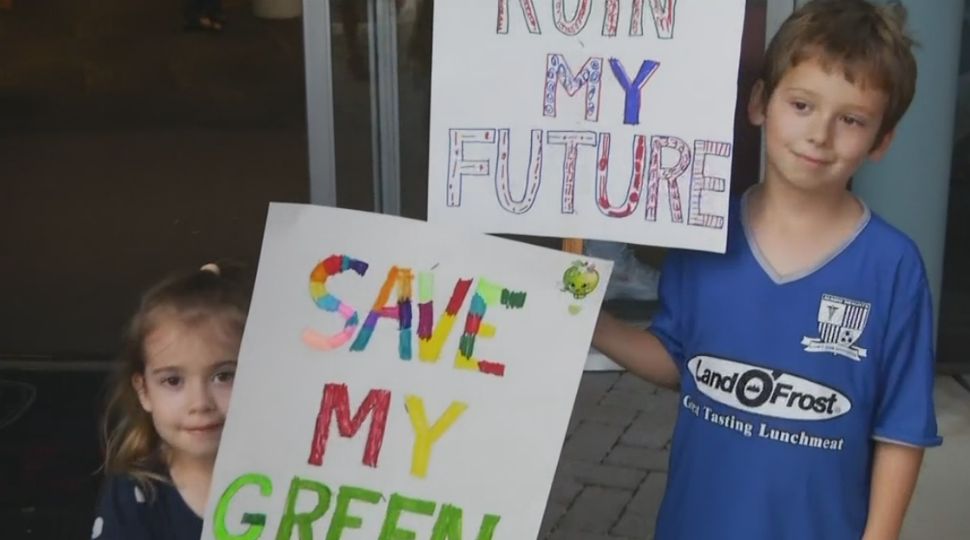 SAN ANTONIO -- Students, staff, and faculty at Trinity University used the Global Climate Strike to educate, inspire, and share ideas on how to make the planet a sustainable place to live.

"It's the willingness of people to get involved in something that is really about a life and death issue here in San Antonio," student Malcom Fox said.

The Global Climate Strike was organized by younger adults and millions of people worldwide attended similar events.Trinity University joined in by creating a "Teach-In" day, essentially turning a "sit-in" protest or possible student walk out into a different experience.

"So many of the students here are eager to put what they are learning at Trinity into practice as soon as possible," said former professor Meredith Maguire.

Maguire was stationed at one of the many booths that were set up along the perimeter of the event, and was trying to get students to volunteer with to help with the college's own climate action plan.  It's that connectivity between the students and the staff that inspires Fox.

The Coates Center is packed for the #ClimateChange teach-in. A diverse group of @Trinity_U faculty are sharing knowledge from their disciplines. It’s clear. Our behavior must change; we must be better choices, “but don’t let perfect be the enemy of the good.” #ClimateStrike pic.twitter.com/agzoGbiB2D

"The people that are really making the decisions at the institution are thinking about the right things, and I really hope that is truly the case," he said.

While that's a step in the right direction, former student Briauna Barrera, who spoke at the rally, says there's more that can be done.

"If divestment isn't at the center of that climate plan then it's not really a viable climate plan," she said.

She also hopes events like this can actually make a difference before it's too late.

"If the event happens just to happen and everybody just goes, 'we're done' and they go back to what they were doing, it doesn't matter," Barrera said. "If it them prompts people to take action, then it's meaningful.