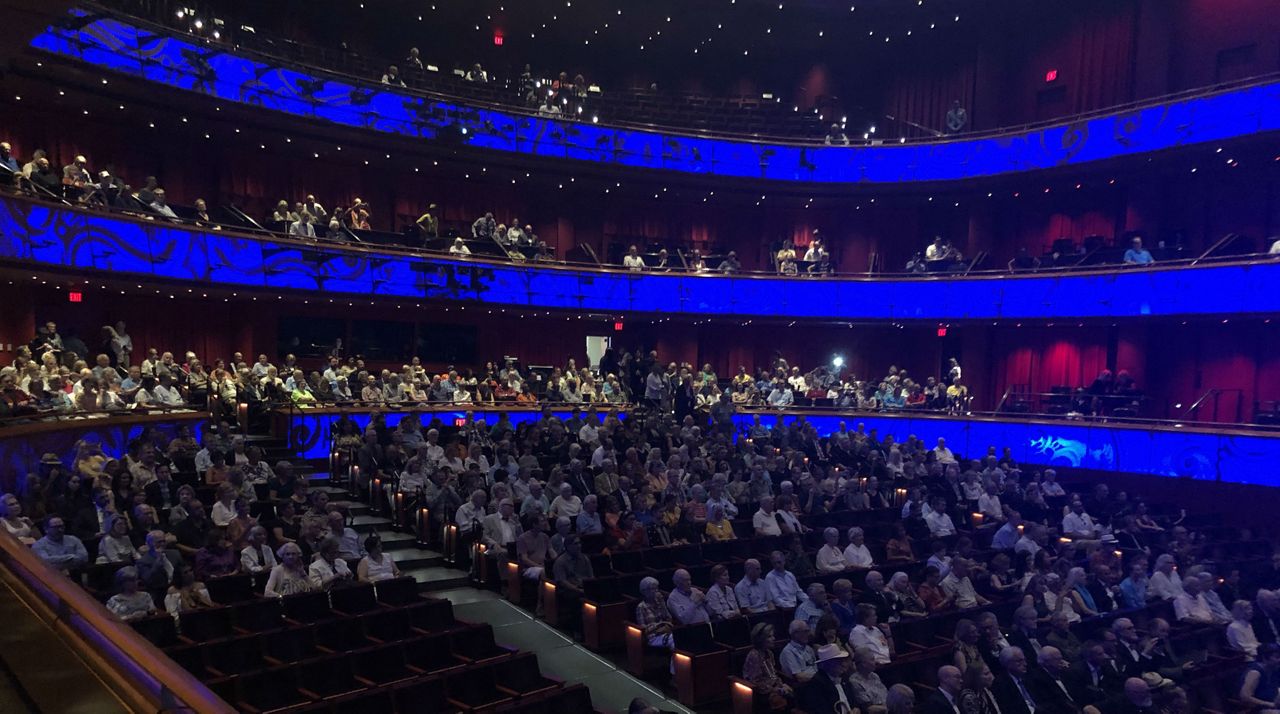 Hundreds of people inside the Tobin Center during a tribute to Jim Cullum Jr. September 1, 2019 (Spectrum News)

SAN ANTONIO -- Hundreds of people made their way to the Tobin Center Saturday afternoon to pay tribute to the life of world famous jazz musician, Jim Cullum Jr., a San Antonio music legend that died August 11 after a heart attack.

"His sound was his body and soul," said his daughter Blanquita Cullum as she addressed fans, family, and Cullum's fellow musicians.

The cornetist and his father were the pioneers of iazz in San Antonio, starting their musical roots right along the banks of the River Walk.

Hundreds of people are celebrating the life of Jim Cullum Jr. at the Tobin Center in San Antonio. @SpecNewsSA pic.twitter.com/8oUyhYAUcF

"The greatest jazz musician ever to come from the great state of Texas," said Cullum's son James Cullum III.

Cullum Jr. spent 25 years brightening moods and serenading ears coast-to-coast on more than 200 public radio stations. When Cullum wasn't out abroad on tour, he and his jazz ensemble, The Jim Cullum Band, helped shape the mold of the San Antonio River Walk. They held performances at one of the first clubs along the river called The Landing.

Aside from his music left behind, the legend left people with these words read by his companion Donna Cloud.

"Please let’s take global warming seriously, and do what we can to help out," said Cloud.  "Please let’s be kind to one another. Let’s be tolerant and accepting. Let’s celebrate our differences and agree to disagree."

Cullum was 77 years old and leaves behind six children.