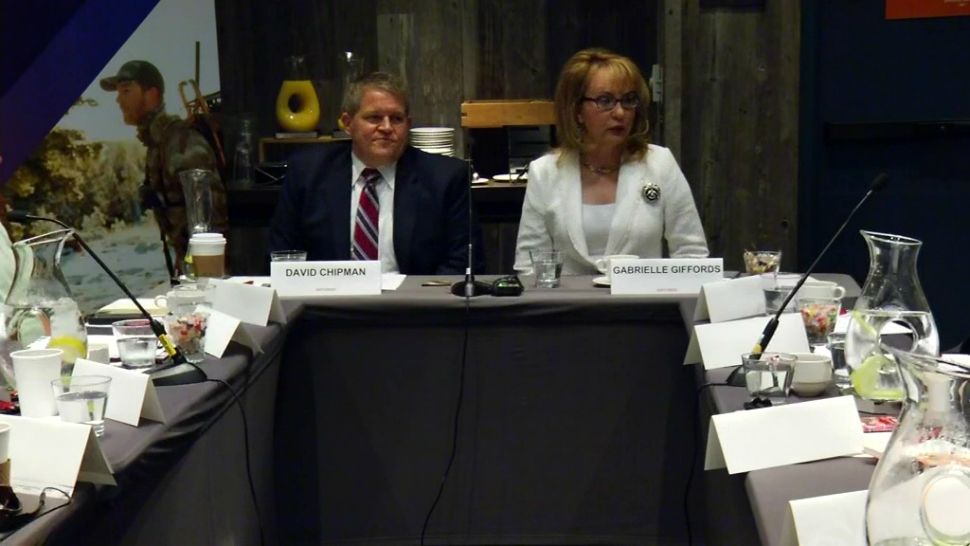 AUSTIN, Texas -- There's been a growing voice in Texas in the face of so many mass shootings: gun owners advocating for stronger gun laws.

They want to take action because of their growing concern over gun violence in the country. Giffords was severely wounded in a 2011 assassination attempt and now runs a gun advocacy group. In the wake of the mass shooting in El Paso that killed 22 people, she came to Texas to help launch the grassroots organization. The goal is to advocate for commonsense gun laws and responsible gun ownership.

“This is a conversation that I would say is happening over a beer, or at the Thanksgiving dinner table.” -- former ATF agent David Chipman.

Chipman is helping to take the conversation public. He said he worries about the accessibility of weapons of war, especially those purchased through private sale.

“Today, you can go to a gun show, meet at a private party, buy a gun and the way they’re marketed is, people feel like they’re ready to go. They are not ready to go,” said Chipman.

According to the Giffords Law Center, more than 3,000 Texans are killed every year by gun violence: that's one person every three hours.

“We need a data system that everyone can go through and everyone can use, not just one state, this state, all states,” said Krov.

The group said they plan to be a strong presence at the State Capitol in 2021 to prove that rights and regulations can co-exist.

“I think the greatest threat to my Second Amendment rights are people that are motivated by this ideology that we can’t do anything,” saida gun owner at the round-table.

Giffords has helped launch similar groups this year in Minnesota and Colorado. She'll also join the Latino Victory Project this week to kick-off a Texas tour to condemn White supremacy and gun violence against Latinos. A town hall is planned for Thursday in El Paso.