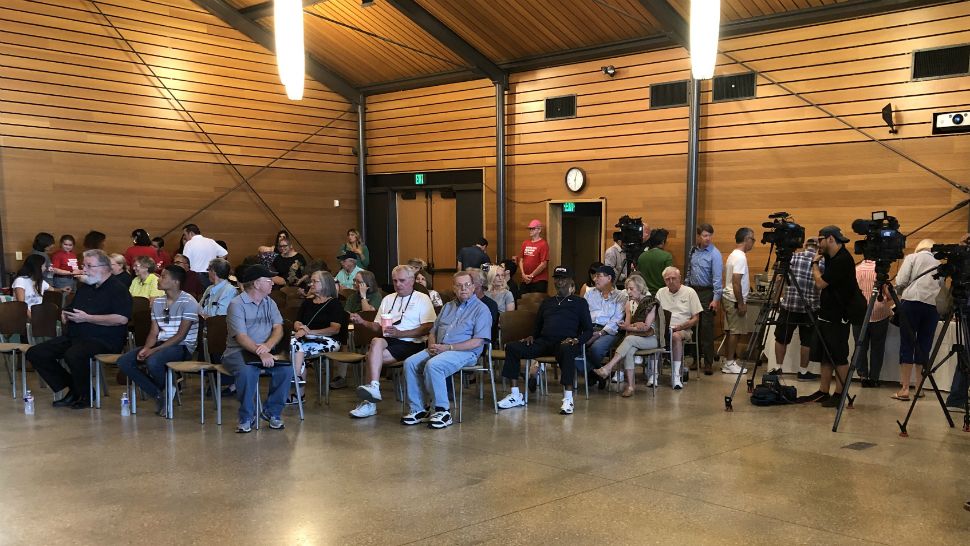 A crowd gathered at Phil Hardberger Park Urban Ecology Center in San Antonio, Texas, for a town hall meeting on gun control in this image from August 14, 2019. (Chris Grisby/Spectrum News)

A panel of local religious, mental health and academic leaders spoke to about a crowd of 100 people in attendance about things people can do in San Antonio to prevent a mass shooting from happening in their backyard. Peláez said the goal of Wednesday's evening's town hall was to get a pulse of how people are currently feeling and the causes of the uptick in gun violence around the nation.

Currently, the U.S. ranks 10th in gun violence compared to other nations, according to the institute for Health Metrics and Evaluation.

Some of the issues discussed Wednesday were fully understanding mental health issues people may have prior to mass shootings, and not allowing racism to pass of as a mental health issue. Many attendees also cited social media as a negative platform to have discourse about guns and violence in the community.

One San Antonio woman, Eva Perez,  says the town hall served as a good place to hear all opinions when it comes to hot topics such as the Second Amendment. Perez hopes more people continue having positive discussions to prevent another attack from happening again.

"I really thought it was an important thing to have in our community," said Perez. "What happened in El Paso could have easily happened here in San Antonio. There's nothing different about the motive that could've changed anything. I'm brown, I could've been at that Walmart that day."

The next meeting will be held at the Central Library on August 29 at 6 p.m. and the final installlment is slated for September 10.