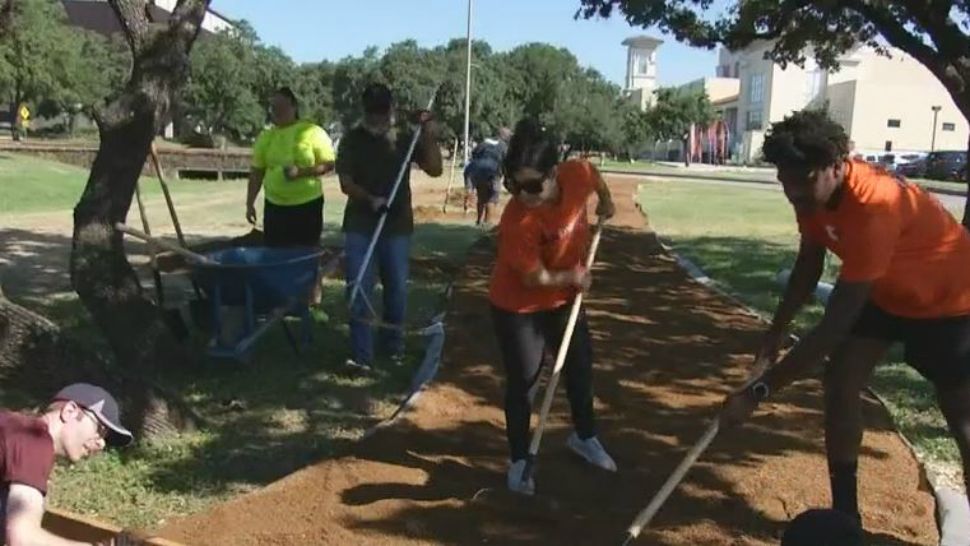 Stark said he did not know Tito Bradshaw personally but knows of the tragic accident that cut short the life of the local cyclist and entrepreneur.

"I thought it would be good to remember him and do something that he loved," Stark said.

Bradshaw heavily promoted the cycling community he was a part of. In April the 35-year-old was hit and killed by a suspected drunken driver while riding his bike on the city's east side.

"It was really inspiring for this project because we want to create that same sense of unity for the bikers here at UTSA," said UTSA architecture student Christian Dittmer.

"This is part of a new grant we just were awarded and so that will be part of this and part of the bike shop and opening everything up," said UTSA Director of Sustainability Lani May.

A ribbon-cutting ceremony for the trail and bike shop is slated for September.