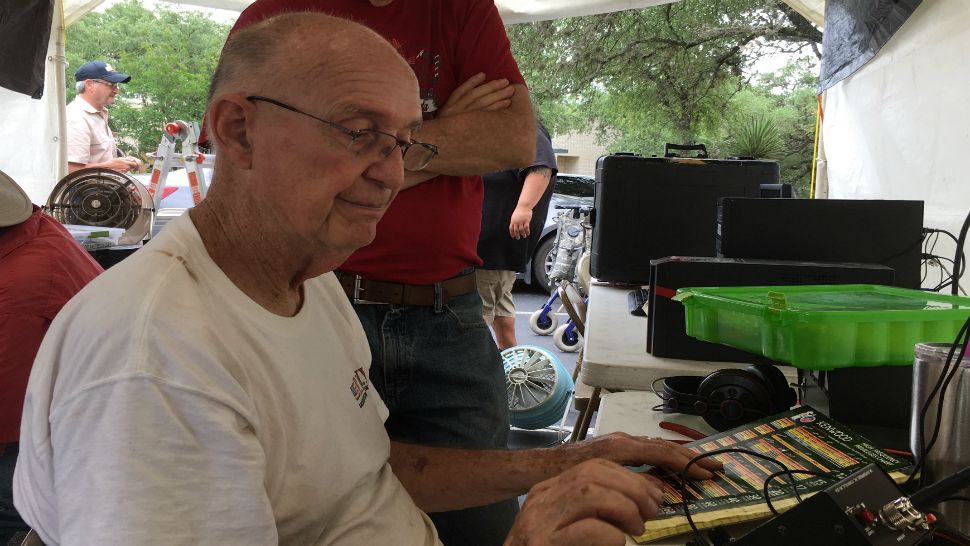 Lloyd Swartz tunes his amateur radio to participate in the nationwide exercise in this image from June 23, 2019. (Lauren Due/Spectrum News)

The 100-year-old club tried to make as many contacts as possible with other ham operators. Ham operators used amateur radio bands to make contacts around the world in a nationwide exercise.

"As we make contacts we'll be entering them into the database," said Lloyd Swartz, a San Antonio Radio Club Member.

After running off generators and makeshift antennas that file will be submitted to the Field Day contest.

"Ham radio is one of the only ways you can communicate during a natural disaster," said Bill Craft the San Antonio Radio Club Membership Chairman

That might include a scenario in which a hurricane knocks down the cell towers.

"The concept is for us to do a drill but the other idea is to make the public aware of ham radio," said Craft. "It's fallen by the wayside when everybody has a cell phone that can talk to anybody in the world."

"I actually started when I was a kid, that would have been back in 1960 or so when I was in high school," said Swartz.

The goal is to reach the most contacts but also to have fun.

"To me it's more about the fellowship and joining the club," said Craft. "It's a comradery you get by coming out to events like this and sharing your interest with other people."

"Our call sign for the club is Whiskey-5-Sierra-Charley," said Guzman. "Now sometimes it doesn't come out and you can't hear it as well so we'll say Whiskey-5-Santa-Clause."

He said it's just to make it sound a little cuter and friendlier over the air.