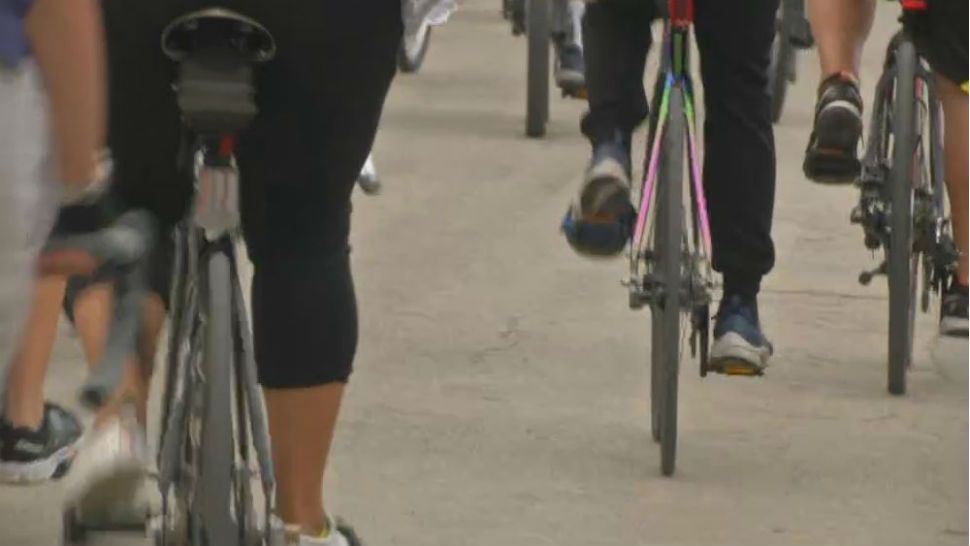 A group of cyclist going for a ride. (Lena Blietz/Spectrum News)

New Nonprofit Hopes to Save Lives of Cyclists

SAN ANTONIO — Many locals are nervous about biking on San Antonio’s roads, especially after the recent deaths of two prominent cyclists.

“Our biggest fears are DWI, DUI and distracted driving. Those are the biggest challenges bike riders have right now,” said Jeff Moore, the president of SATX Social Ride.

Dr. Naji Kayruz and Tito Bradshaw were both killed by allegedly drunk drivers.  Now, the city is finally listening to cyclists demands for change.

“So it’s kind of bittersweet, we’ve been trying to push this for years and it’s just sad that it took the deaths of two very fine individuals to cause this,” Moore said.

On Tuesday evening, around 200 cyclists took a ride through Downtown to launch Live to Ride. The new nonprofit aims to teach both drivers and cyclists how to share the road, as well as get additional bike lanes throughout the city.

“We know that there are a lot of cyclists here, they’re just afraid to get out on the roads,” Moore said.

“It is not fair to be concerned about your safety when you’re riding your bike down a street that is meant for multi-mobile transportation,” San Antonio Mayor Ron Nirenberg said.

The charity is a partnership between the City, the 80/20 Foundation, SATX Social Ride and the San Antonio Cycling Alliance.

“If we want to be ready for a million more residents by the year 2040, we need to honor downtown streets and other streets, where people can walk, ride or get in their car,” said Rebecca Helterprand, vice president of the San Antonio Area Foundation.