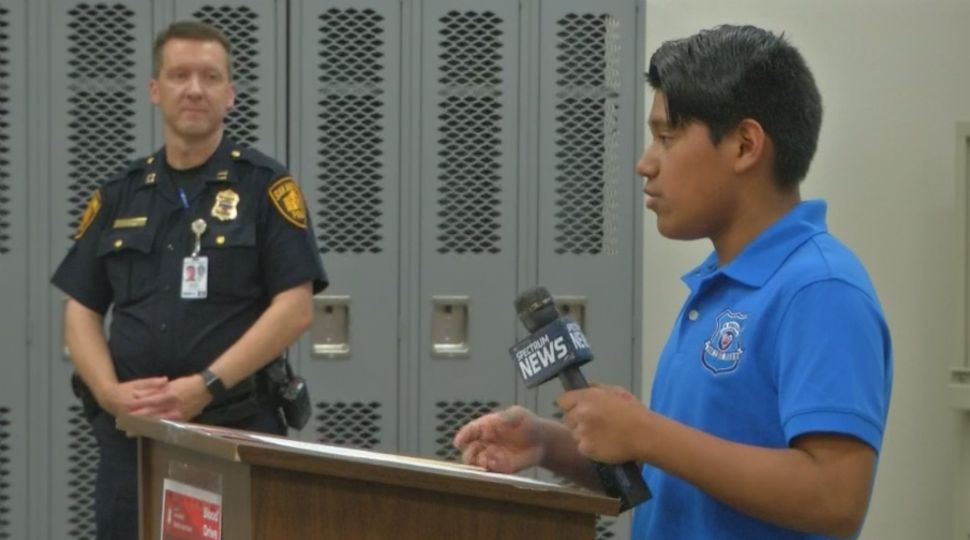 SAN ANTONIO -- To thank local law enforcement for their service, a 12-year-old runs a nonprofit he started a year ago to give officers a snack during their shift breaks.

On Tuesday afternoon, seventh-grade student Samuel Cisneros was recognized by the San Antonio Police Department during one of its roll calls.

"I felt like they weren't getting appreciated enough and I wanted to show that a lot of people appreciate them and love them, for what they do,” Cisneros said.

He’s a proud American working to change the lives of cops around him, but he was born in Guatemala and adopted as a baby.

Last year, when he was 11, Cisneros founded “A Break For The Blue,” a nonprofit that gives out gift cards to officers, so they can get a cup of coffee or a treat during their breaks.

"After a long shift that really comes in handy, to reach into your pocket and think of Sammie, and say, ‘Hey this is going to be great, I'm going to get a cup of coffee,’” Captain Mike Brown of SAPD said.

"We don't always run into the citizens that are really appreciative, and so this is a reminder, that when they use that gift card, to think back to this moment about how they are appreciated,” Sergeant Kelly Bender of SAPD said.

Cisneros was motivated to help after five Dallas police officers were targeted and killed in 2016.

Some of the gift cards are donated by businesses and others are purchased with donated funds.

Last year he wrote a letter to President Donald Trump, and was invited to tour the White House. Then, on Tuesday he was recognized by the SAPD.

"They're very surprised that a kid so young would have such a bright idea and they're always very excited,” Cisneros said of the officers when he gives out the gift cards.

Most seventh-graders don't know what they want to be when they grow up, but Cisneros knows he wants to give back to the country, either by joining the military or law enforcement, or by working as an attorney to represent officers.

"Being from Guatemala, and being adopted and being an American citizen, I feel very special that I was given a gift, and I want to share that as well by doing this,” Cisneros said.