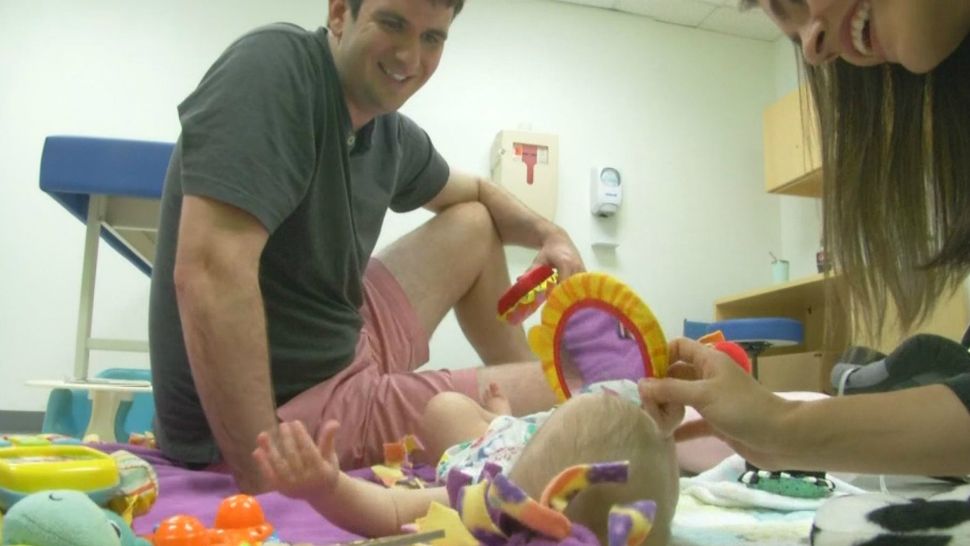 SAN ANTONIO - A new cutting-edge program is taking a rare look into the risk factors of autism for infants and toddlers.

"You'll hear people say, 'Well, why did you have more?' You can't live your life like that. Each one of your children is unique and an important member of society," said San Antonio mother Sonyia Villalobos as she sorted through family photos.

Villalobos is a mother of five. Her kids range in age from 1 to 24. She always knew they shared a lot of the same traits, but never expected them to share so much.

"I knew something was going on with her when she was about 5. Her motor skills were kind of bad," Villalobos said.

Her three oldest children are on the autism spectrum.

"I knew something was wrong. I knew it," she said.

She and her husband moved their family from Michigan to San Antonio a year ago so they could focus more on the kids.

"Last summer, actually between the two boys I was doing 12 appointments a week just for the therapies," said Villalobos.

She eventually met Dr. Melissa Svoboda with the Children's Hospital.

"Siblings of children who are already diagnosed with autism have a one in five chance of having autism themselves, so 20 percent, that is huge," Svoboda said.

That frequency sparked an innovative research opportunity on the local level. UTSA, The Children's Hospital of San Antonio, and the Autism Treatment Center were recently awarded a $1.3 million state grant to develop a new program.

"All the intervention we have currently is based around kids who are about 3 years and older," said Jessica Graber with the Autism Treatment Center.

The team is hoping to find 75 infants and toddlers to take part in the two-year program.

Researches say a decline in eye contact with a parent over time can be an early indication of autism in a young child.

"We are looking at the six-month time period as a starting point up to 36 months, so this would cover the range that's currently unavailable for some of those patients," UTSA assistant professor Leslie Neely said.

While it may be too late for Sonyia's oldest three to be a part of the program, she has hope for what this new research could mean for other parents like her.

"It gives me kid of goosebumps thinking about it because as a parent who has one that has some issues, then another one has some issues, you're thinking it couldn't happen again. The sooner they can find it, the sooner you can start dealing with it and stop that child from falling behind," Villalobos said.