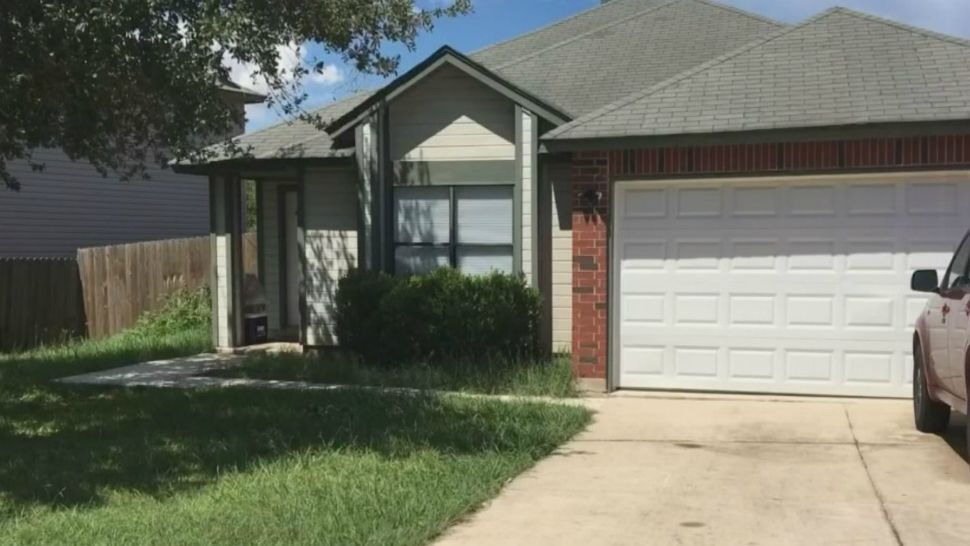 BEXAR COUNTY, Texas --  Tied up with duct tape and threatened at gunpoint. That's how an attempted robbery played out Sunday morning.

This is the third major incident the Bexar County Sheriff's Office is investigating over the past two weeks on the Northeast Side.

"This is all from the tape, the blood marks and stuff, and there's a big welt still from the tape. You can feel it," said Azrielle Benham as she showed Spectrum News the bruises on her arms.

Eighteen-year-olds Azrielle Benham and Cameron Klebaz will have physical scars for a little while, but the couple might share emotional ones for longer.

"I just thought they were going to kill us. At one point he like tapped me in the head with his gun," Benham said.

"During like the first moments, when the door kicked in and I first saw the guns pointed at me, was more like, is this really happening?" Klebaz said.

The two just moved into this house on Chestnutt Bluff about a week ago.

Their two roommates, who have been living there for a while, were able to call for help and scare away the suspects.

"I just think it was a random home invasion," Benham said.

However, Bexar County Sheriff Javier Salazar thinks it's a far from random.

"We believe that somebody in that house that was involved to some extent with drugs was the intended target. It's unfortunate that other occupants of the house, whether they were involved or not, became victims of that," Salazar said.

This incident is the third violent case in this area over the past two weeks.

Earlier this month two separate shootings left two men dead. All three happened within two miles of one another, just outside of Converse.

"There's a gang nexus tied to those two cases. These folks that were involved in these two murders were living what we would consider to be a high-risk lifestyle," Salazar said.

Salazar said there hasn't been an alarming uptick in random crime in the area and he has a message for neighbors living in that area.

"For the most part, you're not going to become a victim of these sorts of crimes unless you're living in that lifestyle," he said.

If you have any information, you're asked to call Crime stoppers.