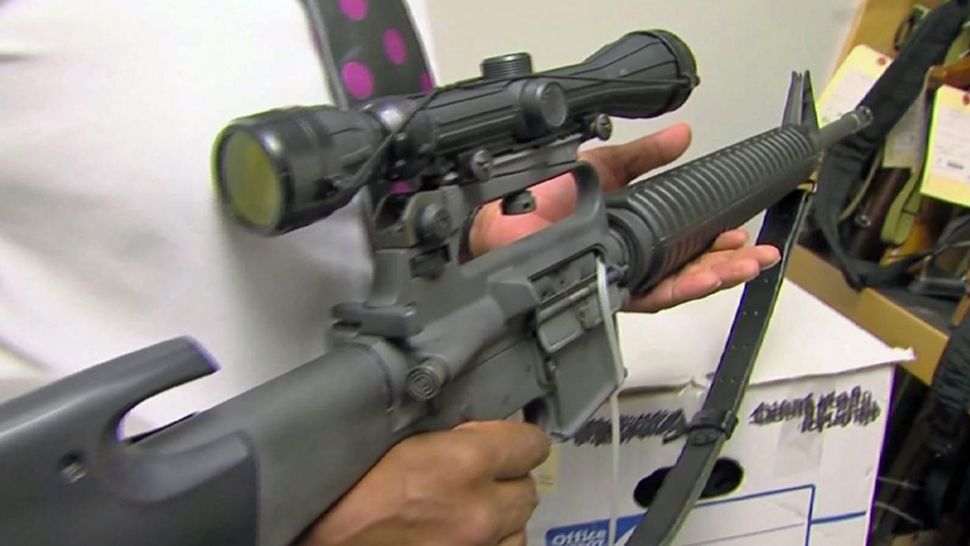 AUSTIN, Texas -- Texas lawmakers are clashing over the need for court-ordered gun removals.

State senators explored the issue of 'red flag' laws Tuesday, as they continue to examine ways to make Texas schools safer in the wake of recent school shootings.

It's been more than two months since a gunman killed eight students and two teachers at Santa Fe high school. The school has since increased security since the May 18 attack, and school leaders are now watching Texas lawmakers closely to see what fixes they can find to make schools safer.

One issue addressed Tuesday by the Texas Senate Select Committee on Violence in Schools & School Safety: passing a law creating Extreme Risk Protective Orders or so-called "red flag" laws. That would allow a judge to strip a person of their firearms if they're found to be an immediate safety threat, but gun rights advocates say it's redundant.

"Anything that a Red Flag Law would address is already being addressed by the mental health laws that we have presently," said Gary Wells, who said he analyzed existing state laws for the Texas State Rifle Association.

"Is your organization just adamantly opposed to those, or do you think there is a middle ground that we can come up with on the policy standpoint," West said.

"The only reason a middle ground would make any sense is if you are going to lower the standard," said Wells.

"The answer to my question is yes or no," West followed up.

Also addressing the panel was Becca de Felice from the group, Moms Demand Action. De Felice said 13 states have Red Flag Laws on the books; five of them have enacted the laws since the Marjory Stoneman Douglas High School shooting in Parkland, Fla., in February.

"[Red Flag Laws] are enabling them to actually go to the courts and say, 'My dad, my sister or my brother is having an extreme mental or emotional crisis,'" she said.

Former Texas Land Commissioner and staunch gun rights advocate, Jerry Patterson, said he supports Red Flag Laws to an extent. For one, he said they treat the threat without needing to make someone a convicted criminal.

"It allows a civil process that doesn't follow somebody around if they just weren't thinking straight," he said.

"I have never supported these policies, nor has the majority of the Texas Senate," he said. "I have made it clear that school safety will be a top priority next legislative session and I have encouraged school superintendents to move forward with steps they identify to enhance security before the coming school year."