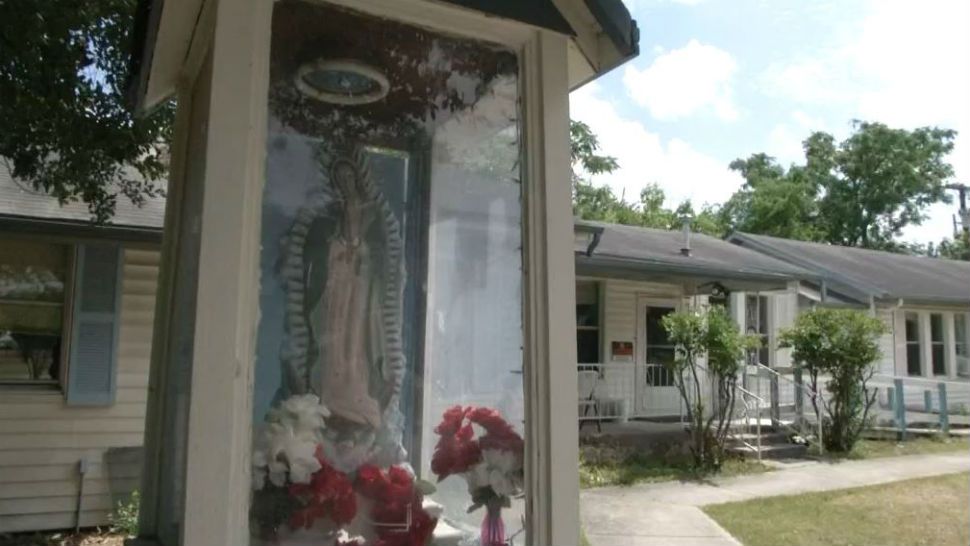 Immigrants at the Posada Guadalupe house open up about why they came to the U.S.

Immigrants open up about why they came to US

SAN ANTONIO – For those living in a humble house on San Antonio's West Side, it is the only home they've ever known in the United States.

The residence is a temporary home for immigrants waiting on paper work to become legal residents.  The process can take years.

Posada Guadalupe is a place for young men who crossed alone and illegally into the U.S. as children. The young men are too old to be housed with children in other shelters. Hundreds of immigrants have called Posada Guadalupe home over the past 12 years.

One young man, who asked us not to reveal his identity, said he traveled 25 days to make it to the U.S. He was only 16 years old when he left Guatemala. He said he came on a train they call the Beast, then traveled on a bus, and crossed through a desert before he was caught. He said back home, he picked crops, but it didn't pay well. He is now working in the U.S. to send money back home to three sisters and his mother.

These are the stories Father Phillip Ley wants people to hear. After living in Central America, he said the things he saw would add a new perspective on why immigrants take the risky journey.

"Their environment is violent, the poverty is intense. Like one boy said, 'we know we're going to die anyways we might as well take out chances and go north,'" said Ley.

Father Ley says these men don't want handouts. The house is empty during the day because the teenagers are in school, or out working to support themselves and send money back to their families.

"I'm very much impressed with their commitment to get ahead, and they never forget their mothers," said Ley.

Posada Guadalupe doesn't charge rent. Instead, it depends on donations to keep the air conditioners running and food on the table. Father Ley said it's hard not to help once you stop and listen.

"You can't see the forest for the trees. Sometimes you have step out of the forest to see the big panorama and see our country from a different perspective and you get a better vision. I'm not speaking bad about the United States that is not the case. We just need to know the truth," said Ley.

The young immigrant we spoke with said necessity forces people to do many things, no matter what barriers or borders stand in the way.